So for the past couple of days I've been quietly working on a campaign world of a post apocalyptic nature & so far there are some campaign notes that I've got in DM Steve's note book. According to him we're going to be using several wildly variant sources. To start with is Kevin Crawford's Other Dust a post apocalyptic Stars Without Numbers add on supplement that doesn't get nearly enough traction as it used to. And next is the free intro adventure Grandfather's Rain. Now again Grandfather's Rain doesn't get nearly enough OSR limelight as it used to. 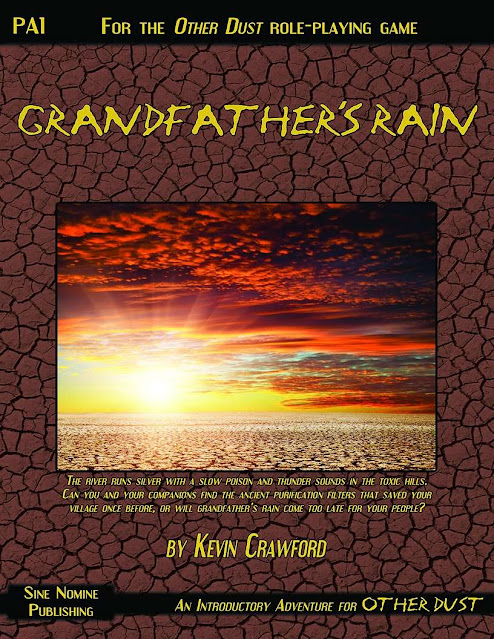 The free intro adventure Grandfather's Rain actually includes ready to go NPC's, the village of Broken Tree fully mapped out, Digger Springs, a mud-mining settlement, and The Ashbrook Research Center again fully mapped out & ready to go.  And these are perfectly aligned with what we want to run. In our case its a Thundarr The Barbarian style campaign but set on another  colony world as a part of our 'After The Fall of Man' campaign setting.
'After the Fall of Man' is a part of our on going ' The Barbarian Conquerors of Kanahu'  & Colonial Troopers campaign. The idea is that certain sectors of hyperspace have only recently opened up. And here's where strolling through the Frugal DM's blog came in very handy for our campaign. He highlighted Tim Snider's Free Mutant Future Supplement 'The World of Thundarr The Barbarian'

The idea is that someplace out in large arm of ' The Large Magellanic Cloud (LMC)' is a failed exoplanet that has been sending out signals into the hyperspace ether. Several black wizard warlords have arisen to power on this lost colony world.
And things are getting desperate for the former colonists as the bugs have been moving in. The world is resource rich and its prime real estate for the PC's to take on. And here's where things get dicey as the PC's have a world to tame.
Unknown to almost everyone is the nanite swarms & other nanite created monsters that are lurking on the edges of the wilderness.
And its here that a few traditional D&D style monsters are going to come in!


This colonial world is going to have gone fully over into the wilder aspects of the 'wilderness' theme that we've seen in 'Original Dungeons & Dragons volume 3 The Underworld & Wilderness Adventures'. 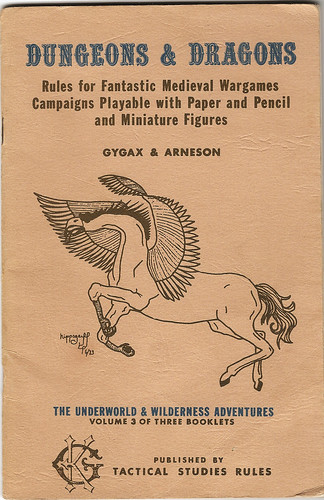 The idea of the wilderness or wasteland being one of the most dangerous areas on an alien exoplanet goes with some of the spirit that we find in Gygax's & Arneson's 'Original Dungeons & Dragons volume 3 The Underworld & Wilderness Adventures'.  And its this same spirit of danger to PC's that we see in some of the dangerous monsters in Colonial Troopers Knight Hawks.
Now here's the thing, this failed colonial exoworld is going to become hotly contested because of several things:
You can download the Free OSR Adventure Module 'Grandfather's Rain' By Kevin Crawford here