Matters Of The Demonic - OD&D Supplement III: Eldritch Wizardry & The Empire of The Petal Throne Rpg

Tonight we've been cracking OD&D Supplement III: Eldritch Wizardry's spine tonight where demons were first introduced in original Dungeons & Dragons. Demons are foes are nothing to add into even a high level campaign lightly. 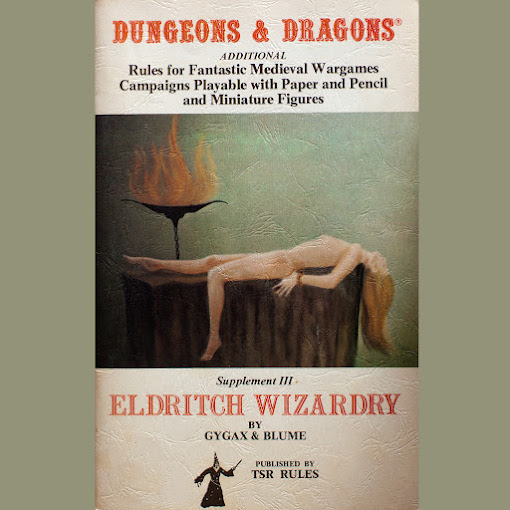 " DEMONS: Each type of demon, as well as the Demon Princes such as Orcus and Demogorgon have many extraordinary characteristics, and those which are not common to all the ilk are dealt with in separate paragraphs accordingly. Demons all have the following characteristics in common: Infravision; the ability to teleport (no chance of error); cause darkness (in varying degree of effectiveness); and open a "gate" (varying degree of success according to type). Demons are chaotic and evil; the smarter and stronger rule those of their kind who are weaker and less intelligent. The less intelligent w i l l attack without question and fight until slain. Demons of type V and above are not actually slain when their material form is killed in combat; their material form being removed from their use, the demon in question is thereby forced back to the plane from whence it originally came, there to remain until a century has passed or until another aids it to go forth once again. Demons will never willingly serve anyone or anything. If forced to serve through magic or threat they will continually seek a way to slay their master/captor. Those to whom demons show a liking are typically carried off to the demons' plane to become a slave (although a favored one). Demons frequently roam the astral plane. Their attention is also attracted by persons in an ethereal state. Check normally for wandering monsters, assuming a 10% chance of a demon appearing if a wandering monster is indicated." 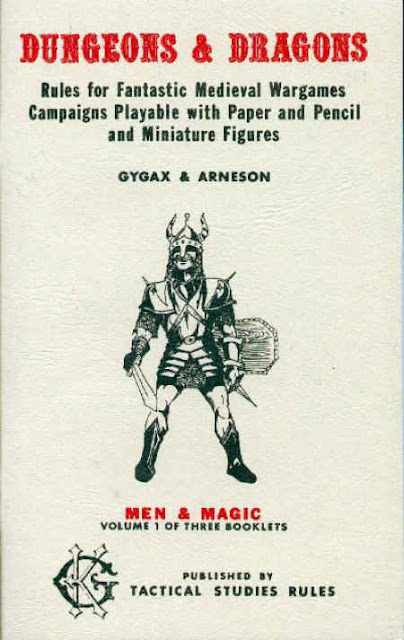 "If the name of a particularly powerful demon is spoken there is a chance that he will hear and turn his attention to the speaker. A base 5% chance is recommended to the referee. Unless prepared to avoid such attention—or to control the demon—the demon will thereupon immediately kill by whatever means are most expeditious the one pronouncing his name."

And one of the things that comes through is the fact that demons hunt the Astral quite often. This means that the demons are always on the hunt for humanity through the Astral plane. And this brings up a very important point & that is that the Astral is also available to the Empire of the Petal Throne rpg! How did I come to this conclusion?! Reading through an OSR Grimoire blog post on the Astral 's Baron Greystone's comment from August 23, 2020; "Also please note that one of the Undying Wizards from Barker's Tekumel is also named Fu Shi. He participates in other-planar meetings between important political figures in the novel "The Man of Gold."" What does this mean?!
Well reading closer into it. It could potentially mean that Abyssal demons haunt the Astral plane of Tekumel! 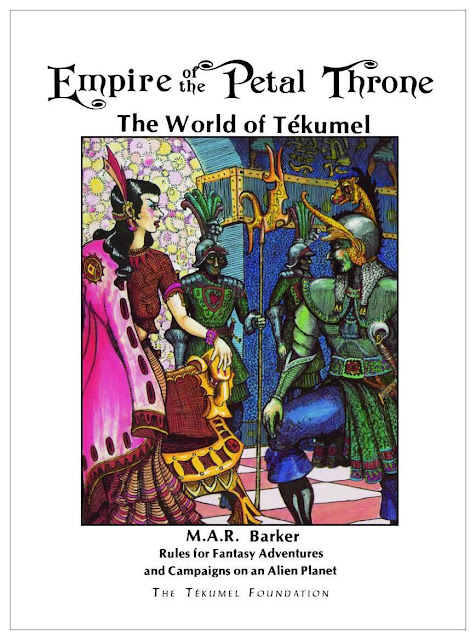 This means that the magus priests of Barker's Tekumel are subject to the triple threat of the Abyss's attention, the depredations of Chaos, & the fact that Abyssal demons are tracking them through the Astral. And this isn't the only issue that the magus priests have to face. The planes of Tekumel are very active & many alien as well as god forms inhabit them. See Dr.Barker's Man of Gold for more interaction on Tekumel's planes.
This also brings up questions about the role of the Abyss in Tekumel's planes? There's plenty of fodder for using the Astral within EPT's Tekumel's adventures & the adventure factor that a demon could be lurking around the corner.
Posted by Needles at 8:37 PM