Some Thoughts on Wererats In Old School Sword & Sorcery Campaigns

So I started looking back at some of DM Steve's notes on Thieves Guild by Game Lord, LTD. Now back in June of 2020 I covered some of my experiences with Thieves Guild but then that business didn't go anywhere. And I shelved those notes. 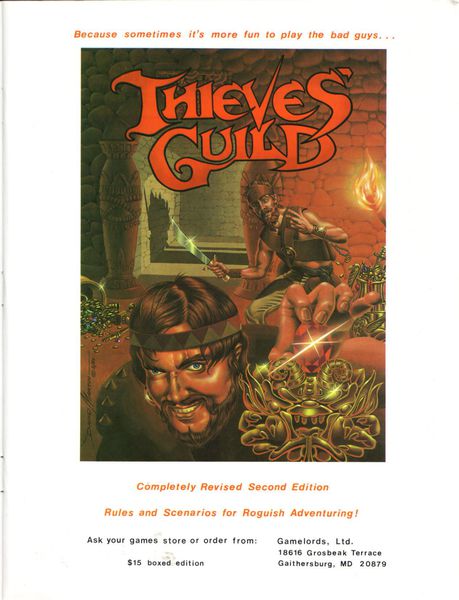 Zipping through the Stackexchange I came across this post about to 'To what extent were Dungeons & Dragons were-rats based on The Swords of Lankhmar?'  And the post got me thinking about using were rats controlled thieves guilds as their elite leadership & as one of the controlling forces for the local beggar's guild. And there's an Arduin connection where Daniel Boggs said, 'At this point, no one seems to remember, although the connection seems very likely. However it wasn't Gygax who introduced wererats to the game or coined the term. The were-rat was first one of the Twin Cities monsters introduced by Dave Arneson and his players. Who precisely is responsible is unclear, but wererat first appears in David Megarry's prototype Dungeon! game (1973) and next in Greg Svenson's Tonisborg Dungeon (circa Jan 1974).' 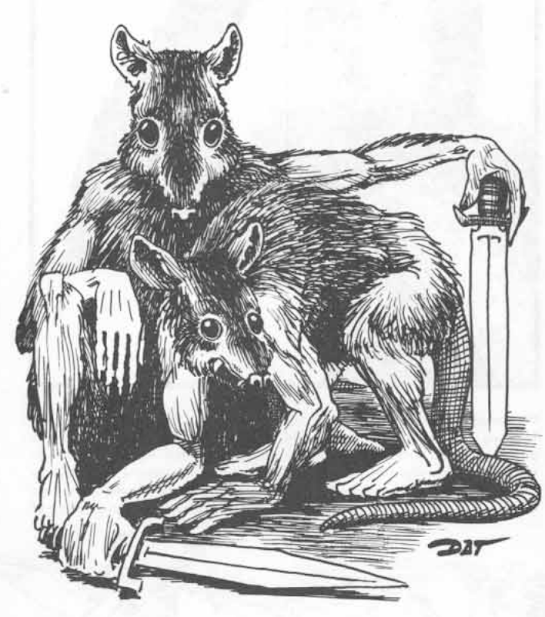 So this begs the question, 'Are wererats the perfect monster hybrid to bridge the gap in a Sword & Sorcery' game?! I believe the answer is yes & there are several reasons why: 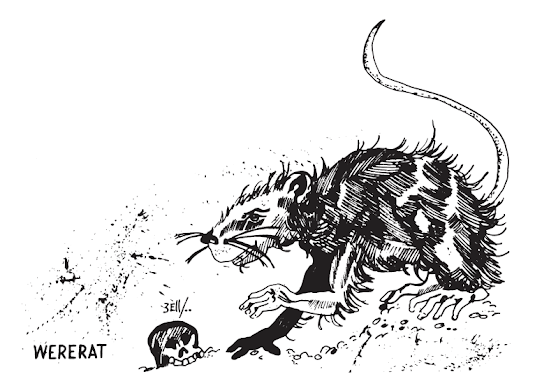 Flying Buffalo Catalyst system books coupled with Thieves Guild books gives legs to a possible network of wererat controlled thieves guild holdings. And as a part of an information selling network a perfect addition to a Sword & Sorcery campaign.
According to the Forgotten Realms Wiki entry on Wererat's ecology;"Ratmen were cannibals, eating uninfected humans and subsisting on what they could scavenge or steal. Wererats were noted to rarely mate with other wererats, instead mating with uninfected humans. The progeny of a male wererat and a human woman was human, but the child would inherit many of the physical characteristics of its father in his human form. The child of a female wererat and a human male were giant rats with paws that resembled human hands known as ratlings. These ratlings grew to maturity by the age of two and had the ability to transform themselves into human children who appeared to be roughly three times their real age"

So this speaks to the fact that wererats are being very careful to whom & where they're bestowing their curse or gift upon. 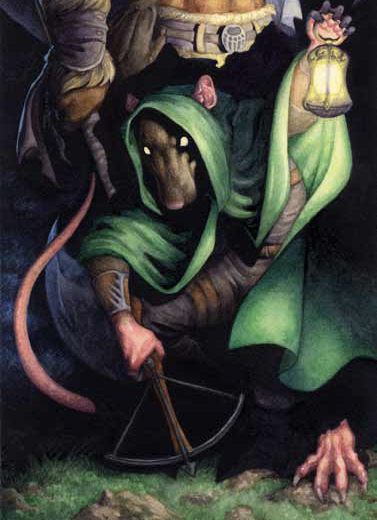 The wererats are certainly masters of the night & given their abilities within urban environments make formidable NPC adversaries; " Wererats were weaker than normal humans but they were more intelligent. Only silver or magical weapons could harm them and they were adept at surprise attacks.[6]

Wererats shared the animal instinctiveness of all lycanthropes and were markedly more dexterous than humans as well as a little more hardy. Any damage caused by a weapon not made of silver or coated in alchemical silver would be reduced. Wererats were often carriers of filth fever due to the environments that they lived in".
I have no idea what 'fifth fever' is but wererats are perfectly suited to the role of thieves guild leader or as chaos priest go between for the forces of darkness. In Astonishing Swordsmen & Sorcerers of Hyperborea they were the last surviving true Ancients according to them. An analog surviving hold over of some of the Hyperborean's human slaves. They used foul magicks to curse themselves with the wererat curse.