Looking into my campaign notes, there were several notes about Balrogs from the 'In The Cities.com' blog.  And these horrors lured adventurers into traps when they were in the line for wilderness encounters. My advice when using Balrogs is to be very careful. There are were several TPK's in which Balrogs were used. 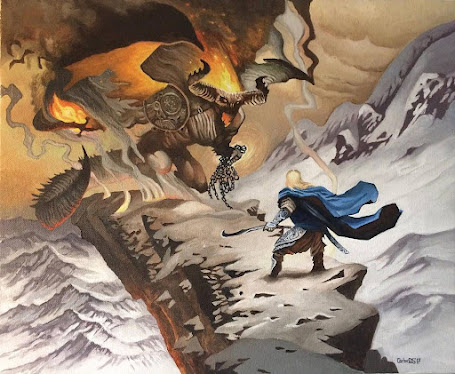 Oilpainting. Original art by Justin Gerard Glorfindel Against The Balrog.
Used Without Permission

When we go back into the early days of OD&D then we encounter the Balrog as a viable OD&D monster at least before the Tolkein estate lawsuit. When it comes to  Bloody Bloody Arduin just below the Balrog is the Valpyr. Several steps above the lich but well below the balrog in the scale of the damned. With the return of Emperor's Choice now back the Valpyr miniature is also back on the menu for ordering. 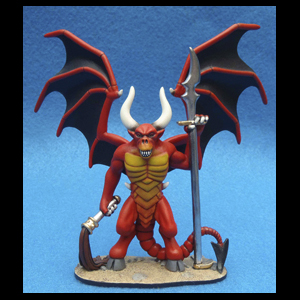 /The Valpyr is a literal king or tyrant among the damned able to toe to toe even with lesser demons. And they can even hold their own against demi gods These guys are often the cat's paws of death gods & the like. They also on occasion in our games have served the immortals of death & entropy. In Adventurer, Conqueror, King rpg terms both the balrog & Valpyr are Heroic Fantasy Handbook monsters. 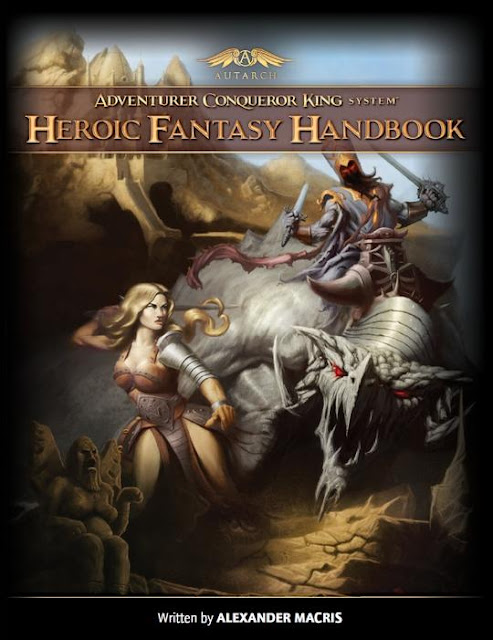 Where these monsters dwell are deep sinks of evil, places where the damned are called too. Evil begets evil & the wilderness or the edge's of the civilized world attract Hell itself. Never forget that both of these species of horrors are both engines of destructions or weapons created by the powers of evil.  In Arduin's terms both species are a part of the 21 planes of Hell's foundations!
In the ACK's Heroic Fantasy Handbook there are the cacodemons who fill the niche of the high ranking mid management demonic entities. 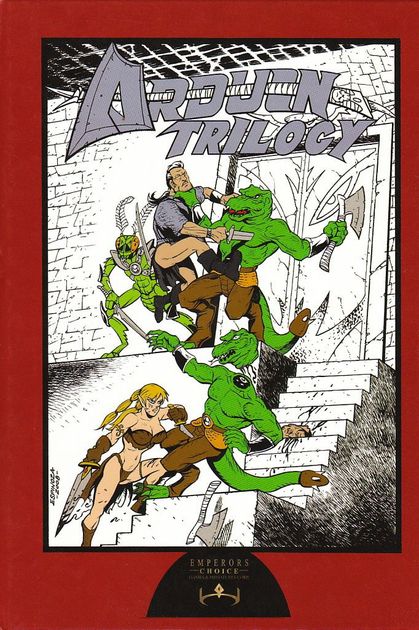 Where evil dwells creates sinks of corruption & evil that can serve to attract other minor horrors of chaos such as humanoids & demi humanoids such as orcs, trolls, goblins, etc. And its these minor infestations of chaos that call the greater ones such as Balrogs or Valpyrs. And it could also be the reverse being true as well.  These are simply evil kingdoms waiting to happen.
Posted by Needles at 12:54 PM