If you were alive in the early Seventies into the mid Eighties & a Sci Fi fan then the artwork of John Berkey was very much a part of your life. The Seventies & Eighties  were the golden age of the Science Fiction paperback. And no other artist was working his craft like Mr. Berkey. For a young classic Traveller Rpg player & gamer, John Berkey's sci fi space artwork felt like the future. 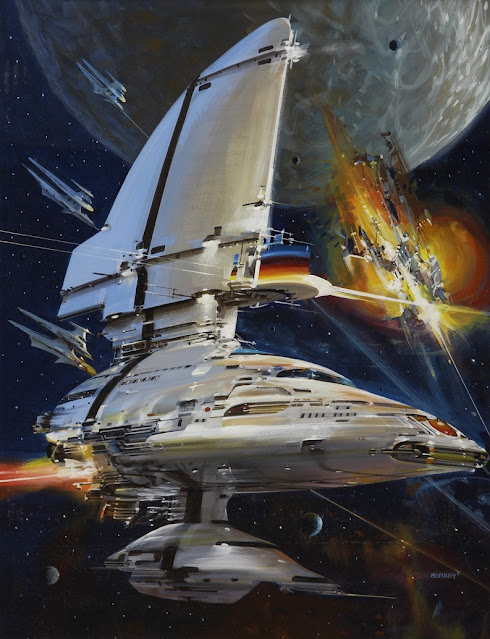 Berkey's work had class, depth, and seemed like the lap of luxury space travel. This was a future that we wanted to be in & his artwork always seemed to have a sense of adventure about it. And it seemed rife for use as inspiration for our Traveller rpg campaign. 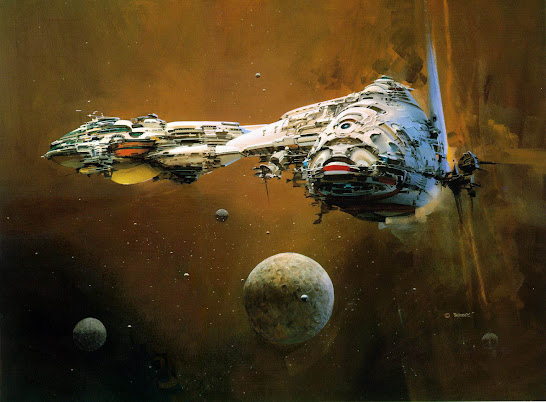 There's a sense of urgency about John Berkley's artwork and that there's another crisis being just around the corner. And this was the angle that we used for our own home campaigns. The idea of the lone space craft cruising through the galaxy and narrowly averting whatever came down the pike! 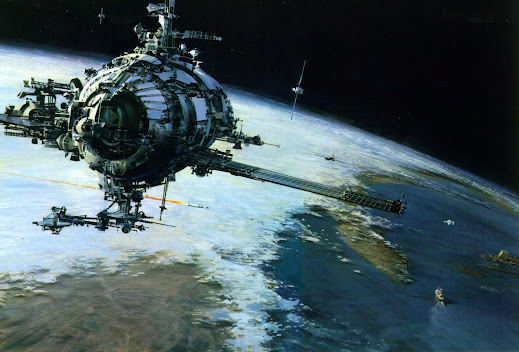 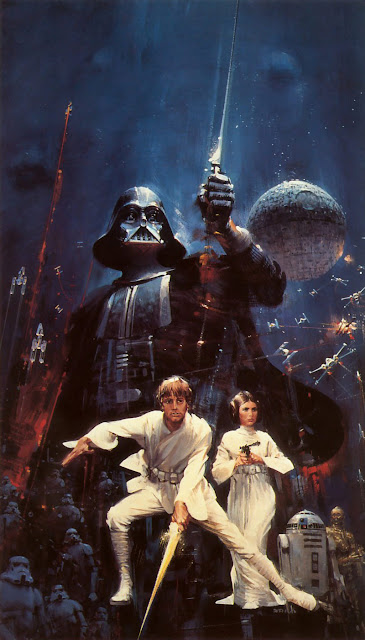 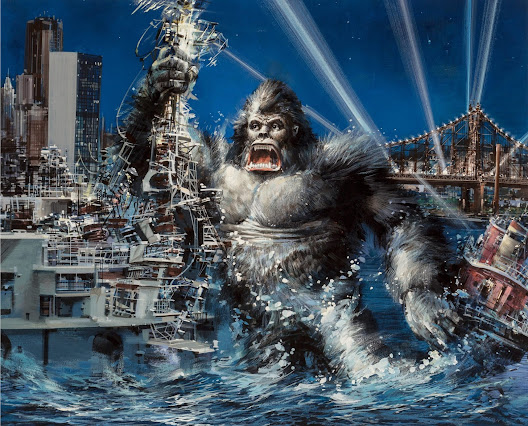 Personally though its Mr. Berkey's sci fi artwork that comes to define him as artist. There's something so pure about his enthusiasm for the genre of science fiction. There are a few of his ruined space craft that might as well be space going dungeons. And its here that we find another intersect with old school gaming. The idea of the space going dungeon floating out in space waiting is a powerful crossover tool. 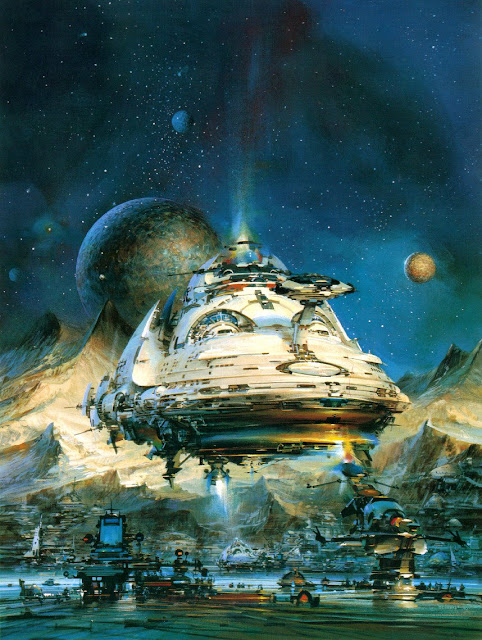 The primal artwork of  John Berkey space craft seems to be the theme of traveling and machines in outer space. And yet, his artwork seems to have a timeless quality about it. And its this lost to time that calls both DM's & players to Mr. Berkey's artwork. Looking over some of Mr.Berkey's paintings its not hard to imagine one of his ships being a space going dungeon in an old school game of Traveller. Berkey's artwork remains timeless & another beacon of the Seventies & Eighties that calls something deep inside a gamer's imagination.
Posted by Needles at 11:48 PM