"Dark times has fallen upon the Storm Wolf Tribe. Once edible fruits and plants had become poisonous and game that was docile turn into viciously aggressive malformed monstrosities. The source is an abbey used as a vault for dark knowledge way too harmful to be left loose on the world. Something horrible has happened to the kind yet weird monks living in the abbey and it seems to be ancient and beyond evil. Is up to the tribe's most brave warriors to find out and stop this force before it engulfs the Storm Wolf tribe in its darkness."
"It Came from the Scriptorium is a horror dungeon crawl adventure for 3 to 5 PCs, using the Barbaric! sword & sorcery rules ruls and fully compatible with The Sword of Cepheus or any other 2d6 OGL fantasy game. The default setting is the Steel Borderlands, a wilderness distant from the settlements composing the civilized lands of kingdoms and empires but it will fit very easily into almost any sword & sorcery setting. 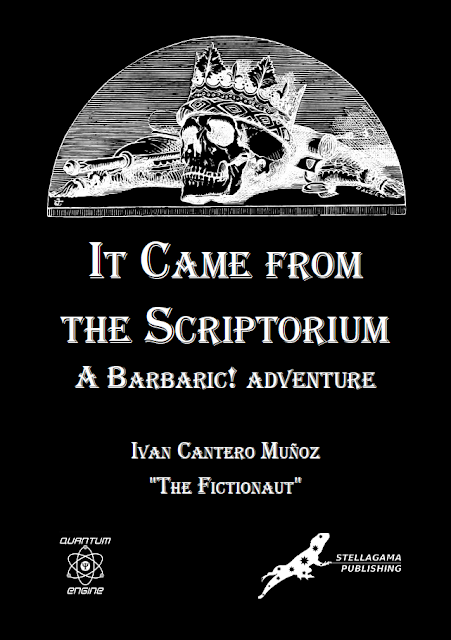 The players should be aware that due the horror nature of his adventure that their PCs mortality rather will be high."

' It Came from the Scriptorium' By Ivan Cantero Muñoz "The Fictionaut" is a solid adventure for the Barbaric rpg & its a rather nasty horror adventure. But its a fun one. And while it only clocks in at twenty three pages of horror goodness I'd say that this is an adventure for experienced Barbaric players. Barbaric is a full on Sword & Sorcery 2d6 supplement rules for 'The Sword of Cepheus' Rpg. 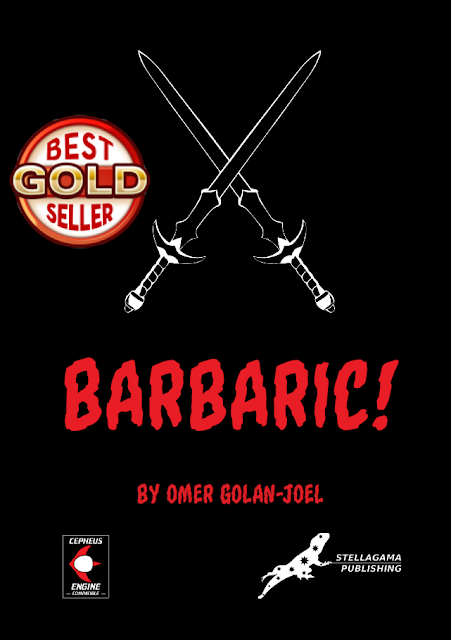 ' It Came from the Scriptorium' provides a fun little horror filled & lethal romp through a barbarian horror filled 2d6 adventure that will thrill your players. And kill more then a few PC's off.