A minor deity lives in the ruins. Inside are clues to humanities origins and a confrontation with a degraded and insane creature.Tonight's the night you fight your father!" 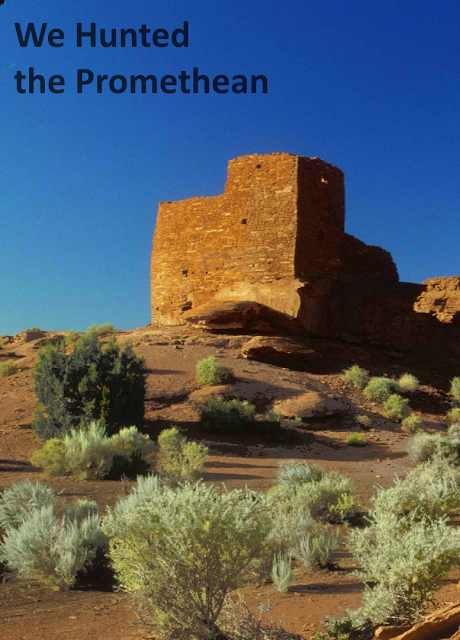 ' We Hunted the Promethean' "The Pay What You Want " lair encounter From Oswald
Posted by Needles at 12:47 AM