Different Worlds Publications mailed me a physical copy of Haven Free City. Haven is one  of the most interesting cities in old school fantasy rpg's. Haven has alot to offer & it takes its old school 1984 second edition roots on its sleeve. 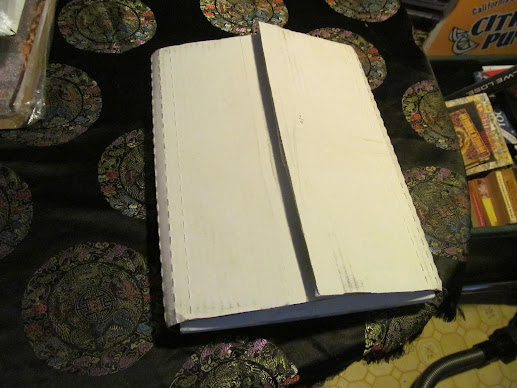 Haven The Free City feels like a 'real city' & contains everything that the dungeon master needs to bring Haven to life. Each of the sections of the boxed set has a booklet that goes with a section of the city map. 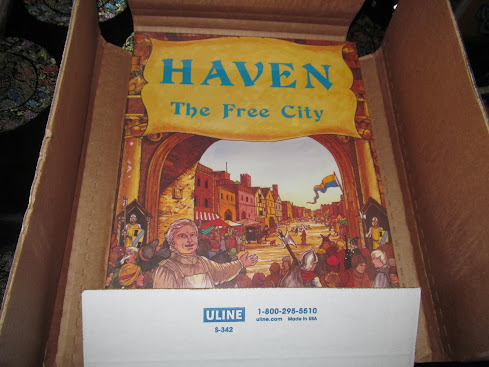 And the details in the Haven box set bear this out:

"In this first of three volumes in the chronicles of the city of Haven, GMs will find more than enough material for many months of urban adventuring, including:

"Haven - The Free City can be used with any fantasy role-playing system that accepts the existence of magic and a multi-racial universe, and is designed as an interrelated series with Thieves' Guild, forming the basis for a complete campaign universe. Ample space is provided for the GM to incorporate features, politics, and personalities from his own campaign into the fabric of the city. This package includes: 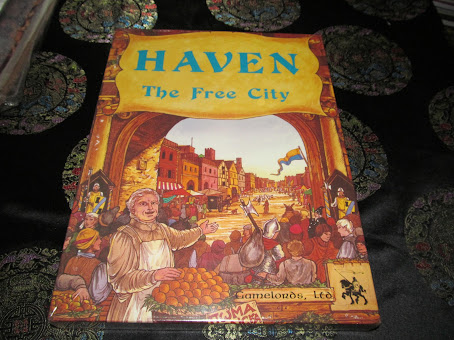 Haven doesn't just feel like another cookie cutter fantasy city but a living late Medival city. And here in is where my DMing instincts kick in. Haven belongs in a late period Dark Ages setting where Elves, Dwarves, etc. all exist and  mix in a crime ridden swirl of smoke, smells, food, urine, & urban weirdness.
Because of the way that Haven The Free City is set up it would easy to port this into any number of OSR systems. Haven is one of those box sets that I can clearly see using with a whole lot of other Dungeons & Dragons style systems. Take for example using Haven with the Hyperborea Rpg as an advanced trading state . A place  just off the usual routes of the bowl setting of Hyperborea but in the warmer waters making the city a place of temperate water and accessible by boat. The city thrives because of geo thermal vents and trades with far less advanced 'barbarians'.
Haven is perfect for use as a city for Castles & Crusdes as a minor kingdom that has it's borders far more secure and its trade status as fixed. Here Haven thrives because of it's status as city non gratus able to mix & match the wide variety of fantasy races, themes, etc. all under its umbrella of use.
Haven could also be a perfect city for a Lamentations of the Flame Princess campaign as a starting city where the characters can use it as a home base of operations between weird adventures. It could also be a city where characters pick up other PC's after the violence of LoFP affairs & adventures claims another victim.
Lion & Dragon is another rpg where Haven can shine as one of the last bastions of European civilization along the old Silk Road trade routes. Haven does last after the events of Sword & Caravan but instead is sacked. But until then it offers a refuge for weary travelers and a perfect trade venture. 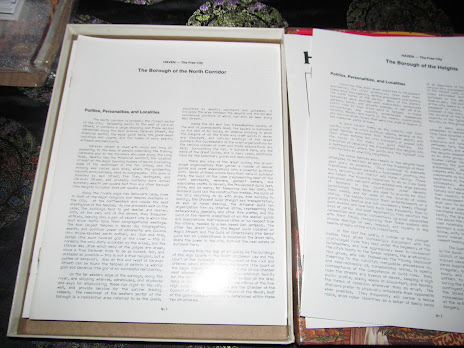 All in all I think that Haven the Free City is a great addition to any dungeon master's tool box. And it works very well as a well for grounding PC's within a workable city or urban setting for further adventures. Next time we look at Haven The Free City we'll dive into its incredible streets.

Haven The Free City (Formerly titled The Free City of Haven)  For OSR & Old School Rpg Gaming Systems
Posted by Needles at 10:15 AM