In many respects Thundarr The Barbarian was hugely responsible for me getting into Metamorphis Alpha & the  Gamma World 1st edition rpg's respectively. The series ruled Saturday mornings for many years & according to the Mutant Future wiki ; "Thundarr the Barbarian is a Saturday morning cartoon series, created by Joe Ruby and Steve Gerber (of Howard the Duck fame), and produced by Ruby-Spears Productions (a studio made up of former members of Hanna-Barbera Productions). This is a show about a stubborn Barbarian (Thundarr), a know-it-all Sorceress (Princess Ariel), and a Wookiee-like Beast (Ookla the Mok) who roam the post-apocalyptic wasteland fighting savage mutants, and evil-wizards wherever they travel. The main characters are designed by famed comic book artist Alex Toth, and when he became unavailable, Jack Kirby (another famous comic book artist ) took over to design most of the villains and secondary characters."
Binge rewatching the entire two seasons brings a few things to mind here. First there was a lot of weird technologies happening in the world of the Ancients. Did the Ancients actually summon the comet accidently or on purpose back in 1994? Looking through this Enworld thread about Thundarr The Barbarian as D&D setting from 2018 member Thomas Bowman brings up a solid point; 'A giant comet passed close to the Earth, more like a rogue planet to show the tidal effects in the opening sequence. My guess is, for the purposes of this campaign, the "comet" was no ordinary comet, the disasters shown were only the tip of the ice berg, the comet opened up a rift with other dimensions, and when that rift opened, some other creatures stepped through and magic was unleashed unto the world, this also had a detrimental effect on technology, and for a while this technology ceased to operate, this caused the death of billions of people, from which only a few survived, because without the technology and the transportation networks, most people starved to death, some of whom survived by cannibalism, and the descendants of those people still live today. Some people, such as Ariel's people learned to use magic. After a decade or two technology became functional again, but by that time it was too late, the damage was done, the World had reverted to savagery.' This really is the way I'd play Thundarr The Barbarian as a campaign. But the heavy lifting for a Thundarr The Barbarian campaign was already done by Sniderman of The Savage Afterworld with  THE WORLD OF THUNDARR THE BARBARIAN FOR MUTANT FUTURE. The free sourcebook is on the right hand side of the page with the Thundarr The Barbarian cover that looks like this. 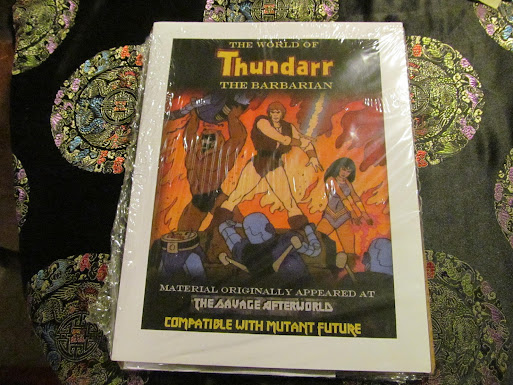 The Free Thundarr The Barbarian Sourcebook By Tim Snider goes into most of the major NPC characters, many of the monsters,artifacts, & more of Thundarr's world. For me the The Free Thundarr The Barbarian Sourcebook hits all of the major high points. But there's one villain that defines Thundarr's world. Gemini is a major villain within Thundarr and we almost get a sense that Thundarr & co have clashed with him in minor ways before his appearance 'In Secret of the Black Pearl.' Gemini next appears In Last Train to Doomsday, Thundarr encountered Janus and after Gemini was revealed to be alive. In between & after these episodes the other wizards in Thundarr's world seem to grow far more bold. And within Thundarr's world I believe that Gemini was a stablizing force on the wizard's council. After his defeat, North America's wastelands become open & ripe for conquest. So the wizards of North America go to war over the domains open up by Gemini's defeat. Why?! Because of the fact that wizards are insane, crave power, and Gemini's holdings  were up for grabs. Wizards probably control millions of slaves & these are held within wizard's kingdoms. Mutant mercenary forces are the norm with a mix of human & mutant slaves toiling away for the wizard masters.
There were hardly any human settlements as Thundarr rode through the wastelands of North America. Gemini controlled the wizard's council & the North American wastes through a combination of fear, power, reputation, & magic. His defeat meant the break up of the kingdom of Manhat. But this only one of his holdings which is why he fell back to his Janus persona. Gemini needed time to heal, regroup, & deal from the shadows with his rival wizards. Gemini could only deal with his loyal hawkoid mutants.
Reading between the lines that Gemini controlled at least three or four types of mutant mercenaries & I would almost think that it would also be ape gangsters around the Chicago area of the wastes. Here's where  Mark Hunt's B/X Gangbusters edition comes in very handy to create such gangs especially mixed with Apes Victorious! 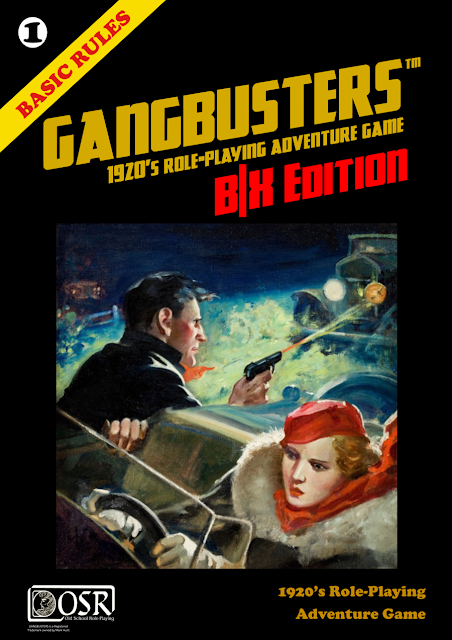 The kingdom of Manhat supported Gemini's manufacturing base then it's not hard to see that a group of wizards could theoritically completely transform the face of North America. And here's where Adventurer, Conqueror, King rpg with it's domain play would come in handy.
But no one wizard would help to heal the wounds of the world of Thundarr. Why?! Because almost everyone of them is utterly & completely insane.  Thundarr's world could easily connect with the Elsewhere but those wastes could be another potential source of monsters, mayhem, and insanity.