Twelve people today were gunned down right outside a 'Blow & Shop' on third street. And no one did a damn thing about it. They were all missing a part of their spinal column lay like limp rag dolls on the side of the street. And the people responsible for it disappeared in a blinding flash of light. And that's when Zone Tec was called in. 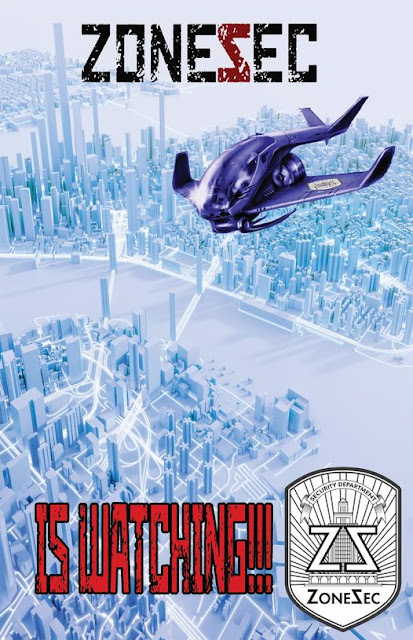 Let me explain why? The year is sometime in the early 2030's & certain drugs, black technologies,etc have been band from United State's soil. The Second Prohibition era has ushered a thriving black market for these items & things are getting very dangerous. The blackguard are a team of mercenaries who travel throughout time & space have ignited a gang war in the United States & Avalidad. And the Blackguard only just became aware of it after they d-ported in from a zombie infested world. Their psychic reported to them that the locals were all a part of a bio cybernetic hivemind and the technology was highly valuable. And that's when they were attacked and things got ugly. They grabbed the 'artifacts' for their employer & d ported out of there. But they haven't left Avalidad yet because they came back for more plunder
Now with the release of the Wretched New Flesh Postcards from Avalidad Quick Start,  things are coming full circle. The party is now out zombie infested resort from last session & up to their necks in Science Fantasy goodness. The players have decided to regroup at the local Joe's New All American Diner. What the players don't know is that Joe's is actually  GBM-1 Joe's Diner by  Mark Hunt. And the authentic looking beat cop walking his beat outside of Joe's actually is a 1930's beat cop. And there's Joe's New All American Diner all over the world from Lakefront city Midwestern United States, to downtown Avalidad as well as points inbetween including Europe and parts of the far East. And the only problem their all of the same place with the same people. What folks take for a tourist trap  by some American corporation isn't. Joe's Diner is  authentic because it literally is & has been ripped & split from the local space time continuum. 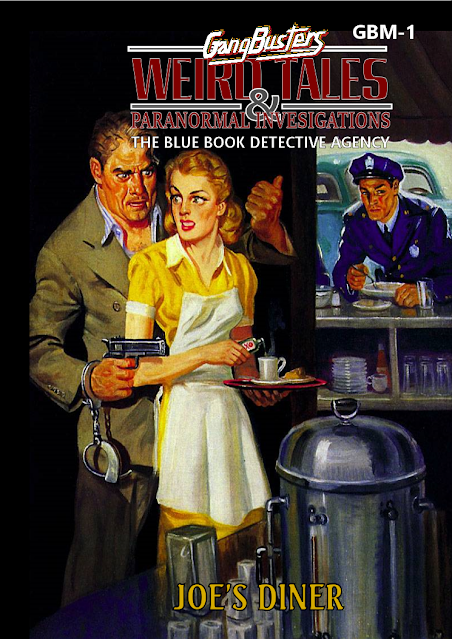 Events at  GBM-1 Joe's Diner play out the differently everytime because in the morning everything reset's and the coffee in the morning is good & strong. Everyone's alive & events are ready to play out again. And then there's the fact that if you walk into a Joe's  in Bangkok or  Avalidad the waitresses always remember your face & your name. But if you die in Joe's you don't comeback or resurrection. There are somethings that superpowers can't solve and even Zone Sec may not be able to handle what's a Joe's.
And I've already talked with Mark Hunt about using Joe's Diner & he told me to go for it.
Posted by Needles at 2:46 PM