"Death or freedom? The Vampire Queen has challenged a small band of her worst prisoners to escape from her wicked dungeon lair. With all of your original weapons, magic items and possessions, it is up to you to outwit and fight your way through terrible traps, beastly monsters, and all the horrific surprises she has arranged for you! The Module that started it all is sure to delight and challenge the most skilled players!" 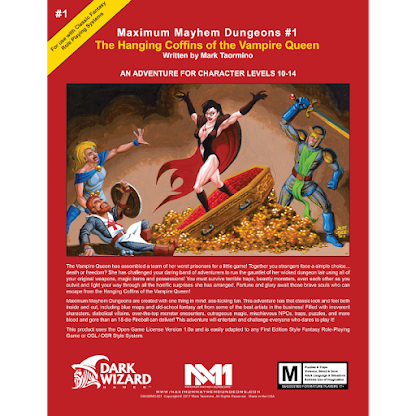 So once again I've playing around running my players through Mark Taormino's Hanging Coffins of the Vampire Queen module. Mark however has been possibly one of the most active underground rpg writers & designers out there. He keeps what he's doing on the low down but over the years since the Hanging coffins module has come out he's been taking the manuscript back revising, sharping up stats, correcting mistakes, etc. And Dark Wizard games sent me an updated & revised physical  copy of Hanging Coffins of the Vampire Queen module. 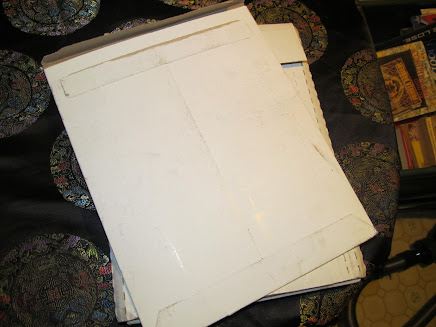 Now I own the original Hanging Coffins of the Vampire Queen and just scanning through the booklet of the module reveals quite a few things. First the layout has been improved & the artwork seems a bit crisper. The room descriptions, stats, etc. have all been adjusted to reflect Dark Wizard's re editing of the Hanging Coffins. 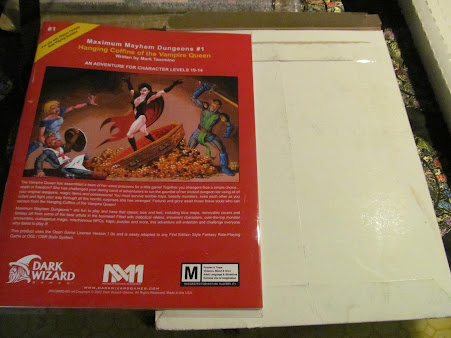 The Hanging Coffins of the Vampire Queen offers a few things as an adventure module. The first of which that comes to my mind is the fact that this module is a capstone or cornerstone of an old school Sword & Sorcery module because of the levels ten to fourteen   of the PC's to run through this module! The vampire queen here is no joke able to hold her own in a stand up fight easily.
The Hanging Coffins of the Vampire Queen works very well as an insert into the  Hyperborea rpg as a main antagonist. And her cult actually fits the threat levels described in the Hyperborea rpg book rather easily. If you have the other Dark Wizard modules  it becomes rather easy to set up a campaign just using them. We start the party off with Shadow of the Necromancer where one of the vampire queen's minions is terrorizing a local village. Shadow of the Necromancer leads into The Late Trapper's Lament for the Hyperborea rpg.
And right around the Lug Swamp which leads to the village of Silt on Hyperborea. Then  we release the Dread Swamp of the Banshee for the party's journey up the level ladder into the lair of  The Hanging Coffins of the Vampire Queen! 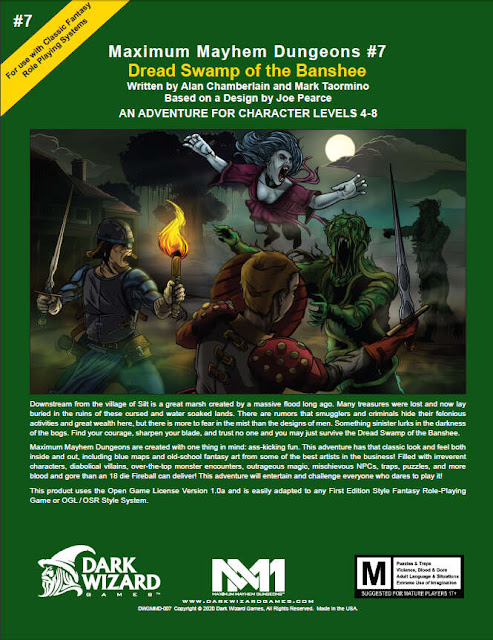 This same campaign idea would also work for Castles & Crusades where the DM uses the increasing horrors to deal with a party reaching & surviving to be their best! Survival is key here because many of the Dark Wizard modules are out & out deadly.
Hanging Coffins of the Vampire Queen By Mark Taormino For Your Old School Games  Is Available Right Here