"From the horrific talents of Louis Danhoff comes the latest release of 'the Unofficial Canon Project... Marvel Vampires" & M6 Werewolf by Night for the Marvel Super Heroes RPG!!!. Both of these came out fantastic & these are super well done by the Marvel Super Heroes RPG! How are these useful for a pre WWII rpg campaign?! Oh they most certainly are! We've got lots of Marvel Bronze age & beyond background here with deep dives into powers, abilities, and major NPC's of Tomb of Dracula & Werewolf by Night comic book series. Be sure to join the fantastic Marvel Super Heroes RPG: The Unofficial Canon Project Facebook group to take avantage of all the marvelous projects that they have there 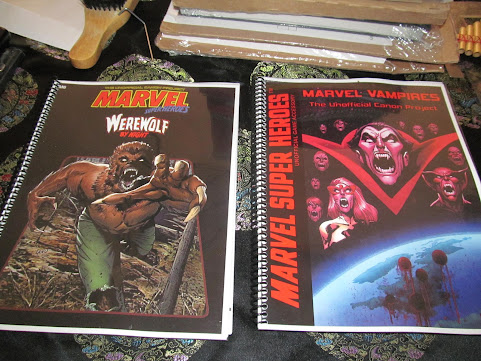 Given the amount of background, powers, and more on these creatures of the night there's more then enough information to bring not only members of the Russell family & the Drac pack into your Marvel Super Hereos rpg games. These two sourcebooks go over the top with lots of horror done in the Marvel Super Heroes vein. Each of the entries goes deep into lore, powers, abilities and more perfect for dropping into your on going MSH's campaigns. The layout & cartography is easy on these old eyes & the attention to detail should satisfy even the pickiest of MSH players. 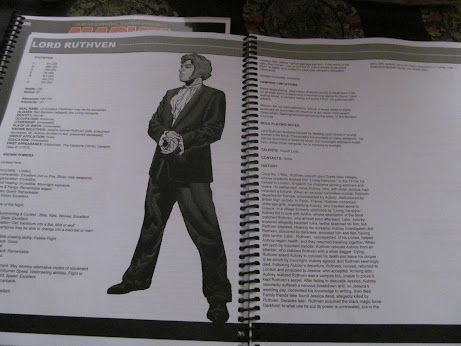 Everything within the  'the Unofficial Canon Project... Marvel Vampires" & M6 Werewolf by Night for the Marvel Super Heroes RPG is keyed for actual campaign play from the ground up in the Marvel rpg spirit. The M6 Werewolf By Night is especially good for street level MSH adventures & campaigns with more then a brush with the supernatural is called for. The 'the Unofficial Canon Project... Marvel Vampires" source book should be used with caution because of the nature of vampires in Marvel comics. These creatures of the night have a tendency to overwhelm campaigns with their presence unless this is the focus for such a campagin. 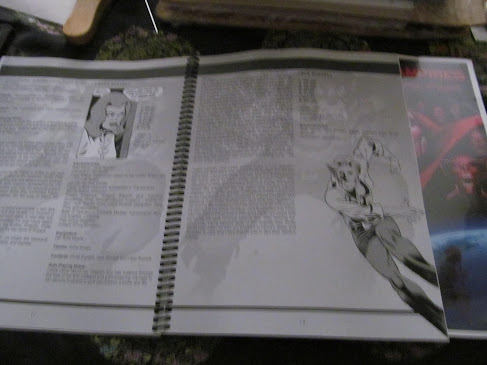 For Bronze age comicbook & MSH fans these two sourcebooks are a no brain to have. They cover their respective subjects very well & for a World War II campaign with a foucs on different aspects of the supernatural they ace it for sure.