The Saga of Crystar goes wayback into the 1983 & The Marvel Super Heroes RPG: The Unofficial Canon Project Facebook group has allowed me to indulge in many childhood Sword & Sorcery Marvel comicbook memories. According to the Crystar wiki entry here; "The toys were first sold in late 1982; the Marvel Comics series was first published in the spring of 1983.[1] Since the toys were released first, many assumed the comic had been a licensed adaptation of the toyline, but Crystar and all of the characters in the toy line and comic book were created and owned by Marvel Comics, which had created the concept with the express intent of selling the license to a toy company" 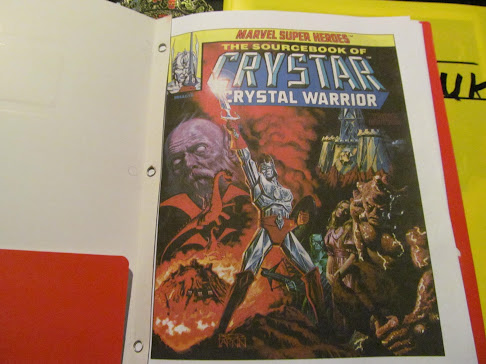 With writer & designer artwork restoration by John Caliber 'The Sourcebook of Crystar' sports some fantastic exterior & interior artwork taken directly from the comics. The Crystar storyline draws heavily from the original eleven isssue comicbook series plot here boiled down from the wiki entry; "Years ago, The Demon Lord sent his demon armies to conquer the world of Crystalium. The King of Crystalium led the fight against the Demon Lord in the Chaos War, but he was killed during the war. The forces of Order then sent the wizard Ogeode and the Prisma-Crystal to drive away The Demon Lord's minions and the forces of Chaos. In his defeat, the Demon Lord made the "Prophecy of Chaos", that he would one day send another of his servants to divide the planet against itself and bring ruin to all."

"After the end of the Chaos War, the wizards Ogeode and Zardeth visited two princes, the brothers Crystar and Moltar, who had to decide whether their people would ally with Chaos or Order. Crystar chose Order and its champion Ogeode. As Moltar considered Chaos, their uncle Feldspar tried to convince him that Chaos was evil. Moltar, feeling that his uncle had always favored Crystar, became enraged and fought Crystar, injuring Feldspar in the process. Leaving them for dead, Moltar led his followers to the Fountain of Fire to find the wizard Zardeth and ally with Chaos." 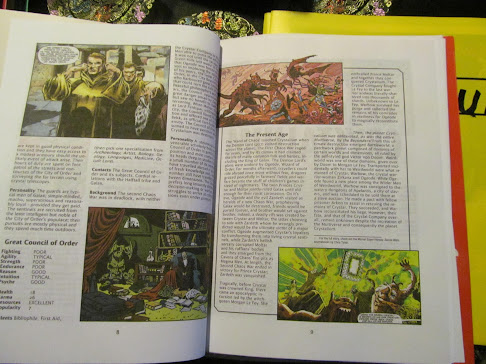 Ogeode saves Crystar's life by merging him with the great Prisma-Crystal, rendering the prince's body into crystalline form. Similarly, at the Fountain of Fire, Zardeth magically transforms Moltar and his followers with the power of lava. Moltar and his Magma Men then attempt to conquer the city of Galax. Crystar and his warriors, feeling that flesh and blood would prove ineffective against the transformed armies of Moltar, selected an elite group to be transformed into crystal form like Crystar: Koth, Stalax, and Kalibar."
The Crystar Sourcebook bolts down a rabbit hole of world details, factions, NPC characrters, monsters, horrors, magicks, and much more. The main NPC's are given their due within the Crystar Sourcebook.

The Crystar Sourcebook goes into detail about the appearance of Warbow & Crystar within the Battleworld storyline appearance in the Secret Wars; "During the Secret Wars storyline, some characters from The Saga of Crystar appear in the miniseries Weirdworld as inhabitants of the Battleworld floating island domain of the same name where it is composed of fragments of many alternate reality magical realms including Crystalium. Moltar and his Magma Men are in allegiance with Witch Queen le Fay as they pursue Arkon (who is searching for his kingdom of Polemachus)." 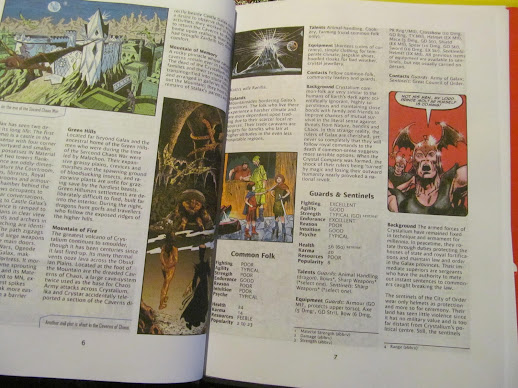 We finally get a really solid background on Crystalium itself as a possible adventure or campaign setting. The world of Crystalium is one torn apart by the forces of Chaos & Order yet warped by them as it's inhabitants,animals,etc. are shaped by their magicks. PC's dealing with these forces are going to be in for a trip as they are extremely dangerous to life & limb. Magick users are going to be in for an awakening. Crystalium is a world of elemental might & magick! 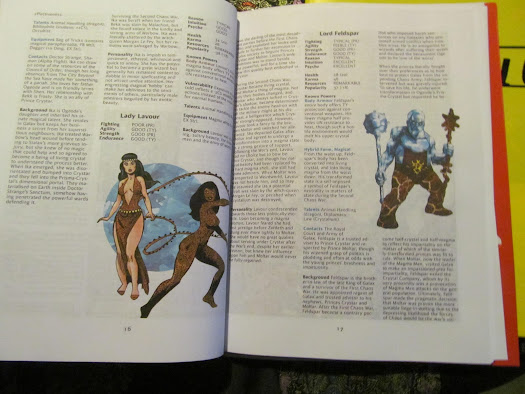 Our own Marvel superheroes back in the late 80's encountered Motar & his  Lavamen! We were playing Cosmos Cubed Marvel Heroes rpg adventure using our own cosmic level superheroes at the time. So we had a narrow escape eventually forming a truce at the time. My adopted uncle did his own stats for Motar & Co. but these are far more interesting. 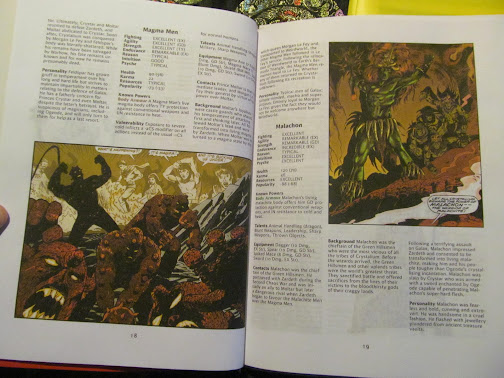