So a couple of days ago I wrote Alexander Marcus & acquired  'The Heroic Fantasy Handbook' playtest document & what it  is essentially is a hand book of solid side systems for Adventurer, Conqueror, King based around a pulp set of system  tools that emulate Robert Howard's Conan, E.R. Burroughs, Clark Ashton Smith, H.P. Lovecraft, & Michael Moorcock. This book & its companion book Barbarian Conquerors of Kanahu are Adventurer, Conqueror, King's attempt's to enter the Dark Fantasy & Sword & Sorcery OSR table top rpg market. They did the Kickstarter last year & the 'The Heroic Fantasy Handbook'  is entering its final phase. There are ton of steps to bring an OSR book to market. Read about the whole thing for yourselves over at the Kickstarter's page. 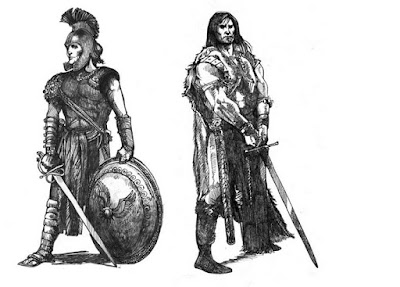 'The Heroic Fantasy Handbook' has a bunch of  new spells, magick systems, ten new character classes, etc. But Eric your an Astonishing Swordsmen & Sorcerers of Hyperborea supporter. How is this different & what does this have to do with Gary Gygax's  Greyhawk? First of all  'The Heroic Fantasy Handbook' goes in a completely different adventure setting direction then Hyperborea. ACK's puts things squarely in the Roman Empire Era with its Auran setting & these books bring things over to the barbarian's side sort of. ACK's always keeps its thumb in the Dungeons & Dragons themed pie & this isn't a bad thing because it shows ACK's OSR roots in Labyrinth Lord.
But I'm an old school guy so while I've been reading through 'The Heroic Fantasy Handbook' & thinking how I would use this system? Where could this whole thing be applied in an old school campaign setting? I've been closely following Kelly Roberge's Black City play tests & ideas from his blog. I suggest you check em out. Kelly is one of the most influencial OSR & ACK's supporters out in the OSR blogging field.  I don't want to copy ANY of  Kelly's adventure or campaign ideas, I need to deploy this system into my current 'Old Earth' campaign but if it fizzles I might need to cut it loose as a campaign adventure world. Then I looked over to my shelf & there's Greyhawk staring me in the face! A Barbarian warlord Greyhawk campaign setting! 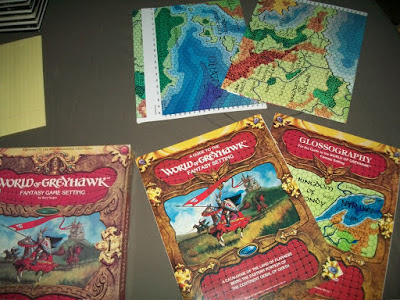 Take Greyhawk & turn it on its ear! A far more humancentric Flaness where everything is up for grabs & the PC's have a far more easier time to carve out their own piece of the Sword & Sorcery action. The dimensional portals are far more open & we've got wizards,cults, demons,etc.  trying to dominate the landscape.


All of the events happen of Greyhawk happen but give the setting more of a U.K. TSR or Celtic flavor with the Rain of Colorless Fire bringing far more destruction to the world. We've already seen there are many alternative versions of Greyhawk out in the multiverse why not an ACK's Swords & Sorcery style version of the classic campaign. 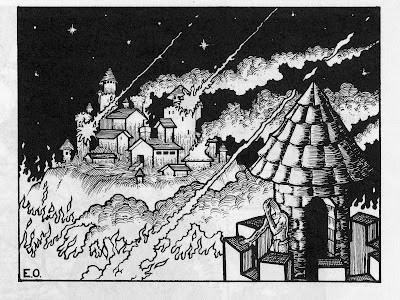 The thing about classic TSR systems & settings is how easy it is to adapt them to current OSR tier products. On the whole there's something uniquely satisfying about paying homage to Gary Gygax whist creating something unique. The Twin Devastation were caused by the events of City of the Gods echoing across the planes after all there is a Blackmoor in Greyhawk. I need to think about this campaign far more & iron out some of the details before deploying it on my players. 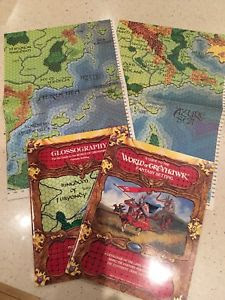 And how does all of this tie into TSR UK 6's All that Glitters? Well kids you'll have to tune into that one tomorrow! For now keep em rolling! 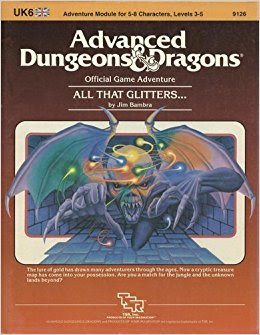