Deathlok is the character comes in with weird timelines, time travel, alternative variants, & other strangeness in the 616 Marvel universe  for the Bronze Age. The new  Marvel Phile  Deathlok From Marvel Super Heroes RPG: The Unofficial Canon Project For The Marvel Super Heroes Rpg. Originally according to the comic vine Deathlok entry" The original Deathlok, Luther Manning, was created by Rich Buckler and Doug Moench in 1974 and first appeared in Astonishing Tales #25 (1974)." 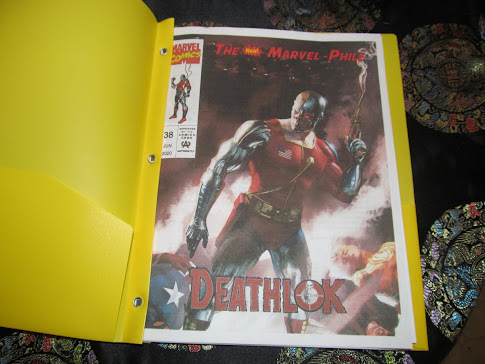 We get a huge overview of the Deathlok characters & the Deathlok military cybernetic system itself. And  The New Marvel Phile - Deathlok goes into detail on Luther Manning the original Deathlok & her again we get into the origin on Luther Manning & his missions. According to the same same Comics Vine entry; "Luther Manning was the first Deathlok. He came from a different reality in a future timeline. He first appeared in Astonishing Tales #25 (1974). This Deathlock eventually was sent to present day earth 616, where he clashed with a few superheroes such as the Thing and Devilslayer. Years later, a fellow employee of Luther Manning named Mike Travers became another Deathlok. Some time later Deathlok was recruited by X-51 (Machine Man) of Earth-9997 into his group of Heralds. At the end of their mission, this X-51 used a device to create a new body for Manning from his DNA and offered him a chance to regain his human life." We get all of the details of this Deathlok.  The New Marvel Phile is comprehensive & well laid out. Even though this is a fan based product &  it's very well done. The layout, artwork, etc. is very much on a professional level  the New  Marvel Phile - Deathlok supplement. 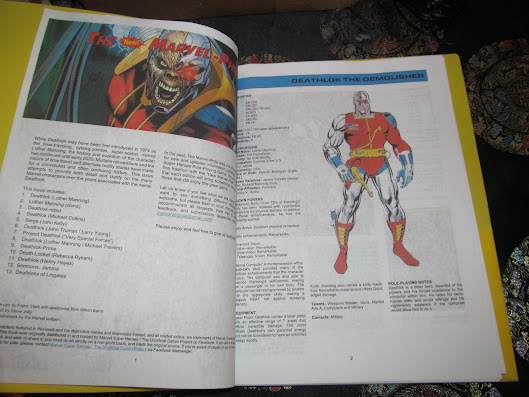 The US military, Raxxon Oil,  & Shield are highly involved in the origins of Deathlok project. And we see this again & again with the various incarnations of the Deathlok character. This includes Deathlok Collins, the Michael Collins Nineties Deathlok version of the character whose origins are twisted & interconnected with many other Nineties Marvel characters. 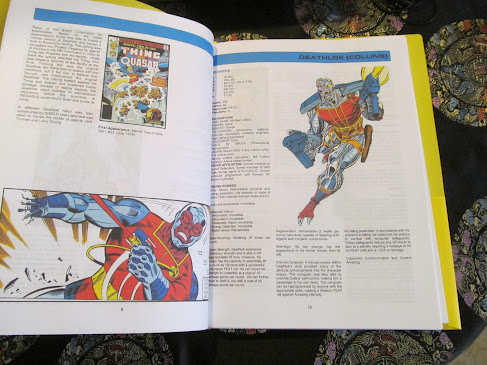 The New  Marvel Phile - Deathlok From Marvel Super Heroes RPG is very comprehisive with the various Deathloks giving us origins, powers, & a solid overview of the characters. All this  so that the DM can uses these NPC's to their fullest extent as both adventure point, mission fodder, or as an enemy or friend  NPC  for the super heroes. 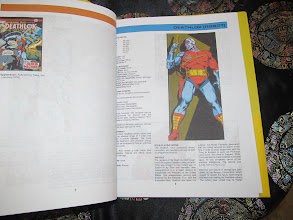 Make no mistake Deathlok is a military weapons system. A fact that the original Deathlok comicbook series used again & again. The Bronze age Deathlok series could be seen as a both a reaction to the  Vietanam War & the Cold War of the Eighties & Nineties. Deathlok is an anti hero in every sense of the word. And his origins are tragic  a fact that later incarnations of the character would use again & again. 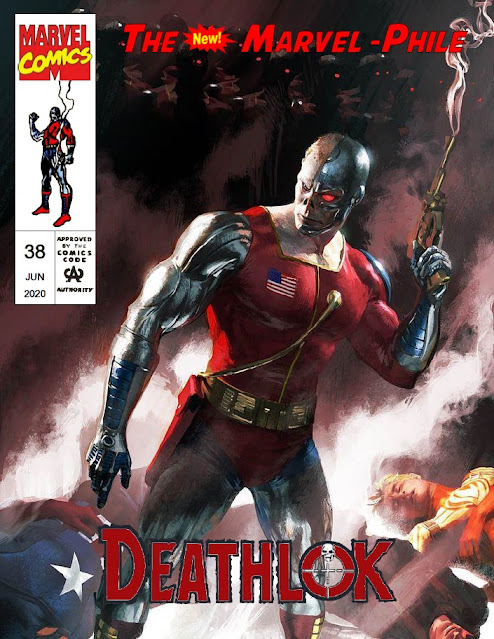 You can join the  Marvel Super Heroes RPG: The Unofficial Canon Project here & download it for free yourselves & begin exploring the journey of Deathlok for yourselves today