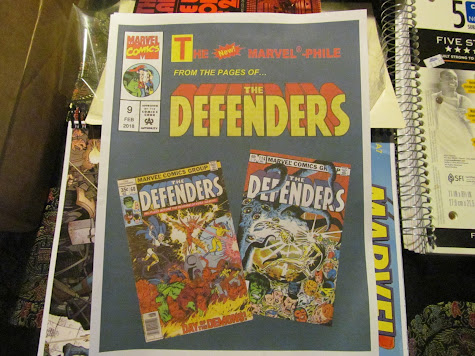 Come with us now back down a rabbit hole of the Bronze age of comicbooks  into Marvel Phile issue #9 which is available when you join the Marvel Super Heroes RPG: The Unofficial Canon Project here  under the New Marvel Philes issues.  Issue #9 of the New Marvel Philes covers one of my all time favorite Defender's members Eric Payne aka The Devil Slayer. The wiki entry on The Devil Slayer goes into the publication history of the character;"Devil-Slayer was created by David Anthony Kraft and Rich Buckler. According to Kraft, Devil-Slayer was a tweaked version of a character he and Buckler had created in Demon Hunter (1975) for Atlas/Seaboard Comics.[2] On his first day back in the Marvel Comics offices after the collapse of Atlas/Seaboard, Kraft bumped into Buckler in the hall and the two discussed bringing back Demon Hunter. Kraft recounted: "I changed his costume colors, Rich changed his costume design a little bit, we changed his name, of course - but if you look at his backstory it's a direct continuation from the Atlas issue".[3] The character first appeared in Marvel Spotlight #33 (April 1977). Plans for Devil-Slayer to star in additional issues of Marvel Spotlight were halted by the series's cancellation, with Devil-Slayer's debut being the final [3] Shortly after he was added to the lineup of the Defenders." 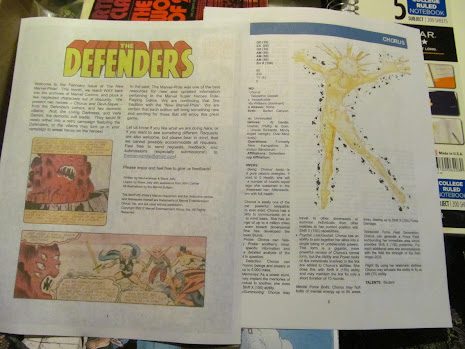 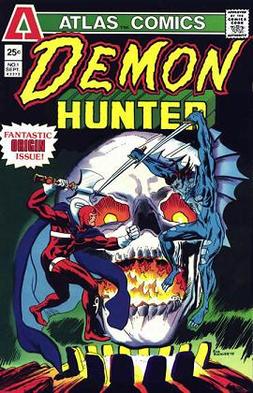 The Devil Hunter is a variant of the Demon Hunter character whose origins are incredibly similar to Eric Payne's; "The story begins with the sight of a sniper, who has a man named Damian Severs in his sights. The Demon Hunter (Gideon Cross) while masking his presence, sneaks up on the sniper. Gideon recognizes the sniper and recalls serving with him in the armed forces. Before he fires a shot, Gideon materializes and gives the sniper a choice to either face him or throw himself from the cliff. Frightful of his choice, the sniper jumps from the cliff to his death. The reader is then shown that Gideon Cross is a member of the Harvester of Night Cult in a flashback." If the cult of the Harvester of Night & the cult of the  Harvester of Eyes sounds familiar you might be  a fan of the band Blue Oyster Cult because  they were taken from the lyrics the band by David Anthony Kraft & Rich Buckler. Other characters taken from BOC lyrics are Vera Gemini, the agents of Fortune, and more in the Defenders run.
In point of fact Fizzpop1 did a really deep dive  video on the two characters. If you get the chance give the gentleman a subscribe because he does excellent videos on public domain comic book characters, Bronze Age comics, &  really obscure comic book characters. 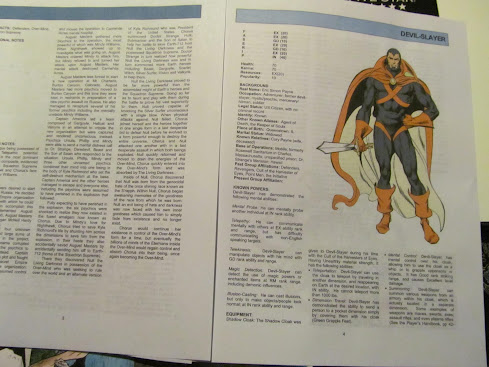 The cult of the Harvester of Eyes could theorectically appear in any era until the early 80's when it was shut down. The dimensional cloaks used by the cult's operatives were used extensively by the Wild Cat & other Marvel super heroes over the years. They can be a source of much pain for any hero or villian facing down an operative of the cult. Or in contrast the heroes could meet up with the Devil Slayer or his Atlas/Seaboard Earth's equivalant.
Rich Buckler would later on go on to use the character again for "Bloodwing" for his own magazine Galaxia in 1980. On a personal note Rich Buckler was a Facebook friend & his talent is missed.
Posted by Needles at 4:19 PM