"Locals have been hearing whispers of strange happenings around the Ancient Volcano. Rumors over the last several years of an unspeakable evil that has risen up inside. An evil that “fell from the stars.” There is something wicked and devilish going on inside. Highwaymen report of strange creatures, mechanical monsters, horrible beasts and “little green men” that are roaming the land. You and your stalwart adventurers have decided to take on the challenge of plundering the mountain for the treasure within! Oh and get to the bottom of these dastardly stories as well!"

MMD#2 Secret Machines of the Starspawn is a great way to combined Sword & Sorcery with Science Fantasy when unspeakable evil arises from the Ancient Volcano in your campaign world. The idea of a powerful party of adventurers being assembled to investigate the goings on at the 'ancient volcano'. For the  Hyperborea rpg MMD#2 Secrect Machines of the Star Spawn would work very well as an adventure based around one of the outer island nations of Hyperborea. 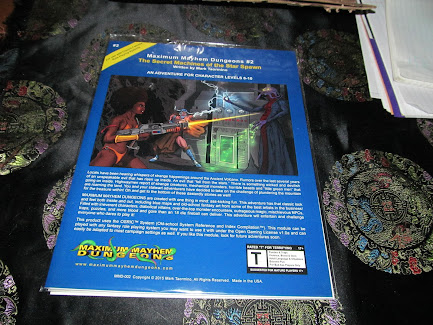 Mark Taormino From Dark Wizards Games has a certain mad genius about him & his material compliment's Levi Combs An Occurrence at Howling Crater quite nicely. The mutant hill billies could easily be changed up into mutant peasants & then your off running this for your favorite players. The Star Spawn or his alien species  could well be behind some of the goings on at Howling Crater. The Sci Fi overlap is easy to do for a mini campaign. Because Castles & Crusades is sorta close to fifth edition the stripped down rpg elements are easily converted into your favorite OSR system.
Mark Taormino brings a certain old school grivtas to his modules & brings home the Sci Fi fantasy elements that many of my players appreciate. The fact is that over the years that I've run SECRET MACHINES OF THE STAR SPAWN By Mark Taormino  there's always been fall out as the gonzo aliens often seem to get away to cause more trouble at a later date for the adventurers. Several friends over the Thanksgiving holiday have expressed the fact that certain adventure elements found within MMD#2 could in point of fact be used to get adventurers to Venger Satanis's Cha'alt! 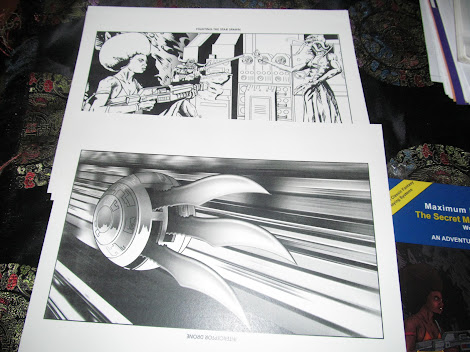 So down the line I may run these two modules together as mini campaign coming up either for Castles & Crusades or for the Hyperborea rpg. It's going to depend upon schedules & other factors.
MAXIMUM MAYHEM DUNGEONS #2 SECRET MACHINES OF THE STAR SPAWN By Mark Taormino From Dark Wizards Games For Your Old School Rpg Campaigns Is Available Here
Posted by Needles at 10:27 PM