OSR Reviews & Commentary "Vice: Sandcove Gets the Blues" By Joe Coombs, & Miguel Ribeiro From The Red Room For The Wretchploitation Rpg

"A Wretchploitation supplement for maverick cops, low-down punks, and the blurred lines of good and evil. The city is going to shit. It's like a pressure cooker. You have seen it turning bad to worse. Shootings, muggings, burglary, trafficking, sadism, night and day. Yes, this city is hotter than hell, and you're inches away from the flames. They're spreading like cancer, you're in the thick of it, so deep undercover that it's impossible to come up for air when reality bites. As your personal life crumbles, your are shot from all sides. You got the ex-wife holing at you for alimony, for kids you only see once in a blue moon. One of those children doesn't even look like you, it's like they're a stranger. Yet you are drawn to this strange oddity as it's almost too perfect. Perhaps you are the one trying to make your way in a world of organised crime, whether a two-bit hood or inches away from being "made". You are sailing close to the edge no matter what side of the tracks you're on." 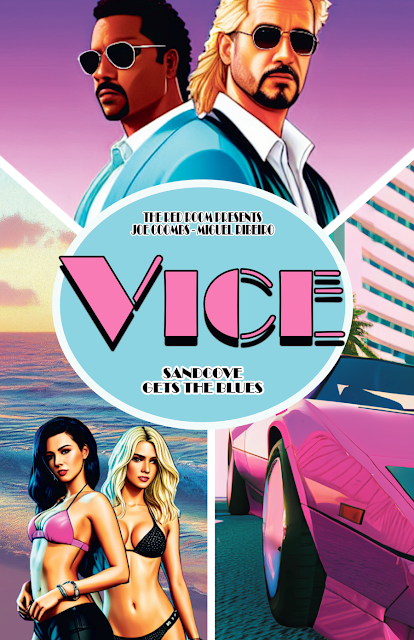 "Vice: Sandcove Gets the Blue Released (DrivethruRPG and Big Geek Emporium; later, there will be a POD version)

A sourcebook for Wretchploitation (or other modern-day old-school games) by Joe Coombs, inspired by 1970s and 1980s cop shows like Miami Vice, Mission Impossible, Hill Street Blues, The Avengers,Cagney and Lacey and Magnum PI. "
"Vice: Sandcove Gets the Blues" By Joe Coombs, & Miguel Ribeiro is definitely an adult Miami Vice style OSR Wretchploitation rpg adventure that's actually a mini campaign unto itself. "Vice: Sandcove Gets the Blues" gives all of the major players in the Sandcove area but notches it up by eleven into the neon Eighties. And it's very well done in it's forty three pages for Wretchploitation rpg. 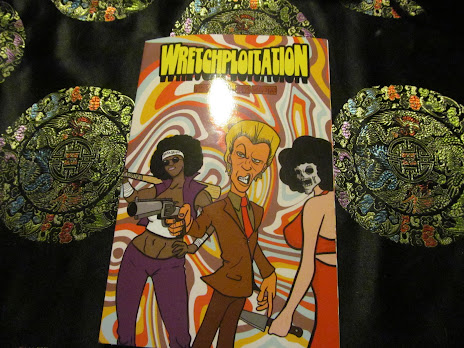