"While previous Wretched games are meant to play anti-heroes, Wretchploitation goes a bit further allowing you to take the role of obvious villains, such as Dominatrix Nazi officers with a taste for blood, sadistic wardens, psycho-killers, deranged cult leaders and other distasteful personalities. Wretchploitation expands the Wretched line into exploitation movie territory, already rife with seedy anti-heroes. Whether you like violent action, in the way of blaxploitation, 70s cop movies, Hong-Kong flicks and Eurocrime, or if you would, instead, emulate the horror and gore of cannibal, zombie, Giallo and splatter films, or even if you prefer the sleaziness of sexploitation and nunsploitation, this set of rules has got you covered!" 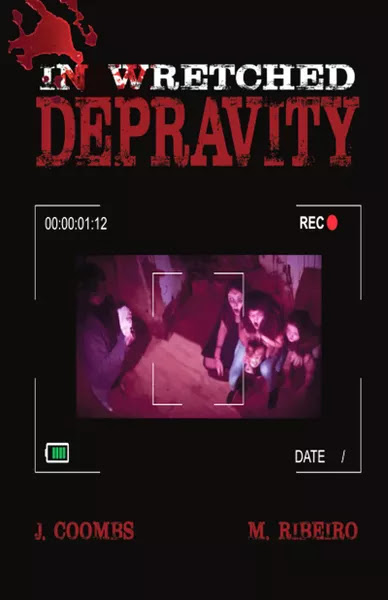 In tonight's one shot I ran through an after 'the horror movie is over' scenario using In  Wretched Depravity adventure  & the Wretchploitation rpg.  The PC's were a Blackguard investigative team called in to find out what has happened to operative & their family. Needless to say that it's wasn't a pretty scene at all. 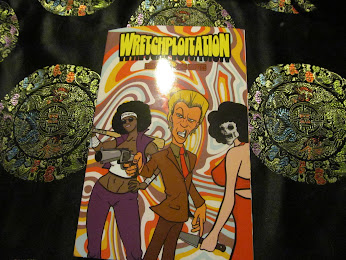 The PC's blundered into a scence straight out of a horror film where the slaughter was waiting behind the green door of the Almond home. The PC's got in through the door & the animated remains of one of the family members attacked! The players weren't expecting things to go south so soon!
As soon as the gun fire subsided the players grew quite tense! The crawling sound of something upstairs cut right through the silence at the table. And I got glared at by the players.

This game of Wretchedploitation examined the late 70's & early 80's horror. The players knew that something had happened with the disciplines of pain  but what wasn't known is circumstances. The team was ordered by the Corporation to recover any occult artifacts & relics that were in the house. 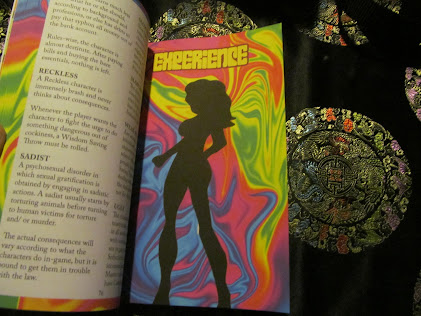 The team recovered one survivor in the living room.She was quite mad & gibbering to herself. Our memismist Doc.Oz played by Steve gets her out of the house ASAP. And he began to apply some hynosis to her to figure out what had happened. He was only able to get that things had gone completely South around dinner time.

The player's two assassin leads recovered steaming human remains that were bagged & tagged. They were removed from the house as well.

But it was the team's psychic who really sent the team into a panic. He sensed the Beyond was still crossed over into the threshold of the local time space continuum! 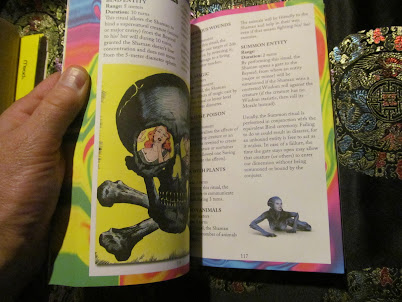 The party moved into one of the house's bedrooms & found more human remains there holding a copy of a deadly book of magick. The party brought forth their necromancer to get the book from the hands out of the victim whose skin had been removed. When the corpse animated freaked the player out! He emptied an entire clip into the corpse. And it did absolutely nothing! The skull of the corpse glowed with eldritch fire & the necromancer closed the bedroom door. Then the scratching at the door began! The gunslinger Billy Ace let loose with machine gun fire through the door cutting the corpse in half.

So the party then began to form a plan to attack the second floor of the house. That's when the front door slammed shut! Again this freaked the players out! 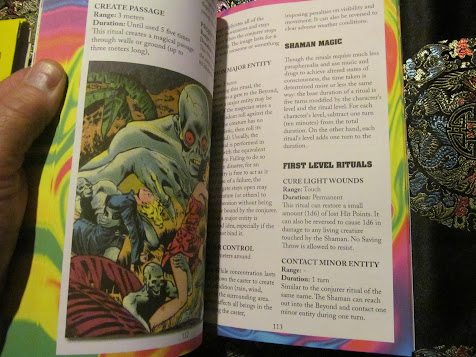 The players were then freaked out when the animated bits & pieces of cops, family members, and worse came crawling over the ceiling above their heads towards them!  And they decided to leave the house with the book of magick! And leave the supernatural goings on to an Alpha Team!

You know that this going to comeback to bite the players down the road in the ass Hellraiser II style! That's right the house & it's demonic entities are going to dog the player's PC's & show up when they begin to relax!