"Adventure does not limit itself to dungeons of earth and stone, but calls the seeker to plunder the halls of war and worship; from the spires of looming towers, to castles set in forbidden glades deep in ancient heartwood and to the sunken and abandoned places lost in time. Not all are hidden – some are welcoming bastions for the wayward traveler, and others are the holdings of creatures most foul; still more bear foreboding edifices, casting a mocking shadow – be they castle, ruin or manor, each beckons a promise of loot, a glimpse of chance, and portends fate." 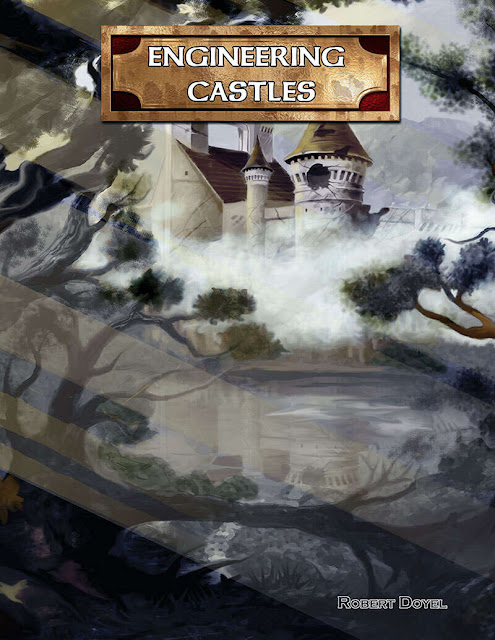 "An aspiring Game Master will often have many floor-plans of places through which unsuspecting player characters dare to venture, generally taking the forms of underground complexes or even wilderness or urban areas, but many likely do not have much stock for the "other" locales such as bastions, keeps, temples, and castles. This tome will remedy that situation and provide the Castle Keeper the tools and templates to design such from nothing or, if desired, to modify an existing structure with new and unknown which may be otherwise familiar traits."

'Engineering Castles' By Robert Doyel is a solid book for Castles & Crusades rpg for designing, maintaining, & creating castles. This book is created around the random castle generators within it. The guidelines within 'Engineering Castles'are very useful for both human centric races & fantasy race castles. There's some great rules & commentary for designing your own castles for your own C&C rpg's. 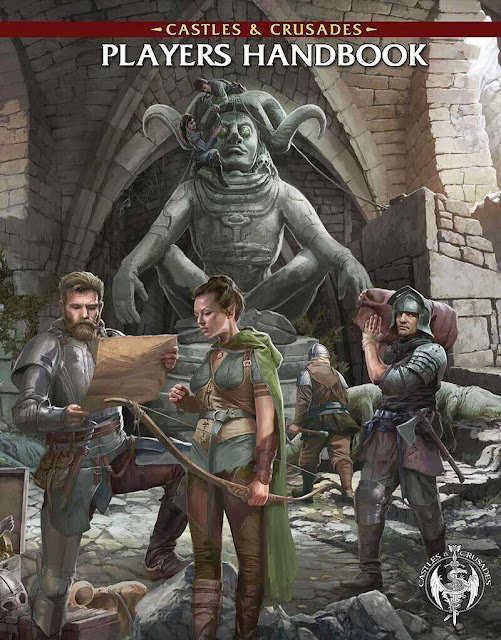 For the DM going into Castles & Crusades rpg the  Engineering Castles By Robert Doyel is solid for creating holdings within a C&C campaign. This is especially true if you want random holdings at the ragged edges of your C&C campaign. But where does Engineering Castles By Robert Doyel actually fit within the Castles & Crusades rpg line of products!?! Let's look at that next time on the blog.