The Dunwich Horror  By H.P. Lovecraft


The other night we DM's got together for a beer & to discuss another leg of our upcoming campaign. And Kuntz & Ward's Dieties & Demigods especially the Advanced Dungeons & Dragons first edition's version of YOG·SOTHOTH (the key and guardian of the gate) avitar. This blog entry picks right up from here. 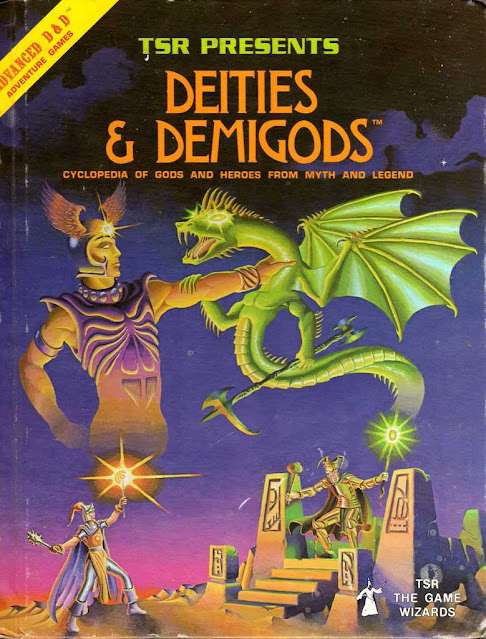 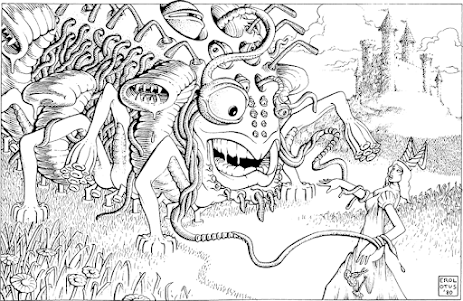 The description of the Greater God Yog Shoggoth is mind bending; "Yog-Sothoth exists on the astral plane. He has the ability to enter the universe at any point in space and any point in time. His astral shape appear  as a congeries of iridescent globes like giant soap bubbles. When he takes shape on the Prime Material Plane he is partly material and partly astral and appears as a gigantic mass of feelers, legs, and stalked organs. In this shape he will mate with human beings, producing the Spawn of YogSothoth (see "The Dunwich Horror", by H. P. Lovecraft). He is highly intelligent and extremely chaotic and unpredictable. He can gate in and out of time and space any of the Spawn or subject races of the Old Ones, one per melee round. Yog-Sothoth is not subject to the laws of space and time and can, for example, appear at vorious parts of the universe simultaneously"

According to various sources including the  The Encyclopedia Cthulhiana Yog Shoggoth is one of the main Greater Gods of the Mythos. Which means that he has diminion over the Lovecraftian entities & greater races then at first it appears. It also means that it ( the greater god) could theoritically be encountered anywhere. Talk about a random encounter. 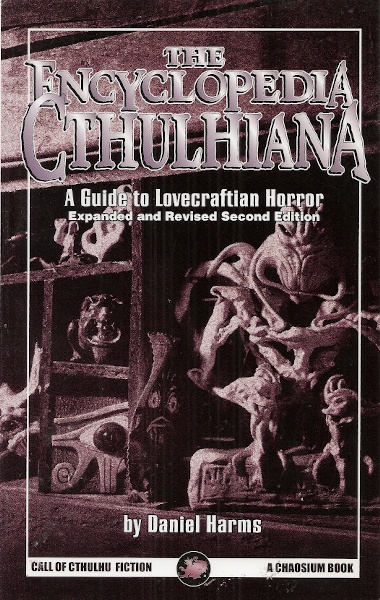 According to our discussions there are very few if anyplaces within the planes where you could theoritically get away from this version of YOG·SOTHOTH (the key and guardian of the gate) From Advanced Dungeons & Dragons First Edition's Dieties & Demigod By Robert J. Kuntz & James M. Ward!
Digging in deeper according to the H.P. Lovecraft wiki all of those irdescient globes have names & perhaps meaning; "He is composed of iridescent globes (HPL: "The Horror in the Museum", AWD: "The Lurker at the Threshold") of which there are thirteen (EXP: Hay Necronomicon):Deeper that one peers into the madness & occult insanity  of YOG·SOTHOTH the more one sees why dark wizards would entreat with such an entity. Please bare in mind that all of this is fiction created by a writer from Providence, Rhode Island.
Posted by Needles at 10:08 AM