The Rockwell Harbingers  is in point of fact the supply ship of the lone colonies in the blackness of Hostile. There's no magic 'E' type planets in Hostile & space travel is extremely expensive so the  Rockwell Harbingers  series of space craft are more then just a sign of home. These ships are the blood line for the colonies & they've also been one of the main suppliers of adventurers in our Hostile campaigns. 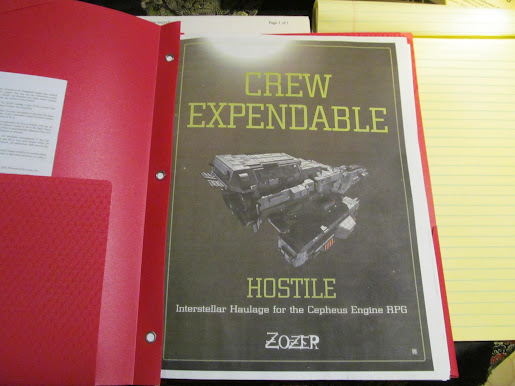 If there is a Hostile adventurers starship then this is it because of the fact that  Rockwell Harbingers in the HOSTILE setting are akin to the Beowulf Free Traders of the 3rd Imperium OTU setting. But not in the way that your thinking, the Rockwell Harbingers bring supplies, colonists within hypersleep, and the infrastructure that interstellar colonies depend upon. The supply lines that the Harbingers keep open is key & this makes corporate warfare within interstellar space all that more ugly.
Take out a Harbinger & you are declaring war on another corporation's holdings & it takes a very long time to launch another one of these ships. Because colonies are going to starve if the interstellar infrastructure is gone. And this could actually be one of the reasons why the PC's are brought in. And this has been something we dealt with recently when I got a chance to play instead of being behind the screen. And recentlt when we got a chance to take a look into the colony building process with Colony Builder the role of the Harbinger came into it's own in spades. 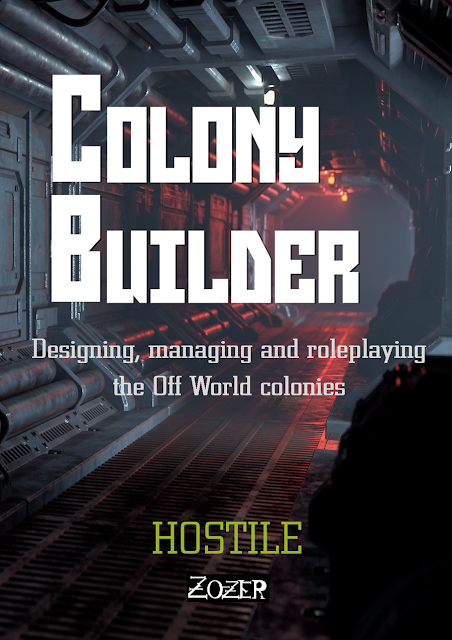 War in Hostile is completely ugly for any of the corporations involved & various police actions, battles, and dust up's are more then just a write off or loss. These battles have far reaching implications for a Hostile campaign. Coroorate states don't just go to war with each other but generations of colonists who are coming down the pike. Never forget that while xenomorphs are terrifying the true investiments that the megacorporations have is in the future generations of colonists.
Posted by Needles at 5:24 PM