There are some excellent OSR resources that have kinda fallen through the cracks of the OSR for the last couple of years in my humble opinion. One of these is The  Varlets and Vermin 1.0 Supplement By Roger S. G. Sorolla and according to his introduction from this supplement; "rats … rats … skeletons … Oh! Some fire beetles. Orcs. Giant centipedes. Rats … goblins … rats … First level characters in old-school adventure gaming can be forgiven for getting a little bored, especially if their players have been around the block a few times. Low level adventures have boring monsters because of the limited selection at those levels; after all, higher levels can always just add larger numbers of lower level monsters to provide an adequate challenge. Although stronger monsters every once in a while are good to provoke creativity, the usual meat and potatoes handed to beginning adventurers can get fairly tiresome. The sameness of low level monsters can also get in the way of developing consistent adventure environment themes."

Time & again I've quietly used the The  Varlets and Vermin 1.0 Supplement for many OSR games but specifically the Lamentations of the Flame Princess rpg. And the The  Varlets and Vermin book's monsters come in especially handy when some dark magician or necromancer has been creating or opening gates that let the horrid energies of the occult & supernatural into our world. All of these dark energies that are released into our world always leave a stain of the otherworldly behind. 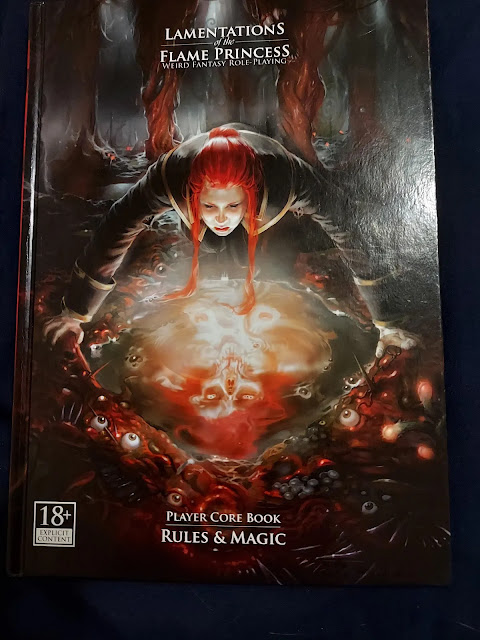 These highly unusual supernatural workings always leave behind some minor stain of socery or mutate the wildlife where it's been done. And this is where The  Varlets and Vermin has you covered. Not only is it free but it covers all of the basics that a DM needs for minor horrors for experienced players. Need a giant rat variant?! We've got you covered. A weird fungus able to cause havoc for adventurers and experienced players alike again we've got you covered.

The  Varlets and Vermin 1.0 Supplement By Roger S. G. Sorolla For Your & OSR Old School Fantasy Campaigns Is Available Right Here For Free