"Because of humans' greater number, this other race lived as a shadow race among humans, sometimes as protectors, sometimes as predators, and over the centuries becoming the basis of many human legends myths, both heroic and supernaturally monstrous! " 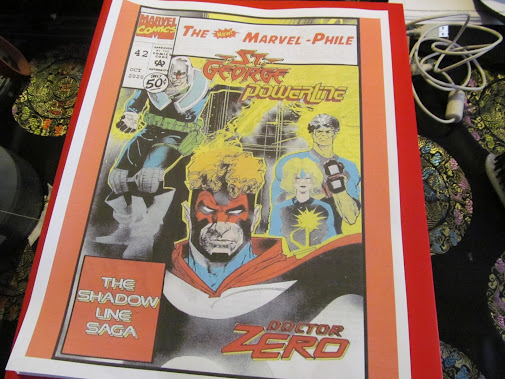 Among the countless worlds there stands Earth 4635x which is in the grip of an incredible transformation on all fronts as World War II looms. Here in the darkness & dispair of June 1939 the shadows grow longer as horror grips America. Bodies have been going missing out of cemetaries across the United States. Everyone is far too busy talking about the emergence of so called costumed men across the planet! And that's not to mention the rise of the Nazi forces as fifth columists plagued New York City itself. And from the darkness come shadows.  On  Earth 4635x the shadows Doctor Zero emerges during the pre WWII years as the rise of America's other superheroes kicks things into high gear. Earth 4635x actually has Superman going into action about June 1939!  This same year also saw the German American Bund gaining in power & this draws the ire of certain patroitic supers. Right underneath everyone's nose something has been stealing bodies from America's small town graveyards! The Tallman has been moving across the midwestern United States! And some second string heroes have emerged from the darkness to battle this menace in their small town! 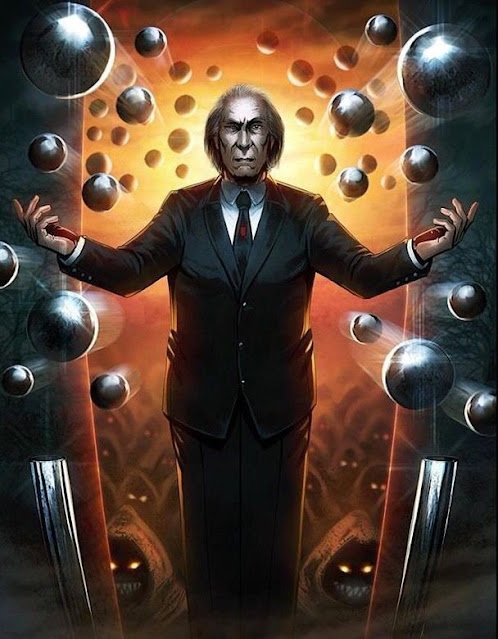 Alright none of this actually happened but I was on the Marvel Super Heroes RPG: The Unofficial Canon Project Marvel Phile section & noticed that they had covered the Epic Comics Shadowline books!  These comic books were Archie Goodwin's babies back in 1988 to 1990. And according to the Shadowline  Wiki entry; " Shadowline is an American comic book sub-imprint of the Marvel Comics imprint Epic Comics that was originally published from 1988 to 1990. " Oh the nostoglia for this series of books!  See about this time Phantasm II the horror movie  was hitting the theaters and boy was I mad for this series of films.
Now at the time I was working in a video rental store after school to help out my family the hours were long, the store had a decent selection of horror & somehow my young brain melded the Shadowline series with Phantasm II later on in '89 when it hit the shelves.

The most powerful of the shadows was Doctor Zero & he was one dark antihero in every sense of the word. Powerful, manipulative, & incredibly dangerous who would be incarnated from age to age as an incredibly long lived anti hero only to emerge into the late 80's as a 'super hero'. The Shadowline really did fit the late Eighties & Nineties Cold War paranoia. Believe me I lived & played throught it. On Writeups.org there's a complete write up for the Tallman here for the DC Heroes rpg. 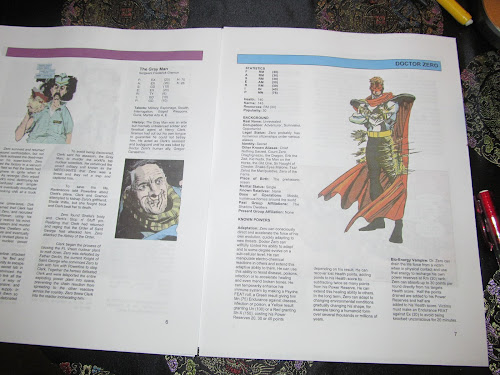 To me the Shadows were another tribe of Jack Kirby's Deviants because much later on Doctor Zero on another Earth would be killed by Hyperion of the Squadron Supreme. Hyperion was or is an Eternal depending upon the current Marvel comicbook canon.  I can't keep up with it. Now Doctor Zero & the Tallman could theoritically exist in the same universe. How?! Because the Tallman is ageless & so is Doctor Zero. So in 1939 Zero emerges into the light!
Doctor Zero has emerged because Superman has! And Zero wants to cash in. Hyperion is watching from the sidelines for the moment.
But back in the 90's I wrote a complete adventure in which the PC's were a group of small town heroes in 1939. The Tallman shows up in their town & things go very wrong. The PC's are all half shadows who are drawn together because of their shared heritage. One of the PC's is a full on super with psionic abilities and there was a subplot in Phantasm II about the Tallman hunting psionics. Those who survive will go on to kick Nazi ass in an upcoming campaign. 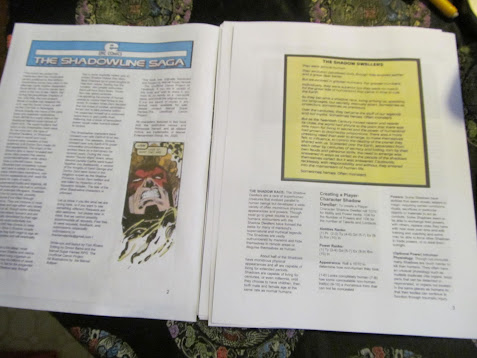 We never found out why the Tall Man suddenly comes into Mike's small town in 1979?! My personal head canon has been because back in '39 he was beaten back at great cost to our heroes.