So this week's game has been a nasty little romp through the back alleys of the city of A'agrybah. We've managed to dodge the cult of Karen goddess of managers. Don't ask. Almost got eaten by a series of sentiant slimes. Again don't ask. And got a wizard his enchanted sex toy collection. Really don't ask. Getting into the back end of Cha'alt Fuchia Mailaise has been interesting & messy. 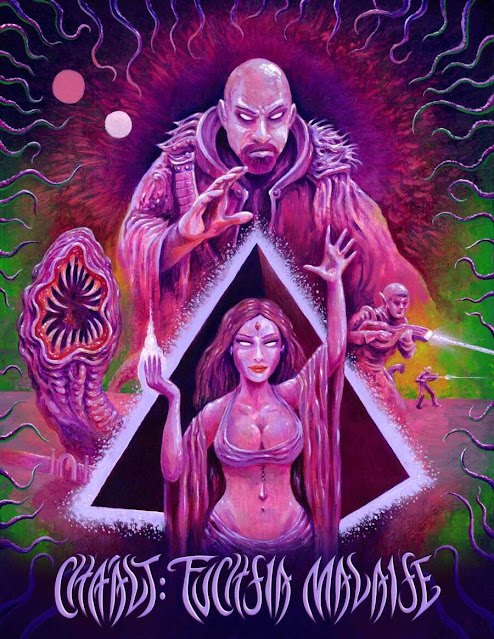 So right now we're heading over to make a back alley deal with a sorcerer of the order of Baleful  Tsathag'kha. We've dealt with these guys before and this is for a pass code for a 'deserted' Gamma Turquoise: Santa Fe Starport at the edge of the city. Things didn't go as planned as we ended up blaster muzzle first with the bodyguards of said wizard who wanted us to pay double. Rather then get into a long protracted blaster fight. We provided a small magic item for the price of the pass code. 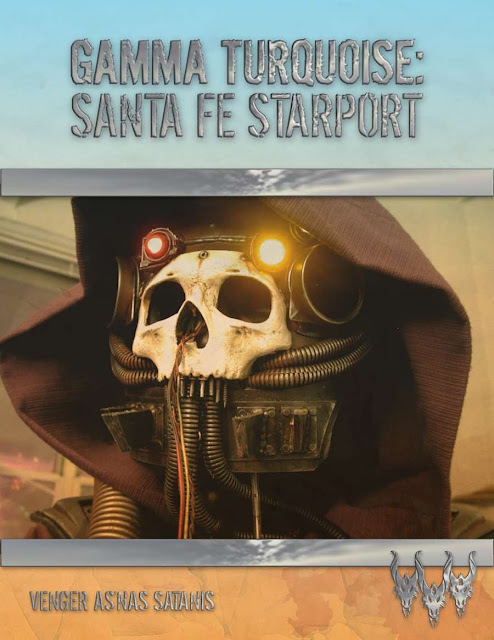 Things went from bad to worse as the wizard began to tell us about his dealings with the high tech facility of  Elysium. And what their operation was and how we could make excellent coin working for him after we're done 'liberating'  a space craft. Of course this isn't the only job he's got for us and the blasters did a lot of convincing to work for him. Asht'on Gar'ant is nasty piece of scum but he does pay well & we've no doubt that he will double cross us the first chance he gets.

I'm not the one on the DM's side of the screen and so I'm playing an alien named ODen a sort of humanoid spacer scum whose ended up Cha'alt after a series of mis adventures. The pirate scume I've fallen in with has lost their space craft in a game of castles that went side ways. My blaster, a few credits, and the clothes on my back are all that I own in this twisted world. Our crew woke up in an alien brothel with all of the rest of the money gone & a Hell of a hang over.
We've been cutting deal after deal over the last 72 hours to recoop our cash. And hence some of the risky deals that included running drugs, underground alien mating ritual porn, mini dungeon develving, doing three jobs for the thieves guild, and now this.

This is going to be our second time dealing with the  'deserted' Gamma Turquoise: Santa Fe Starport & the pieces of crap who run it. Last time we got a space craft after losing two of our characters. The problem I've got playing with DM Steve's adventure is that their high risk or high death.  Oh did I happen to mention the fact that our captain is in debt to the loan sharks from Torth. And the scum sucking sorcerer we're working with is associated with them. 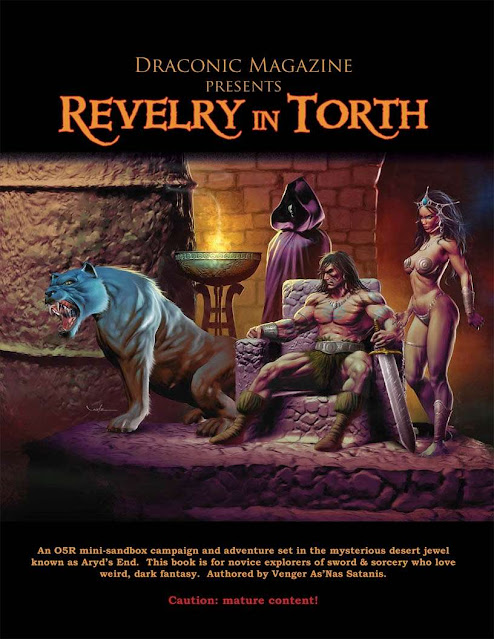