"This is the second in a series of groundbreaking AD&D® accessories. Within these pages are nearly 70 fully developed adventures that can be inserted into any campaign. They are ready-to-play challenges for all levels of characters. DMs need not spend long hours creating diversions for their players—we've done it for you." "If you have The Book of Lairs, you already know what you'll find herein. These mini-adventures are arranged by terrain type (city, desert, hills, mountains, forest, etc.), with monsters in alphabetical order for easy access. At the back of the book is a combined monsters statistics table, showing all the necessary figures at a glance."

"These are familiar monsters (like the gnome, brownie, and ettin) and not-so-familiar ones (like the bakemono and tengu), from both original AD&D sources and the Oriental Adventures book. Some of these mini-adventures are mere diversions; others can turn into minor campaigns! In any case, DMs and players alike are sure to be pleased with The Book of Lairs II."

This makes 'The REF4 The Book of Lairs II (1e)' a perfect fit for OSR retroclones such as OSRIC or for Gold & Glory. 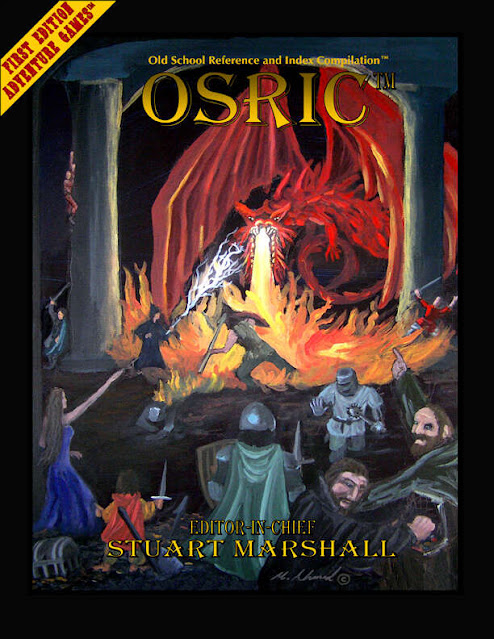 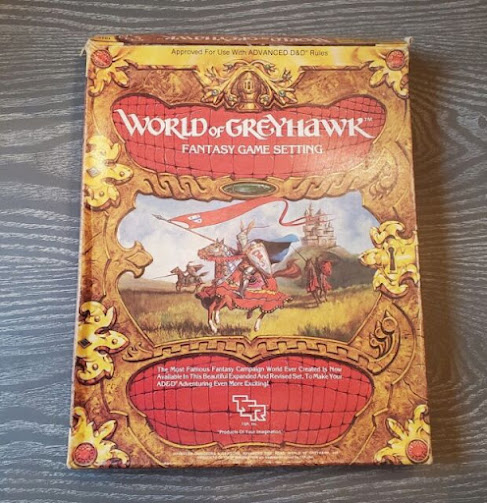 'The REF4 The Book of Lairs II (1e)' adventure encounters can be tailored from gritty to full on high fantasy. And with a bit of effort could be brought into a Sword & Sorcery game such as Hyperborea rpg third edition as one off displaced entities or monsters. Not so with Greyhawk where each & everyone of these encounters feels at home.
'The REF4 The Book of Lairs II (1e)' takes the adventure encounter anthology format and brings it up a notch because of its diverse cast of authors. Authors that were quartinated by one of classic TSR's best. According to the Drivethrurpg entry; "Project coordinators Bruce Heard and Karen S. Martin herded twenty different contributors, some TSR staff and some freelancers: Anne Brown, Scott Bennie, Deborah Christian, David Cook, Jane Cooper, Ed Greenwood, Jennell Jaquays, Robin Jenkins, David E. Martin, Karen S. Martin, Anne Gray McCready, Bruce Nesmith, Jeff O'Hare, Steve Perrin, Jon Pickens, Michael Price, Rick Swan, Gary Thomas, William Tracy, and Allen Varney." This showcases some incredible talent across such a sprawling & wide range of areas from classic TSR. So is  'The REF4 The Book of Lairs II (1e)' a part of the lists of underrated classics?! In my humble opinion?! Yes!