OSR Commentary On The Wretched Space 1.4 rpg By The Red Room

So I've been going over the latest update to Wretched Space & it's pretty damn interesting. But what's actually changed?! Well according to the authors:"As previously mentioned, instead of publishing a setting sourcebook for Wretched Space, we decided to do the same as in Bastards: introducing setting information in each scenario. But there's some basic info needed, so that's where Wretched Space 1.4 comes in: it has 70 more pages with more creatures, planets and plot hooks, a more detailed description of the Galactic Federation, new factions, major characters and suggestions to use the Beyond in a space opera game." 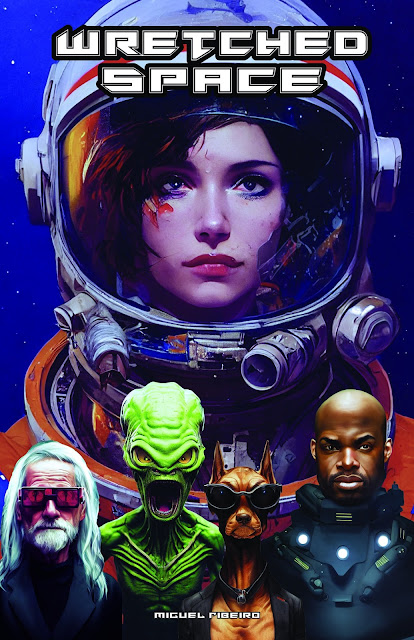 " And don't feel cheated if you have previously purchased it in print: in case you decide to get a copy of the expanded version, we will send you a special discount, so you'll pay only for printing costs. But, for now, 1.4 it's just in digital format; we still have some proofreading to do before committing to print."
So does the new Wretched Space Rpg actually live up to it's author's promises?! In a word, yes! There's expanded psionics, magic, &  a new uptake with the shaman class.
We get a huge & drawn out section on the Galactic Federation, the capital of the Federation, major political & military battles, law enforcement, The Knights of Cydonnia optional PC class, brand new factions including the Shogunate Alliance, The Atlas, & much more! You get new major NPC's, a ton of new planets, expanded world building section, & an expaned group of PC options! Now Wretched Space feels like a complete game unto itself.

The Wretched Space 1.4  rpg By The Red Room Is Available Right Here