It's been a few weeks since I did anything with the  Lamentations of the Flame Princess rpg  & so once again The Lamentable Companion has been on the hard drive staring at me. So last night at about three A.M. I took a look a the demonic pacts section & especially the demonic resurrection. 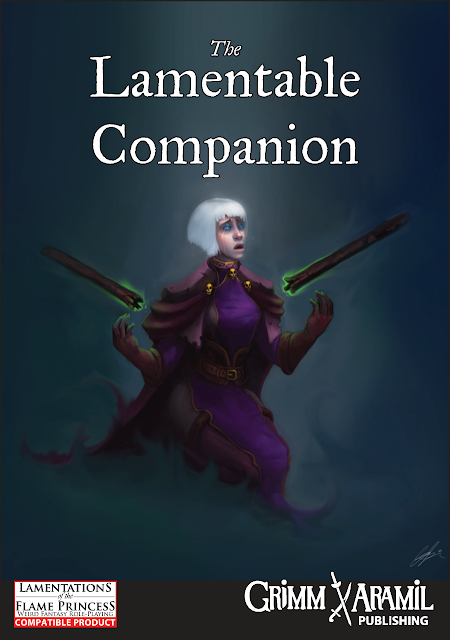 So in my experiences as a DM the only players who actually would use a demonic resurrection are black magicians or necromancers yes even in LoFP games. And that's fine actually. The real folks who benefit from a demonic resurrection are actually NPC villains. According to the guidelines; ". The Referee must determine who your character has ‘‘replaced’’. This will generally be a cultist who has offered their soul to the same demon patron who has already completed their ‘‘great work’’, although sometimes it will be a cultist who otherwise offered their soul without such a geas, or perhaps an unfortunate victim of the cult."

The resurrected soul is perfect as an unkillable NPC burning for revenge & to visit horror upon the players time & again. In a recent LoFP game a couple of months ago I witnessed first hand a PC's magician making a further pact with an NPC's patron to keep the soul within Hell! The DM as the demon actually manipulated said magician into entering Hell to defeat the NPC villain only to not let either soul go! The party decided to leave them both there & move on with the game.

Those who dally with such powers themselves sometimes have a whiff of the brimstone as the party later found out. They found themselves with a witch finder on their trail after that!