"A heatwave has been scorching America’s East Coast and cities up and down the coast have seen mass protests and riots. None has fared as badly as Capital City, Delaware where rising tempers, rising temperatures, and rising crime rates have made life hellish all summer long. Now things are about to get a lot worse. This morning, five police officers making a routine drug bust died at the hands of ascended criminals. The CCPD has called on every superhero in the city to hunt down the perpetrators and bring them to justice. But while the heroes investigate the shady side of Capital City, the perpetrators have other plans, plans that will bring the city to its knees…" 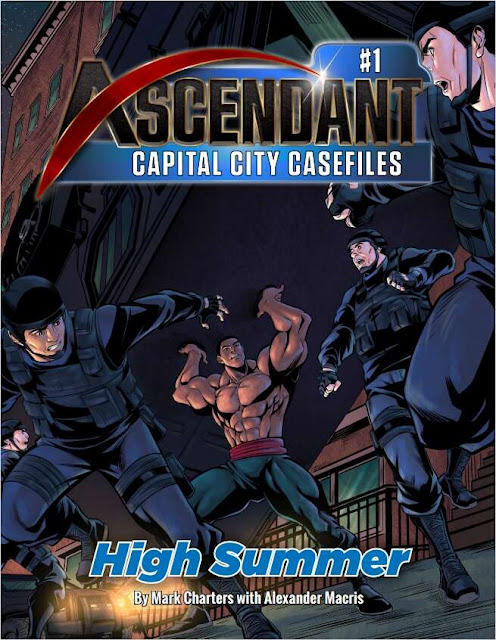 "Capital City Casefiles is a series of scenarios for Ascendant, the superpowered role-playing game of infinite possibilities. Each Casefile offers a single Issue of exciting play for a group of metropolitan metahumans with Power Levels ranging from 18 to 22 and a collective challenge rating of between 100 and 150 points."

"These scenarios can be played in any order and are designed to be easy to run with any type of heroes, be they super-powered police, costumed crimefighters, or underground antiheroes. The Casefiles are set in Capital City, Delaware, a fictional city first introduced in the Ascendant rulebook and detailed in the Capital City Gazetteer and Map Set (available separately from Autarch). But don’t worry – if you’re not interested in playing in Capital City, you can easily adapt the scenarios to your city of choice. Capital City can be Chicago, Detroit, or New York. It can be your hometown with a fresh coat of graffiti and a layer of rust and grime."

Capital City Casefiles #1: High Summer By Mark Charters, & Alexander Macris is one of those touch stone & campaign kick off adventures. Clocking in at only twenty seven pages. Capital City Casefiles #1: High Summer comes off like a smoking hot adventure scenario anthology reminding me of both DC Heroes RPG & classic TSR Marvel Superheroes. But belong to neither came as it plugs into it's own universe. The Ascendant Rpg is a complicated beast of a role playing game and it's one that deserves far more attention that it's getting. What Capital City Casefiles #1: High Summer does is add far more attention to the core aspects of Ascendant by bring us a chain of adventures that can be connected to your own Ascendant campaign. These can be modified & scaled to your campaign as you see it within the 100 to 150 point range. 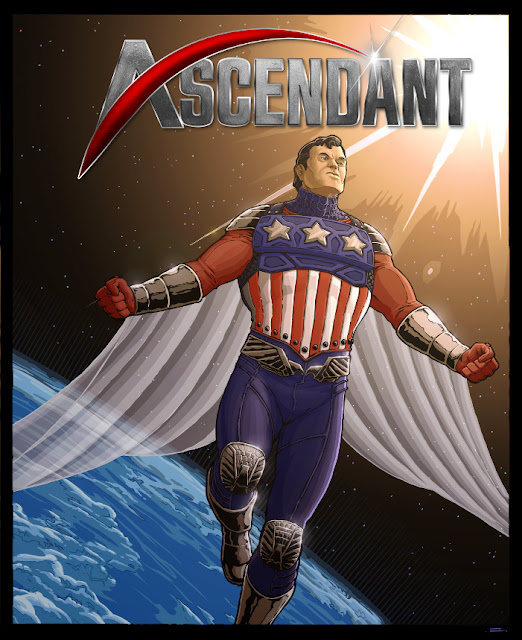