"Even the gods took fright at the Deluge,
they left and went up to the heaven of Anu,
lying like dogs curled up in the open."

So last night whist looking over the Best of Dragon magazine volume # V. there was an article that jumped out at me at about 3 A.M. & this was Katherine Kerr's 'The Real Barbarians', "History offers a different picture from literature. (Issue 72, Apr 83)". Basically the article goes into how history's barbarians are completely different from from Sword & Sorcery literature. For a kid this was ground breaking stuff but for an adult looking over the article it was a 'duh' moment last night. Or was it ?! According to the 'Real Barbarians' article by Katherine Kerr ; "All these disparate peoples do have certain traits in common, enough so to justify talking about a “barbarian way of life.” In general, barbarian cultures are more or less successful social adaptations to living conditions in wild forest, scrub land, veldts, or jungle edges — land that’s unsuitable for sedentary, intensive farming as the Greeks, the Romans, and later the Europeans practiced it. Though many barbarians do farm, they obtain the bulk of their food supply from animals, either livestock, wild game, or both. A population that doesn’t rely on agriculture to feed itself must meet two requirements: The people need a lot of open land in proportion to the population being fed, and the people need to be mobile. Barbarians rarely have cities or towns, merely villages and camps, if they have any permanent settlements at all"

And this has me thinking about star faring civilizations & how this same lifestyle could be applied to the stars. Now over the past couple of days I was looking into creating a group of puesdo space marines as a faction. And I needed to do it quickly for an upcoming post apocalytic game. What if the ancient gods decided to take full advantage of the circumstances by creating their own ancient semi divine warriors. Warriors who could take back what was 'rightfully theirs'. So started looking at the  Mesopotamian god Anu & his incarnations.  So if we go with the idea of the Nephilim being powerful semi divine beings & Anu & his incarnations being a part of this equation. Then it's easy to see these beings emulating at least in the beginning some of the traits explained in the 'Real Barbarians' article by Katherine Kerr. What would warriors sent down to a post apopalyptic world look like?! Well that's easy James Mishler did a perfect PC or NPC class to emulate this in the form of the Demi God race. 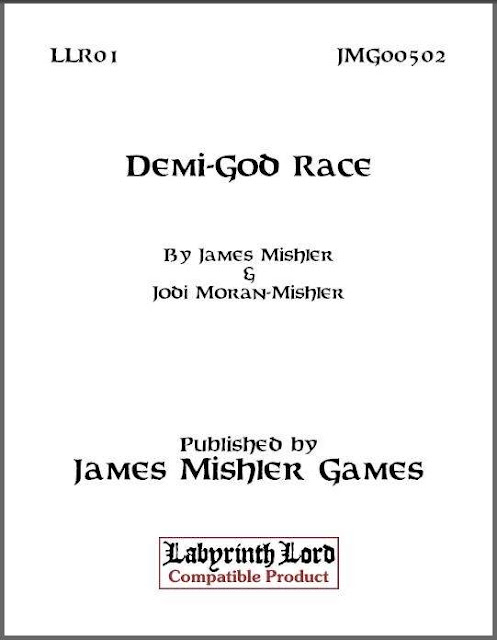 If these entities follow the barbarian then civilized model within their life cycles then it's possible that they also have singers & shaman among the former galactic empires; "Singers, such as the Celtic bard or German scop, are far more than entertainers. They are the oral historians and guardians of the traditional wisdom lore for their tribes. In their memories, in the form of poetry, are the genealogies of important families, tales of past battles and events, and a kind of lore called gnomic, which is part good advice and part primitive science. Using poetic stanzas, gnomic lore preserves wisdom such as “a faithful wife is better than a fine horse” and “dark clouds, yellow leaves — winter is coming.” Among Low barbarians, each camp or village has its own part-time singer. Among High barbarians and nomads, most singers have a place in a noble lord’s retinue, but some wander from group to group within their tribal territory. Whenever they appear, these wandering singers are fed, sheltered and treated with respect by those they visit."
The 'gods' are coming back to the post apocalyptic wasteland & their shamans or singers are announcing their coming. They enslave and once again begin the practice of city building among humanity. This is the barest of outlines right at the moment but there's other thoughts thundering their ways through my head right now. The idea here is that these alien semi divine beings go from roaming barbarians, conquer, & then begin building city states for a few million years then move on. They roam the stars using their vat grown  children as conquerors. These are simply some ideas scratched out.