The Sick Stick Relic For Your Old School Campaigns 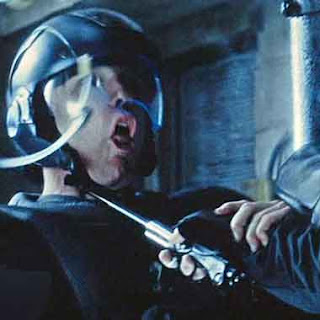 The sick stick is a techno magick instrument of Order  created by the wizard alchemists of Jus, this weapon by passes the gag reflect making the target save vs device or wands and causes the target to vomit uncontrollably feeling completely helpless. The victim is at a -7 on all rolls as their nerve endings dance in time to the magickal  apparatus. The target must be touch the target's bare flesh in order to activate the projectile vomiting effects of the instrument. Sick sticks make a distinctive 'whathap' sound as the ends of the wand extends to its full four foot reach within 1/2 a round. The relic is powered by the body heat and electrical impulses of the owner's and user's body. It is good for seven applications to targets before the biogel power pack over loads. It recharges and resumes operation as normal on the next application after twelve hours of down time. A normal attack roll is needed for the weapon to hit home on a target and to activate the full effect

Those hit will projectile vomit on all those within a three foot radius around them, targets hit will be at a -2 to all rolls because of the smell and gross stomach contents that have been spewed on them. And -6 on all Charisma based rolls. Targets who are hit repeated by this weapon will take 1d4 bludgeoning damage for each hit after the first because their nervous systems repeatedly misfire and gagging, choking will result. Those who receive such treatment will be considered stunned for all rolls after the first application. Eventually they will pass out from such violence to their bodies.

These relics were used according to legend by an organization of knights and warriors of Atlantis who served a triad of powerful psychics and psionists who routed out violence and wrong doing before it ever happened. They're details are lost to history but these relics were almost always associated with them according to myth and legend. 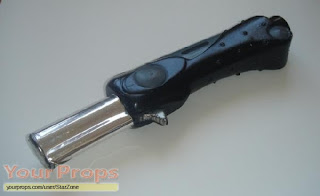 Many slavers pay handsomely for these weapons which are often found in former military fortifications, underground bunkers, etc. Where these weapons were used on prisoners as a non lethal means of enforcing guard's orders on victims. Several Atlantian infamous kidnapping rings use these weapons and they have a very unsavory reputation among adventurers. Certain warriors clans who have run generational prisions among the wastelands still use these weapons as part of their routine stock and trade. There are several bands of bounty hunters who have looted Lemurian temples dedicated to the Lords of Order in order to recover these relics. They are worth between 10000 to 30000 gold pieces to those who work in areas of prisoner transport and capture, kidnapping, assassination, and bounty hunting.  Some large scale population urban center guards or city watches have a 2% chance of still having these techno magick instrument of Order within their arsenals. 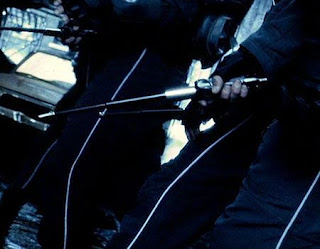 This is a variation of a weapon that appeared on the cult classic  The Minority Report  movie. This is a homage to one of my all time favorite guilt pleasure films  not a trademark or copy right violation or challenge to the film  or the role playing systems mentioned in this blog post.
Posted by Needles at 2:32 PM