Humanoids From The Nightmare World For Your Old School Campaign 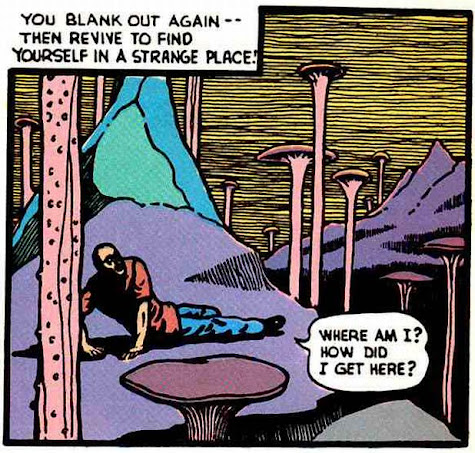 Trapped beyond the threshold of our so called reality and the Outer Darkness there are realms where the ancient wizard priest of Atlantis left horrors for all times.Terrors from the Outer Worlds that wait just beyond our dimension for us to slip into their eternal prisons. The humanoids from the nightmare world are one such race of semi demonic humanoid things that know the ancient rites to escape their prisons. They are winged horrors that clumsily glide on winged skin hunting whatever falls into their prison world. These horrors are class 'C' flighters at best, gliding on the pseudo currents of wind and mental energy. With claw and sharp teeth these horrors hunt whatever comes their way often ambushing unsuspecting prey in their semi serene dream worlds. 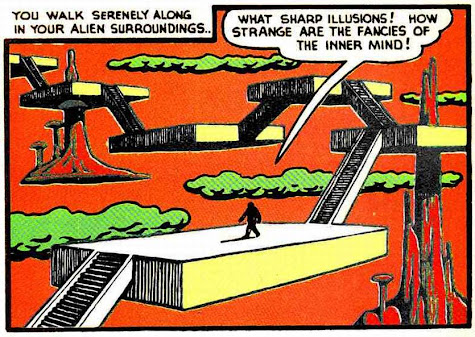 With infravision able to see at least over a hundred yards in the strangely lit twilight world the humanoids are perfectly suited to their strange other dimensional surroundings. They close with their prey and with a rapid succession of hits knock the pray unconscious to be carried back to their cavern lairs. 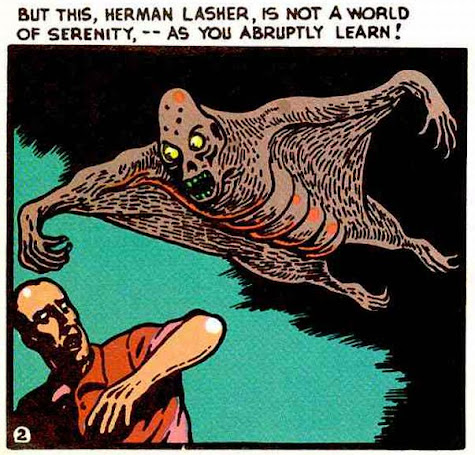 Often this is not for food as the humanoids are able to sustain themselves on the warm of their strange other dimensional light source. A cold dead star that burns in the sky and sustains their inhuman and strangely wrought bodies.

The worst aspect of the humanoids from the nightmare world is their inhuman surgrical abilities. With a simple ritual dagger and deep black magickal rites they are able to transplant the minds of their victims into the bodies of others. 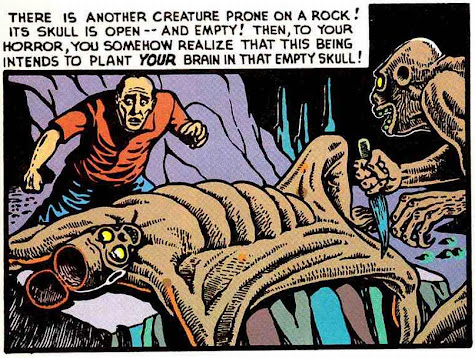 This enables the mind of the humanoid of the nightmare world to escape its hellish prison world whist trapping the victim within the horrid and twisted body of the humanoid. Those undergoing this rite must save vs death to avoid losing all identity or dying completely.
Those who awaken and survive these rights are completely horrified and often commit suicide rather then face the horrid existence of being trapped as the victim of these creatures of Hell. But the worst revelation is that some demonic thing is now wearing your body and identity back in the real world. 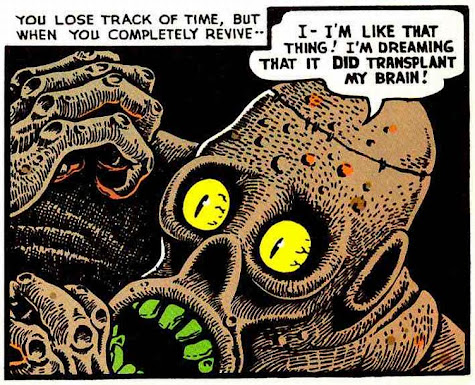 Often such revelations are far to much for the fragile human mind and a period of semi insane and horrid actions as the new tenant of the demonic bodies come to grips with the realization of what has transpired to them. These revelations often times drives the victim mad with regret, insanity, and sometimes worse. 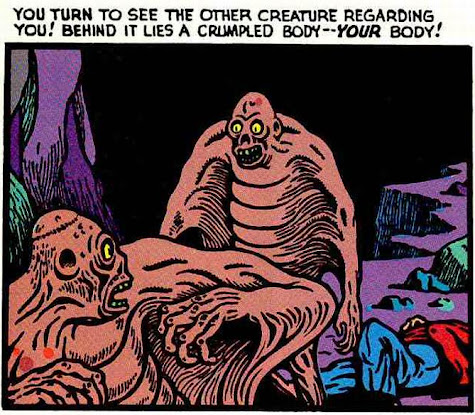 Humanoids from the nightmare world often venture into the land of the waking and living using ancient rites to escape their prison world for periods, when they do so they often wreck havoc wherever they go. These creatures have an innate grasp of Grey and Black magick. They often have the abilities of a forth level wizard or higher. Often times bargains are struck between the humanoids from the nightmare world and far more powerful demons and demon lords who are able to temporarily set these monsters free for 1d8 months at a time. Those trapped in the bodies of these creatures often find ways of returning to the world of the waking as well but often this comes with the revelation that while they have indeed escaped the nightmare world for a time they are still trapped within the rubbery and horrid bodies of the humanoids. 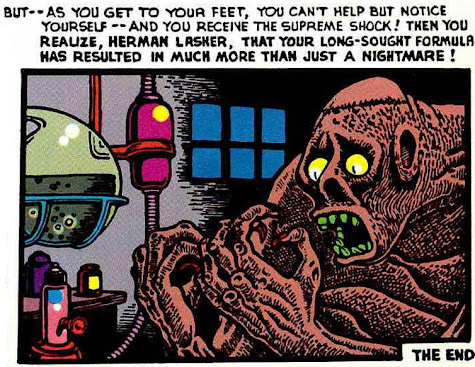 Humanoids can be encountered anywhere and have been encountered and seen on a variety of different worlds. They're weird rubbery bodies protect them from all kinds of harm and they seem to be almost immortal surviving for thousands of years on the meager pickings of the nightmare world.  They are able to use some magical artifacts and technological relics but prefer their brute strength, savage claws, and utter inhuman violence. Many demonic lords, warlords, and inhuman sorcerers love to summon these hellish creatures and release them on to a great variety of dimensions and planes.
Posted by Needles at 11:44 PM