Well, Venger Satanis  released Crimson Dragon Slayers what seems like an eternity and it sits on my hard drive mocking me. But the pulpy and weird adventure apocalyptic world of 80's awesomeness called Thule is a bit of a conundrum for me. What sort of campaign is going to work for Thule when your 80's stereotype is transported to a world dripping with pulpy gobs of danger and adventure around every corner. What do you do? Well you turn to the awesome films of the 80's for help.Here are five possible candidates for adding a bit more weirdness and nostalgia echo to Thule. I chose five films that are not the usual sword and sorcery films that get slapped onto every list of Appendix N fodder.
Grab Crimson Dragon Slayers Right
HERE 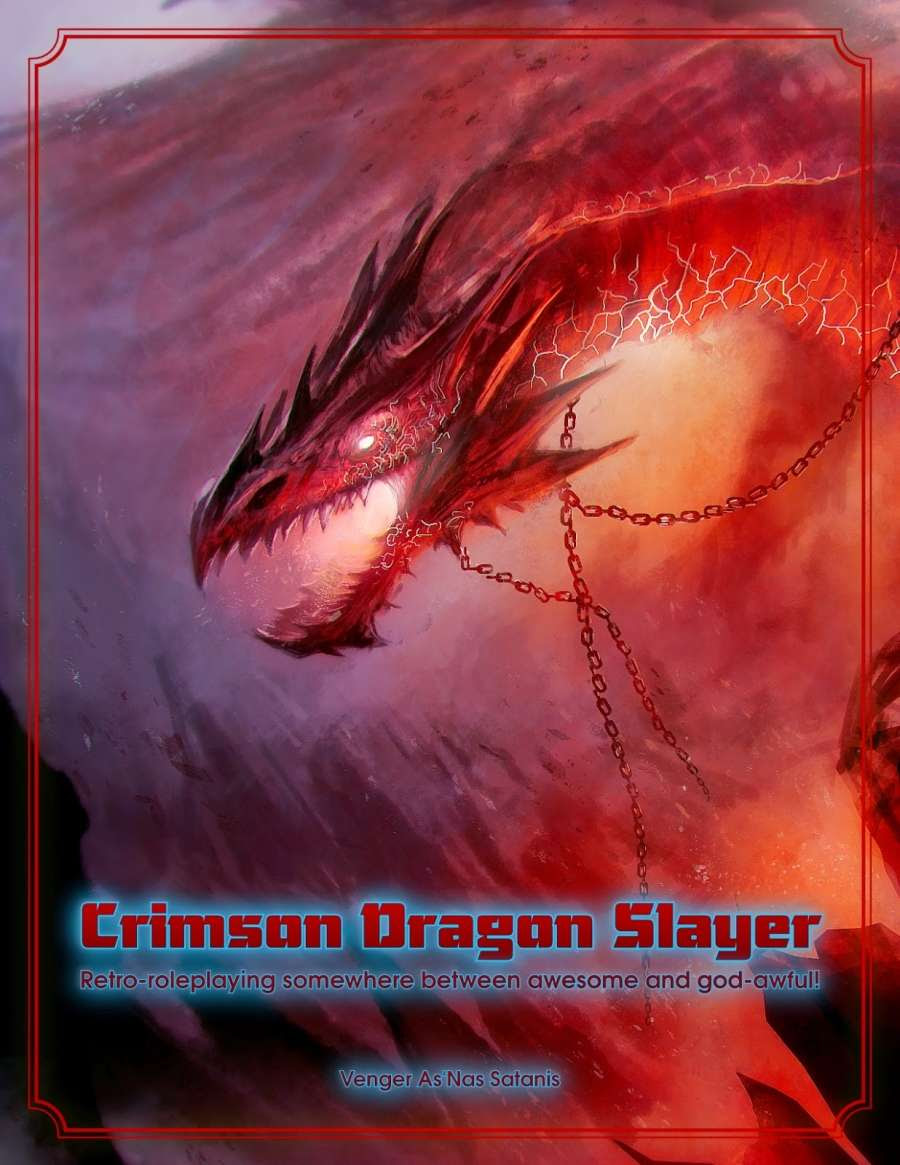 So right off the bat is one of the classic vampire flicks of all time. Lost Boys 1987  brings a ton of stuff to the table that can be mined to create some very interesting and compelling adventure fodder. Re skinning the locations, characters,etc. can turn this film into an instant campaign jump start.

The village of San Demingo has a problem with vampires and the PC's have stumbled upon this little corner of paradise. Well at least at least until sun set when the vampires come out like flying nuns. A series of caverns around the coastline hide a mega dungeon secret or two. Put the Lost Boys soundtrack and let your imagination run wild.

Vacation 1983
Look hear me out before you go dismissing this film right out of hand. Take the family from this classic comedy lock, stock and two smoking NPC's and add them right into the background of Thule. Then reskin the Los Angeles amusement park Walley World, billed as "America's Favorite Family Fun Park" as a megadungeon run by your favorite dementated monster or demon lord and your set ready to go. Add in traps and classic fantasy tropes as needed. For even more fun add in bits of barely recognizable Advanced Dungeons and Dragons cartoon bits as needed.


Fun for the whole party awaits in this re skinned classic with classic adventure bits for the whole family.
Legend 1985
The Fey have come to Thule for a little fun and to challenge a demon lord whose going to shut off the sun. Weirdness and demonic hi jinks await the party as the entire world is a frozen snow globe of goblins,elves, and fey awaiting the party of adventures. Or is it? Could all of this epic weirdness be happening inside some wizard's snow globe and all of this epicness being nothing more then a trick by a demon lord?


.
There's enough milage in this film for at least three different campaigns for Crimson Dragon Slayers. And enough challenges, treasures, and boldness to mine this one for months of play.

Beetlejuice 1988
What happens when the dead of the 80's get miss placed into the background of Thule? Can they adapt to a world of fantasy awesomeness? Will they be able to escape the vast desert that surrounds their afterlife? Will the sand worms claim your adventurers or will they joined those living challenged NPC's? Are there answers to these questions in the megadungeons of the afterlife of the ghost with the most? Only your DM can answer these questions and how will things ever be the same again?

Crank up the VCR and let your ideas flow and bleed into Thule changing and modifying this world of pulp adventure to suit your twisted needs.

Who Framed Roger Rabbit 1988
Classic toons, toon town, weird characters, twisted NPC's and lots of fun is what this film has to offer. Adding in toons to Thule brings home the twisted strangeness of the location. And there's plenty of opportunity to have tongue planted firmly in cheek with this one. Add in random adventure locations as Toon town bleeds into Thule at random intervals. Maybe there's an H.P. Lovecraft's  Dreamland connection or some lost child has suddenly found themselves in Thule and brought a bit of Toon town with them.

Don't be too quick to dismiss this Eighties classic film of animated fun, there's lots of weirdness to mine as you realize that much of this film offers some truly interesting and unique NPC's if some of the background of Toon town is researched and explored. These films offer some really strange and interesting ideas to add into as solo or one shot adventures or unique encounters for Thule.
Posted by Needles at 6:01 PM