'You owe us Fabiaschi & we've put up with a lot of your guff.', DM Steve wasn't letting me off of the hook easily. But what the Hell was I going to do if the PC's survive!? Their latest decent into  Black Blade of the Demon King by Ahimsa Kerp,  & Wind Lothamer from Knight Owl Publishing?! 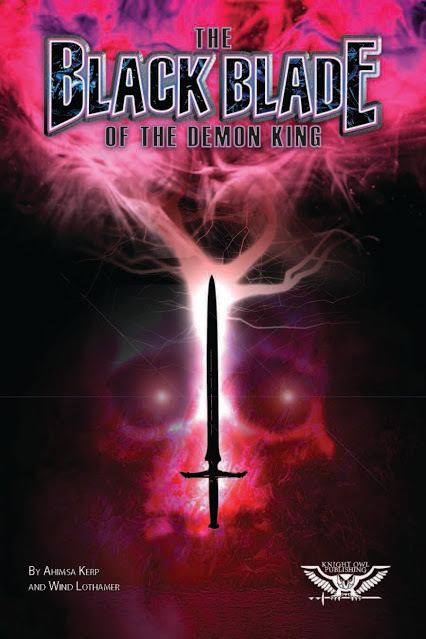 So today we were informed that two players who moved away about two years ago are moving back into Connecticut to take care of their eldery parents. They'll be working remotely as are a lot of people in this age of Covid. But now they'll be playing more the problem?! My sewing machine work takes up a good chunk of my schedule. Now Black Blade of the Demon King by Ahimsa Kerp,  & Wind Lothamer from Knight Owl Publishing is an adventure that I've been running with the OSR rules set up for this game has been the Fantastic Heroes & Witchery  Rpg. But with possibly eight players what can I possibly do for a ready to go campaign world yesterday?! Well wayback in October there were a few sessions of  Atlantandria Port City Of Accursed Atlantis. Now here's the problem there's not a huge amount filled in about the world campaign setting of Accursed Atlantis or is there?!  A while back I approached Steve Miller of Nuelow games to grab a copy of his Love Witch supplement.Which while it is D20 Modern OGL is actually easily convertable to both Castles & Crusades or Fantastic Heroes & Witchery  Rpg. 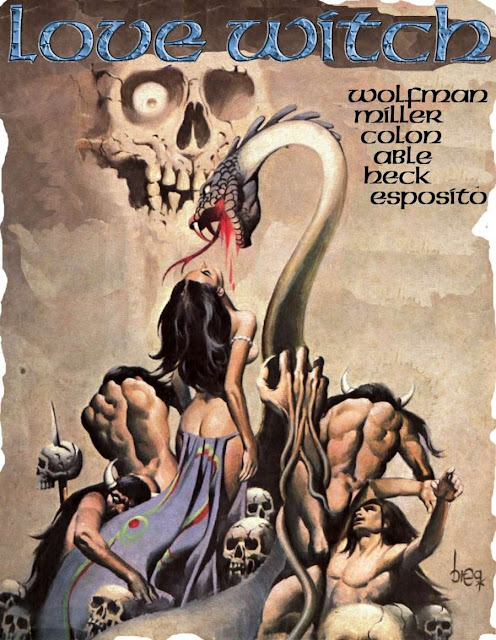 Originally 'The Love Witch' was supposed to be an encounter for my Godzilla/War of the Worlds Victorious rpg 1898 campaign. And it still might be. But now the Love Witch has become an island off the coast of Accursed Atlantis. But that's not all! Miller's Jungle Terrors supplement has several nasty Chaos laden vampiric species that are going to be on another part of the extra dimensional isles surrounding Accursed Atlantis. 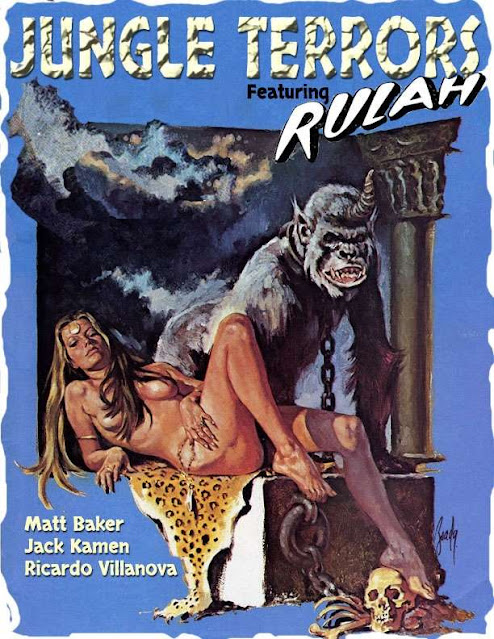 Already I can hear the OSR fans sniping but there's no bleeding old school connections. But wait there's the vampiric cult of Drelnza on Accursed Atlantis. Her fearsome cult of blood sucking fiends grows nightly & her priests grow her flock in preparation from when she awakens on another world.  Drelzna, the vampiric daughter of long-deceased archmage Iggwilv. One of the biggest modules that had an impact on me was S4 The Lost Caverns of Tsojcanth. 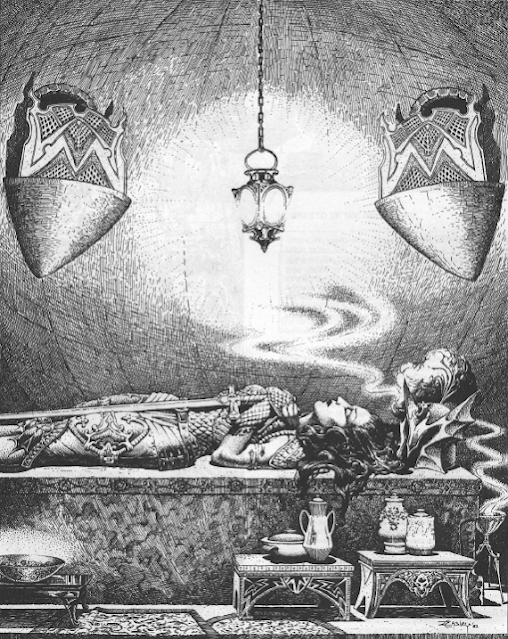 The players have already said they wanted a bit of an off beat campaign? And boy have I got them covered. Imagine if you will crossing slumberland & adventuring  with some of the horrors of both HP Lovecraft, & Clark Asthon Smith. Surely this would require an expensive book from the furthest reaches of the OSR? Actually it ran us about ten dollars with issues one & two of 'Through Ultan's Door'. 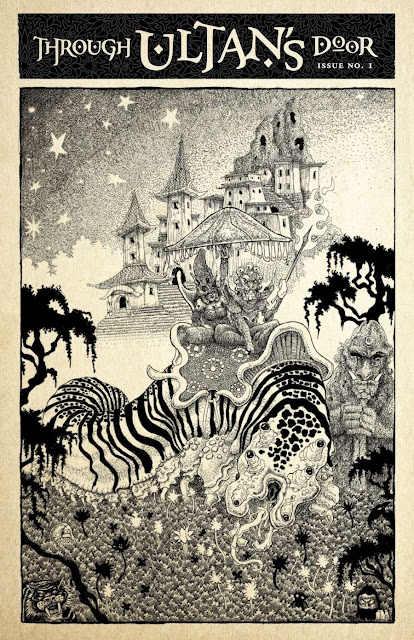 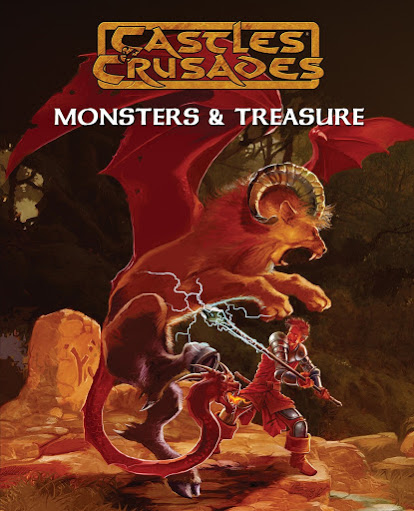 This whole cloth idea came straight outta of Michael Moorcock's The Dream Thief's Daughter Tales of the Ablino along with an unhealthy dose of Lovecraft's Dream cycle. But remember Chaos will have its day folks. 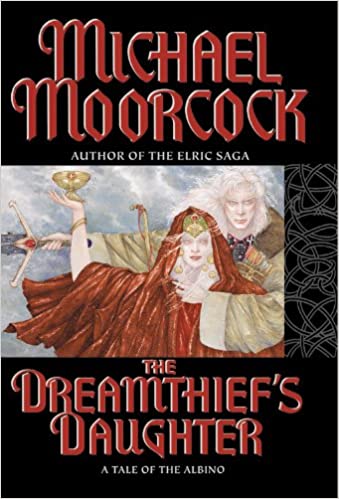 Two of our players are already agents of Chaos & one of em is an agent of  Law who seems to be inching towards Chaos.. But time will tell... That little incident involving on of the PC's  becoming a necromancer might have tripped a bit of a trigger.