The ways of chaos are many & subtle, today we're gonna dive deep into the many layers of the Chaos in the Stormbringer rpg if only a bit briefly. 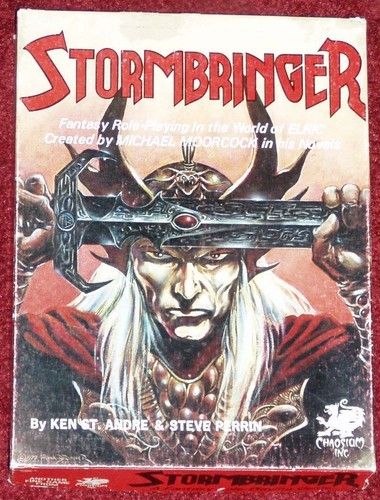 When one thinks of the expansion of Pan Tang across the Young Kingdoms its not the armies of that depraved demonic nation. But the temples & churches of Chaos that are actually the real conquring force. And one man stands at the head of it all Jagreen Lern . The Theocrat of Pan Tang is both figure head & spear head for one of the most dangerous forces on the plane of the Young Kingdoms. 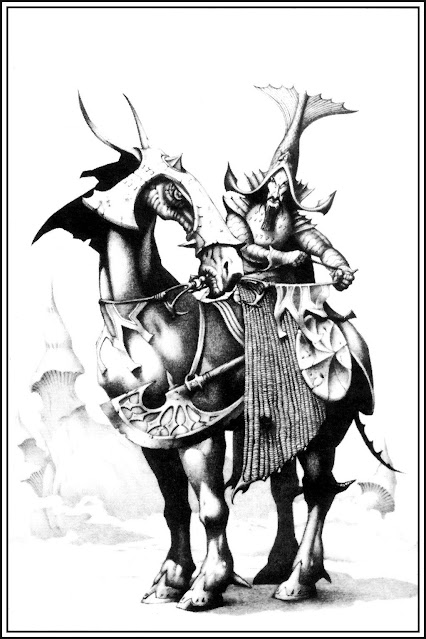 Rodney Mathews Jagreen Lern is the definitive version for me. 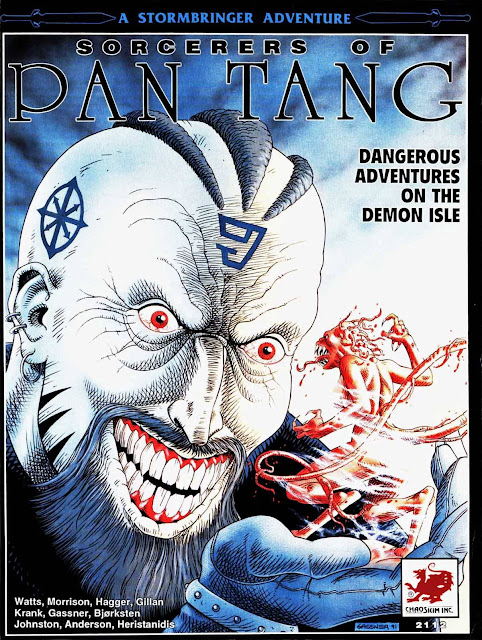 Sorcerers of Pan Tang has it all; ""Pan Tang is a grim island of lurking evil. Wild jungles to the north resound to the roar of a thousand tigers — the animal sacred to Chardhros the Reaper. The Plain of Glass divides the island, a shining wasteland of ancient volcanic catastrophe. The farmland to the south is a living hell to the slaves who work the great plantations.The capital of Pan Tang is Hwamgaarl, the City of Screaming Statues. Tigers walk among men and feed when they please. Sorcerers study dark knowledge and summon awesome horrors from other planes to do their bidding. The citizens of Hwamgaarl take their pleasure in the Gardens of Pain, gather their knowledge at the University of Lucid Perversity, and propitiate the Lords of Chaos at the Palace-Temple of the Theocrat.

Jagreen Lern is the Theocrat of Pan Tang, presiding over this nightmare land. A new age is coming, and his armies are ready. Other nations of the Young Kingdoms already plot against Melnibone, and soon those plots bring war. Pan Tang hovers, vulture-like, awaiting the results of the first violent clash of Young Kingdom armies against the remaining might of Melnibone. Though Melnibone has ruled the world for 10,000 years, in only a small fraction of that time will it be destroyed.""  This back bit of Sorcerers of Pan Tang is from Wayne's Books right over here.
Players are going to take one look at this book & have thier PC's run in the other direction. We avoided & ran away from the Pan Tangians everytime we encountered them or destroyed them on sight. How does one make the temples & churches usable & a bit more subtle?! That's where the free  Cults of Chaos monograph comes into full play. When Chaosium was actually sellingthis monograph we snapped it up. The whole thing is a great little addition to the DM's tool box. 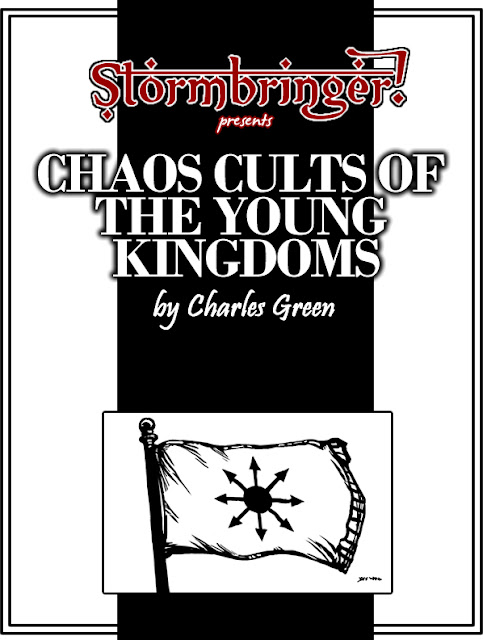 If 'Sorcerers of Pan Tang'  is the definitive source on the demonic island nation in the Young Kingdoms then Charles Green's ' Cults of Chaos' is the operator's manual. The cults here are presented in two ways that make ' Cults of Chaos' so easy to use. First is the player's section which details the public face of these minion's of chaos & then ' Cults of Chaos' switches over to the DM' section giving us the real face of these bastard cults within the Young Kingdoms.  Being far more subtle is the route to go.
The Young Kingdoms is a place whose world  cycle is moving forward & the powers of chaos are going to have thier due. No more is this evident then within Michael Moorcock's Bane of the Black Sword;""High in the wintry sky climbed the dragons as Elric urged his charges westwards. Thoughts of love, of peace, of vengeance even were lost in that reckless sweeping across the glowering skies which hung over that ancient Age of the Young Kingdoms. Elric, proud and disdainful in his knowledge that even his deficient blood was the blood of the Sorcerer Kings of Melnibone, became detached.
He had no loyalties then, no friends, and if evil possessed him, then it was a pure brilliant evil, untainted by human drivings.High soared the dragons until below them was the heaving black mass, marring the landscape, the fear-driven horde of barbarians who, in their ignorance, had sought to conquer the lands beloved of Elric of Melnibone."Ho, dragon brothers — loose your venom — burn, burn! And in your burning cleanse the world!"THE BANE OF THE BLACK SWORD is the fifth epicnovel of Elric, complete in itself."" 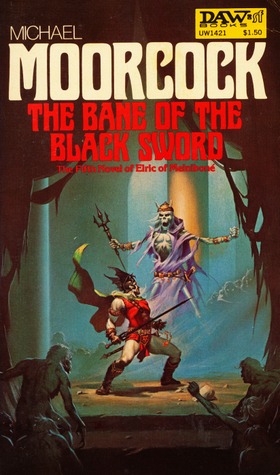 ' Cults of Chaos'  back plugs into this element of the Stormbringer rpg mythos by back plugging into the material. Here we have the dangerous as well as the seductive elements of chaos at play. Why is the world of Elric doomed?! Because we've doomed the Young Kindoms  with our worship of the chaos powers & the door has been flung open. Is there any hope?! Yes & no.. We'll get into that coming up. Charles Green's ' Cults of Chaos' is one of the definitive Stormbringer fifth edition monographs. It takes the  ' Cults of Chaos' & gives them a humanized in fact too human face to deal with. This isn't a proper review of ' Cults of Chaos' but more of an overview & commentary.
Posted by Needles at 9:29 AM