A Quick Overiew & OSR Commentary On Corum: Heroic Adventures Across the World of the Five Planes Rpg From Darcsyde Productions For The Stormbringer fifth edition rpg

"The balance between Chaos and Law has tipped. Barbarian hordes sweep across the land while civilization decays in doomed castles. Eldritch beasts terrorize the innocent. Arcane technologies are all but lost and foul Chaotic magic corrupts land and sea alike. In the age to come a cursed Prince will seek his destiny across this dying world. His path will be vengeance, his ultimate goal . . . to confront the gods themselves.

In this supplement to the acclaimed roleplaying game Stormbringer you can adventure in a heroic fantasy setting based on the World of the Five Planes created by the master of fantasy, Michael Moorcock. You will confront the most bizarre monsters and foil the deadliest plots on this and other planes of the Multiverse as you battle to free yourself and your world from the machinations of the gods." 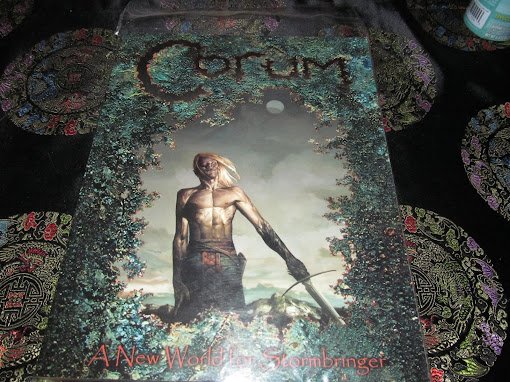 Basically there are a number of rpg reviews & blog articles on the internet about the Corum rpg . This book is basically a third party add on for the Stormbringer rpg system & its done very well. Geoff Gillan with Mark Angeli, Alex Hammond, Bill Routt and Liam Routt take us into the Welsh mythological inspired world of Corum Jhaelen Irsei ("the Prince in the Scarlet Robe"). Corum is the Vadhagh race & another tortured aspect of the incarnation  the Eternal Champion. Out of the Eternal Champion books by Michael Moorcock Corum is one of my favorites. The cover of the Corum rpg is an artistic interpreation & it fits with the over all mood of Corum's incarnation. The history of the Corum rpg goes something like this according to the Corum wiki entry; "Darcsyde Productions produced a supplement for use with Chaosium's Stormbringer (2001) role-playing game adapting the characters and settings from the Corum series for role-playing."
Michael Moorcock's Corum cycle is about death & rebirth, the dying of th old gods,  loss & acceptence, & the battling against the forces of Chaos that threaten to not only change but wipe out both the men of Corum's world but  the Vadhagh themselves. The men of Corum's world are puppets to the Lords of Chaos & yet they are willing puppets. Corum himself is one of my favorite incarnations of the Eternal Champion he finally achieves a measure of happiness against the backdrop of the battle between men, Law, & Chaos.Ultimately Corum is himself a harvest king.  Darcsyde Productions book originally sold for 24.00 dollars us & boy I'm glad I picked it up. Now even the PDF's of the rpg are getting much harder to get ahold of. 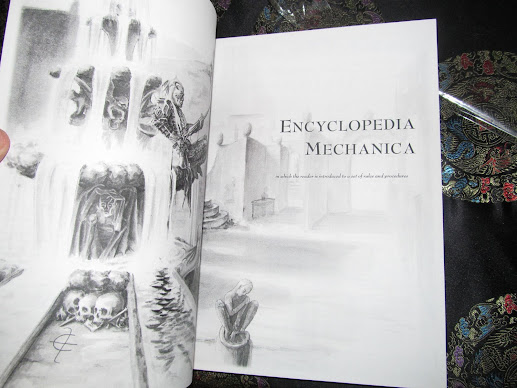 The world of Corum is a strange & dark one where the five planes overlap. The Welsh mythological cycle is right in central themes of the game & it makes no bones about it. The rpg covers the main storylines history of Swords trilogy & the Silverhand's book plot lines.  The layout, the mapping, the cartography, & the whole product is a weird yet rpg loving system to Moorcock's maimed hero. 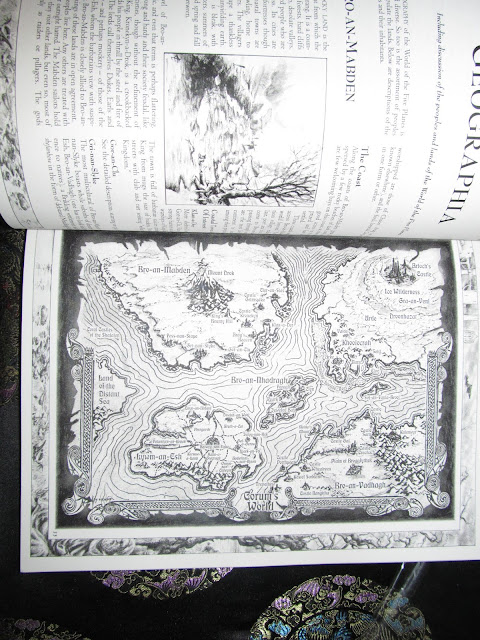 Darcsyde Productions did a bang up job with this book but its not a stand alone rpg but a supplement.  There's no place where this is more evident then in the magic system where the Stormbringer rpg's rules are modified. These systems  bring in whole new aspects into the Stormbringer fifth edition rpg especially when it comes to the sciences of Law & the magicks of  Chaos. 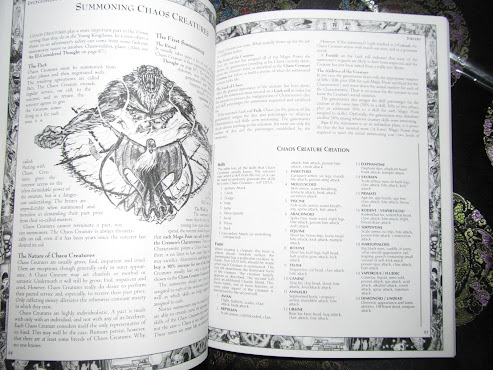 The Stormbringer fifth edition rpg isn't a whole new kettle of fish so much as it takes the kettle's contents in several other directions. It would require several blog entries unto itself but Corum is a product of the early '00's Stormbringer rpg scene. This isn't a bad thing but simply from a different time period allowing a different aspect of play. 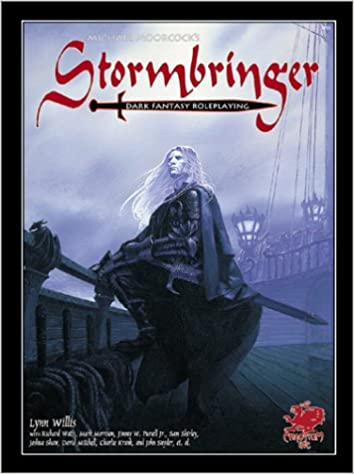 And the answer before you even ask is no I'm not ever selling my copy of the Corum rpg. This was gotten during a very dramatic time of my life but that's a blog entry for another time. All in all Corum: Heroic Adventures Across the World of the Five Planes  Rpg is a great little addition to the Stormbringer fifth edition product line & universe. Really wish that the Corum rpg was still in print so that others could experience this version of the tales of Corum as their own campaign setting.