He who has trod the shadows of Zothique

And looked upon the coal-red sun oblique,
Henceforth returns to no anterior land,
But haunts a later coast
Where cities crumble in the black sea-sand
And dead gods drink the brine.

He who has known the gardens of Zothique
Were bleed the fruits torn by the simorgh's beak,
Savors no fruit of greener hemispheres:
In arbors uttermost,
In sunset cycles of the sombering years,
He sips an amaranth wine.
Clark Ashton Smith Zothique

This session report update picks up right from yesterday's. The sound you can probably hear from here is me weeping behind the DM's screen. Just last night the players decided to spin me around a bit by taking on PC that was 'retired' back to Hell. We had been to Hell & back. Then Terry my player whose been taking on a Castles & Crusades knight wanted to know if it was alright if he could be a follower of Nodens?  Alright that doesn't sound bad?! Right?! Wrong! The group has decided they want to take a detour into Zothique before venturing onto Cha'alt. This means that their after artifacts, weapons, & equipment  one of our old games parties has left behind at the temple of Nodens on Zothique. 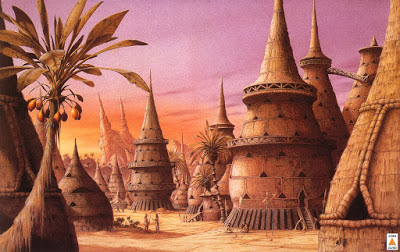 What they don't know is that a gang of chaos muaraders dedicated to Rhan-Tegoth  was intent on stealing those artifacts. What the party doesn't know is that if they start making diplomatic moves towards that temple they are going to attract the eye of a very powerful patron. 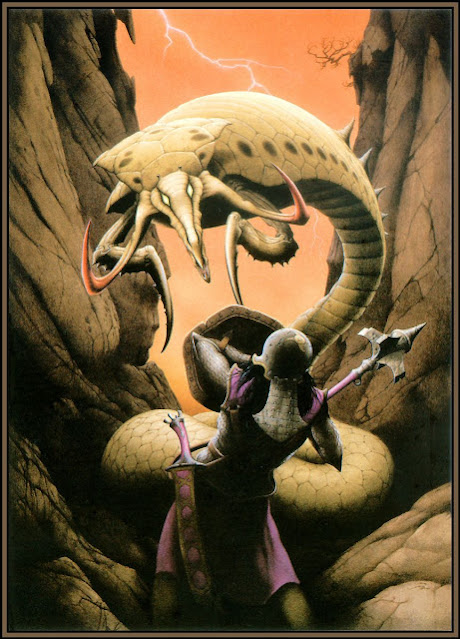 Rodney Matthews 'Who Disturbs The Tyrant'Used without permission no breech of trademark or copyright is intended.

That particular temple is under the patronage of the arch wizard Stephen Amber  & things are going to go from bad to worse if the party doesn't watch its step. This isn't a forgiving patron of the arts here this is a patron of the dark arts to be sure. 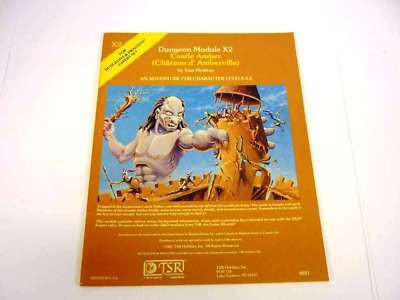 Stay tuned things are about to get much more interesting!