South of the Mega City - B1 In Search of the Unknown Christmas Post Apocpalytic Mash Up ( !?) Session Report

Over the Christmas holiday we got a chance to get together & the players wanted something fast & dirty to play. Now since over the Christmas holiday we've been messing around with some Lamentations of the Flame Princess rpg supplements. But the players wanted something meaty & solid to sink their teeth into but short. Now there was a dog eared copy of an old campaign not  with me & we were all pretty much into the Christmas spirit. So this session was run like a Con game from the ground up. The party is called into the small Mexican town of Mesa Verda by  Father Pluatos after the appearance of a strange castle & lands one Winter morning. He had originally called in a Judge inquistor & co to investigate.  He hasn't heard from them in two weeks. Yes that's right last night I ran B1 In Search of the Unknown modified into a gonzo post apocalytic adventure. I used Swords & Wizardry to run this little debacle because it was the only thing on my hard drive at the time.  There was also the fact that we had access to the B1 Insearch of the Unknown Sourcebook available here from the Zenopus archives site 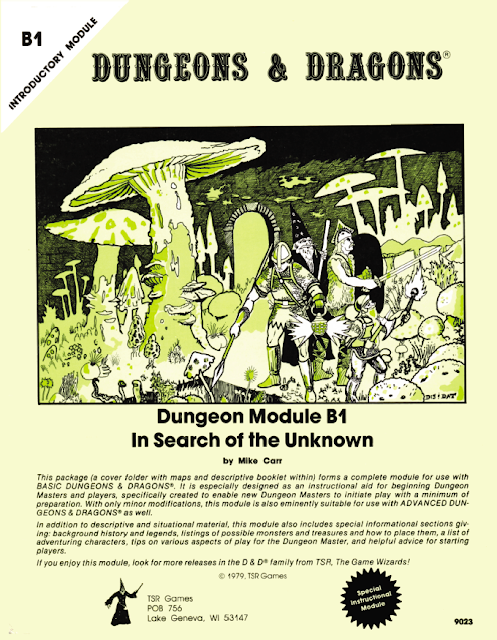 What the players didn't know was this was the return of one of the party's most hated villains Papa Marvin Slayer. Papa is a necromancer of a really nasty disposition whose got a hulking  double hit poiny juju zombie half orge body guard named Riley. Riley has killed off four PC's in the past and he fancies himself a full on metal head/biker. Papa raised the Caverns of Quasqueton & then punched into a post apocalytic reality. Now the players wanted a mix of D&D & post apocalytic types. And then it was Mad Max style combat. Thankfully there's a few resources that I happen to know out on the internet. My buddy Dave Miller did OSR Vehicle Rules. And also  Mega-City One Vehicles (OSR) And no none of the player's PC's were going to end up with a Lawgiver!  So the party came face to face with Pig Faced orcs armed with machine guns & cars! 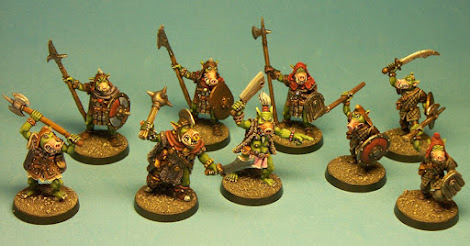 Otherworld Miniatures Orks frpm here.
The party had to think, move, & sneak by them to get into the works and then rolled a couple of grenades out into pizza. And the explosions finished most of the pork. The party ran into the corpses of the psi judges & the inquistor along with his adventurer back ups. The corpses were being fed on by trogoldytes. This time it was a bit of hand to hand with these scavengers. 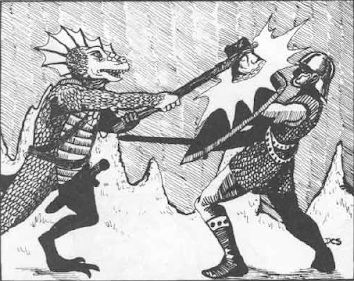 The party spent way too much time with the corpses & then it was wandering monster time. A small group of six skeletons in full armor made the party really hit bricks because they were intelligent, & fought more like Deadites then normal skeletons!

And this fight took up a great deal of the evening! And so we have to continue this another night.
Where will things go from here?! Who knows stay tuned!
Resources from the Osr Library

OSR Vehicle Rules (My take on them)

Email ThisBlogThis!Share to TwitterShare to FacebookShare to Pinterest
Labels: B1 In Search of the Unknown, B1 Insearch of the Uknown Sourcebook, Mega City One, Play Session Report, Swords & Wizardry, THe OSR Library, Zenopus Archives