Christmas Carnage - Thoughts on WG4 The Forgotten Temple of Tharizdun & The Cults of Tharizdun For A Modern Day OSR Campaign.

It has many names The Dark God, The Ender, He of Eternal Darkness, the Ebon God, the Black Sun, the Patient One, He Who Waits, the Anathema, the Father of Elder Evils, the elder elemental god, the Author of Wickedness, the Eater of Worlds, the Despised, the Undoer, the Chained God, the Chained Oblivion & it has made the crossing. Since dealing with both my Castles & Crusades Wilderlands of High Fantasy & Victorious rpg campaigns. Veterans of the Supernatural Wars rpg has generated a ton of interest among my players. So an old campaign notebook entry reared its head. Could the cult of Tharizdun present a dangerous and viable threat within a modern day Earth?! "WG4 The Forgotten Temple of Tharizdun was written by Gary Gygax and published by TSR in 1982 as a thirty-two page booklet with two outer folders; there are no modules with the codes WG1-WG3. ", this is the publication history that we all know. 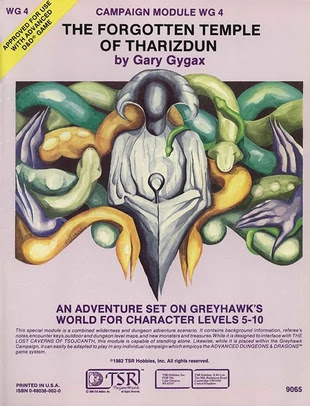 We know that the release of Iggwilv & her daughter is going to create two cults at least upon the world both demon worshippers & a vampire cult. But the greater evil maybe lurking in the background of the campaign yet to rear its head & that's Tharizdun.
Iggwilv is one of the keys to this & to this end I've placed an alternative version of her temple from S4 The Lost Caverns of Tsojcanth within  Maple White Land. Her black witch covens would have spread across South America, the lower half of the United States, & even up into the New England States. Why?! Her description gives her ambitions as not being seditary at all; "Iggwilv is said to have two forms, one of which is that of an old crone (said to be her true form), and the other, a human female of dark beauty. In the latter form, Iggwilv has long black hair and pale skin. It is said none who have seen her in her true form still live.[16]

She has many alternate names. On Oerth she has been called the Witch Queen of Perrenland and the Mother of Witches. She is known as Louhi on one alternate Prime Material Plane world, and as Ychbilch on another. Those close to her sometimes address her as Wilva." 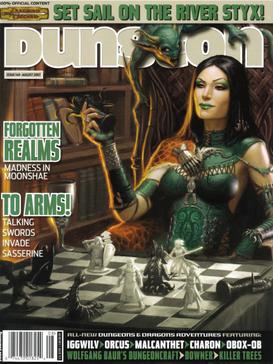 The real goal would be to suck Earth dry & then move on while releasing  Tharizdun. What would slow both Iggwilv & her daughter would be the fact that they don't share power easily with one another. Gary Gygax's version of Grayhawk had Gord The Rogue travelling the planes as a champion of Balance after a new cat lord was inserted into his place; ""Evening Odds" appears as story 14 in Pawn of Chaos: Tales of the Eternal Champion, an anthology of fiction inspired by Michael Moorcock's Eternal Champion mythos. The story takes place some time after the events of Dance of Demons. Gord has apparently been deposed from his position as the new Catlord and is traveling the alternate realities as a Champion of Balance. In the course of the story he upsets a plot by the archfiend Baphomet on modern Earth." 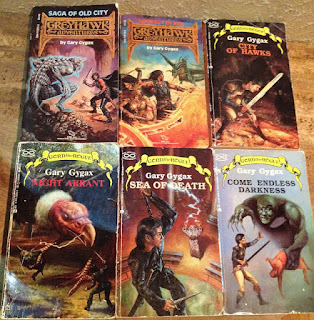 This places Gary Gygax's Greyhawk near to the Prime Material plane.  In fact that it also places The Wildlands of High Fantay near the planes Prime as well.
Several magazine articles in Peagus magazine the Judges Guild house magazine have the Wilderlands cross over near Earth's sphere. This very idea makes Earth a prime hunting ground for a number of Dungeons & Dragons monsters. 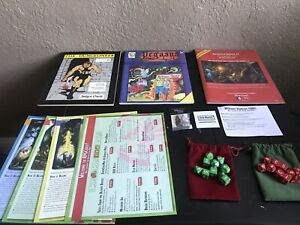 Tharizdun might already be touching a piece of the Earth's plane within this campaign world version of  WG4 The Forgotten Temple of Tharizdun. The cult of Tharizdun would rely on its inner circle members to be nilistic & dangerous undead fantics. Fanatics who would do anything to further their various masters agendas. There are plenty of idiots who would fall for the false promise of immortality that undeath brings. So the ranks of these cults would swell like a disease sweeping across the world. We've seen this type of event time & again within our modern world. Right now its just spit balling ideas out here:
Posted by Needles at 8:45 AM