Mega Structures Of The Past For Post Apocalypse Gaming ! 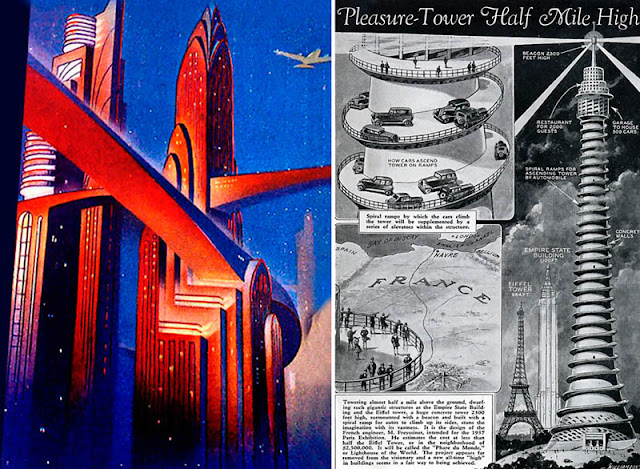 (left image via; right image: Popular Science, 1933)
These incredible images are from the Dark Roasted Blend Site.They might represent a cross section of buildings & monuments seen across the planes. The above image might be one of engineering marvels of an alternative Europe where the aesthetic is slightly different to our own.


"Metropolis" poster by Boris Bilinsky from 1926 and a street view: 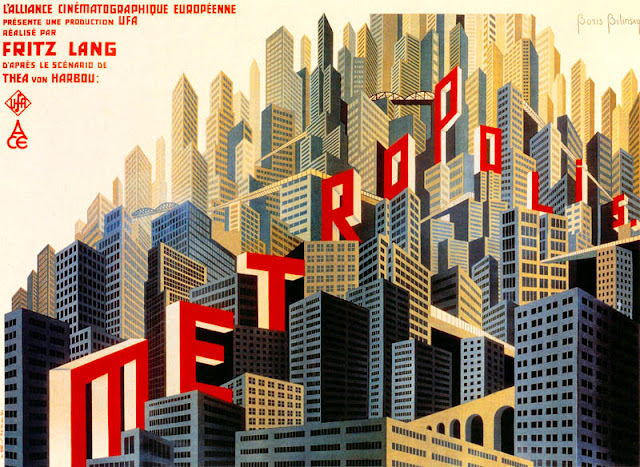 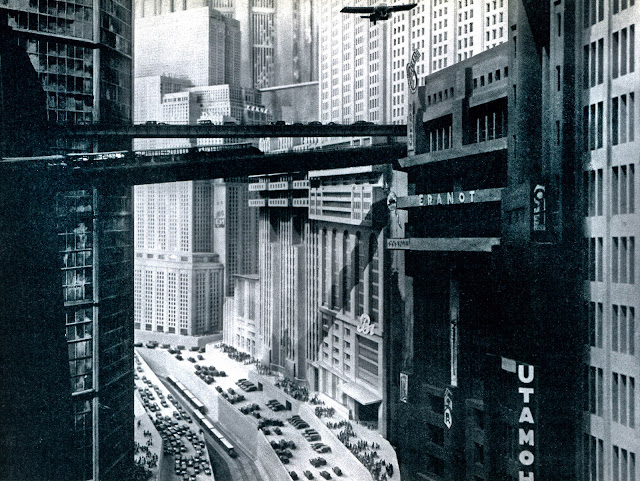 Over & over the city views of  this film have come to dominate the collective nightmare of our minds & gaming tables. One of the best books on the film is for the Cyberpunk 2020 game but could with little effort be used for both Gamma World or Mutant Future. Take a look Here


Frank R. Paul's science fiction illustrations define the gerne of the pulps & is well worth a look. The "Sky Captain & the World Of Tomorrow" style of his work represents dreams that never came to be & visions that belong to another era. Some of his work can be found Here
Frank R. Paul's vision of a mighty city from "Amazing Stories", 1928: 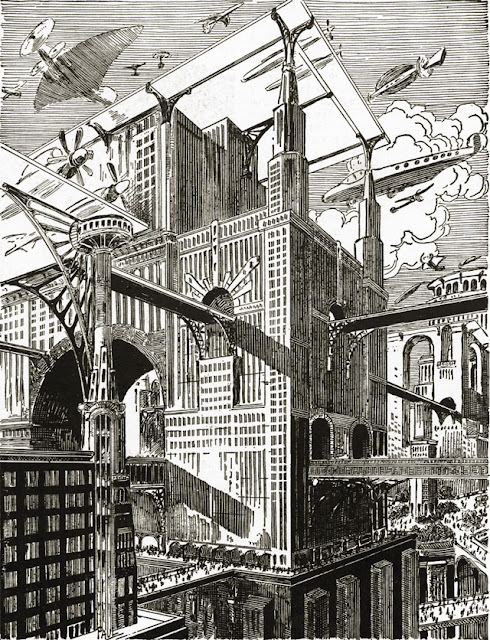 Note the "slides" cascading down the building! This picture is from 1934: 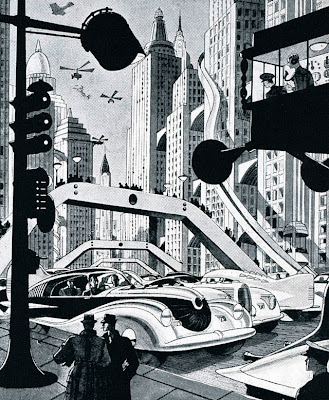 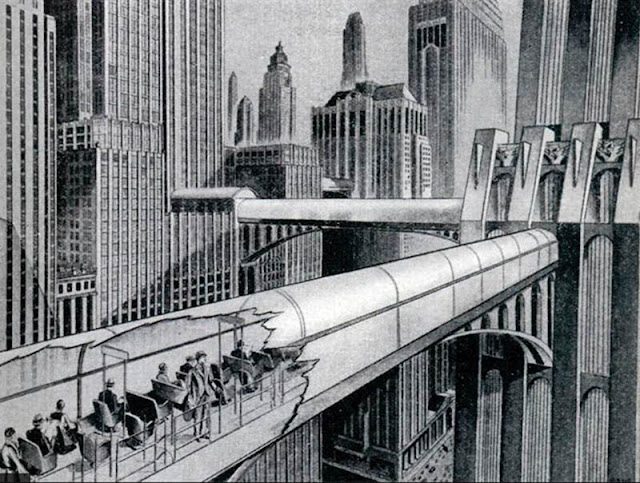 The complete link for this wonderful retro cityscape & many others can be found Here
Some of the best city land scapes & structures belong to Paolo Soleri whose architectural marvels I came across back in the 1970s in the Whole Earth Catalog.
(All images are copyright and by permission of Paolo Soleri, Cosanti Foundation)
He's the man whose vision defined the concept of Arcology & I believe really gave the idea of these mega cities the scale & vision that we still haven't matched.
Want to have your players exploring an entire campaign in one structure!?
Here's a quote from the original article, " Just look at his design for Babel (IID, if you want to be specific): an immense flared cylinder of apartments sitting in a saucer-shaped base of commercial and civil spaces, with some parks, of course. Total population? 550,000. That’s Seattle. That’s Portland. All in one structure -- a structure that’s 1,900 meters high and 3,000 meters at its widest. " 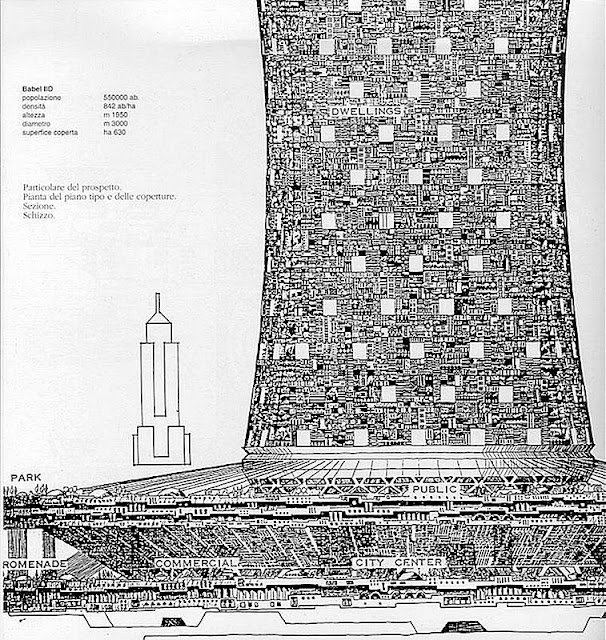 An entire campaign could be run within one of these megastructures & the party might not map a quarter of it. There are many more of these Here
Posted by Needles at 8:48 AM