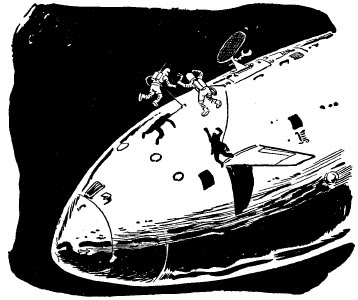 Tonight's game was late tonight but its been a wrap up game for the star system that the characters  are currently trying to stablize. The entire system has been cut off from hyperspace travel. The party is currently trying to weave its way to getting through the debris field which was the jump points for most hyper space in the system.
They came across one of these style of stations surrounded by a force field last game.

The whole operation was automated & the highlights of their exploration included the following.
The place was run by an android brain which was partially psychic & used an a large variety of capacities:
The whole operation was actually run by machines but the party didn't know this when the first of 4 automated carriers laden with explosives came into system from thought space. They didn't like the fact the carrier parked in orbit around the station & dropped a cargo deadly mines! 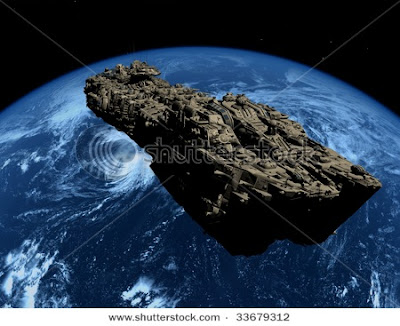 The other 2 carriers never made it through the thought space corridor that was created by the station's psy- interositor.  They were lost forever in the wilds of thought space. This gave the players some pause with using the concept for their advantage. Also travel by thought space is economically prohibitive over the long term. The energy needed & super science powers is prohibitive.
The party was waiting for their herd of space cows to make it to the debris field & milk them of the ore they had picked up last game. They're warrior was all set deploy the party's robotic drones to expedite the process. It never happened. The bio ship was out of commission for this game as well healing for wounds caused by its infection & the prolonged storage aboard the planetoid for several million years. Several of the players were tied up with extended rolls the entire game for this. Super science powers will only get you so far.
The puzzle of the space station deepened when another ship exited the thought space. A slave galleon with 10,000 slaves aboard in stasis. A series of FTL pings hit the station which dropped the force field for docking. The party took the opportunity to act with team work to take control of the android brain. They're robomancer made a series of rolls to break past the computer & android brain. The brain however had a demon watcher program sitting waiting for such event & activated frying the rig the robomancer was using! The robomancer eventually grabbed another computer rig from stores & was finally able to grab the situation but the demon watcher program committed suicide at that very moment! It nearly took the 10,000 slaves with it who were the family members of the rustlers from several games ago being used as insurance by the Nordstrum guild!
Several other things were discovered by the group as well :
All in all this was a good solid game in my opinion that gets the party really hating the main bad guys! The slave galleon was  autopiloted by an interocitor which melted down as soon as the party tried to mess with it. The instructions accompanying the components also caution that no interocitor part can be replaced, and to bear this in mind while assembling!
Their faces when the thing simply melted on them was priceless ! 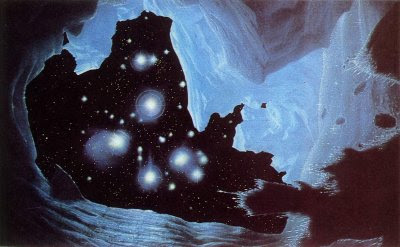