A Note On The Negative Plane !


Thew negative plane in my games is a rolling plane of black energy, changing locations, & a toxic waste dump of the multiverse. Its a place of billowing energies & rolling clouds of anti death. It provides a quick way to power but ultimately destroys those it touches. Only the highest users of super science powers can access it safely & even then there is a risk 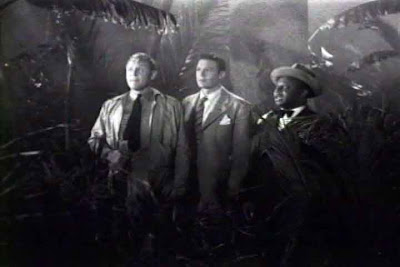 The crew Of The Phoenix's Wings might as well be given red shirts. The Dungeon Master can kill them, tear them up, grind them to bits, it doesn't matter!
Act 1
The signal came from one of the smaller argo plantation compound settled by the original colonist families. It can't can't compete with the larger operations like the one the characters encountered earlier.
Dr. Victor Sangre is a most genteel host & will provide for the characters every need. They must stay for a couple of days & he will provide  for them in style. Any mention of the undead & he will be slightly upset. Mentioning "native superstitions", quaint customs, & so forth. Dr. Victor Sangre is retired & seems to run things with a fair if ironed hand.
The characters will notice several odd things when they land on the Island.
Random Odd Events Table 1d6

Conclusion
The party has come in the middle of a critical time when the stars are right. The doctor (4th level scientist) was  a rival to the gentleman encountered in the first adventure & used a very risky super science power to act as a short cut to the negative plane. He has very little finesse & control that his rival did. Instead he has awakened a horror from beyond the great darkness that was imprisoned eons before man walked the Earth!
Give the characters a chance to escape the island & destroy the thing from beyond time & space!