Gamers love box sets & I'm no exception but there are times when you're playing a campaign & it simply ends. As a Dungeon Master you never get to use that box set, well ever! The problem is that you don't want to part with it because you've read the material & love it. Use the damn thing then! Take for example this wonderful box set..

Here's what the game is about:
Dark Continent is a roleplaying game of African adventure and exploration set in the age of colonialism. Players can take the role of Victorian adventurers emulating the real-life exploits of Burton, Livingstone and Stanley or the literary fictions of Edward Rice Burroughs, Henry Rice Haggard and Joseph Conrad.

This box set is a complete game in itself, with all the rules and setting information needed to create characters and expeditions and send them into the unknown. It contains two guides for players and gamemasters, a booklet with information on Zanzibar,and two blank maps for the players to charter the course of their adventures into Darkest Africa.
Now I've had the game since well, 2000 & haven't done a thing with it. After an abortive Call of Cthulhu campaign. It sat until I was sick over the weekend.  So lets unbox this sucker & see whats in it! 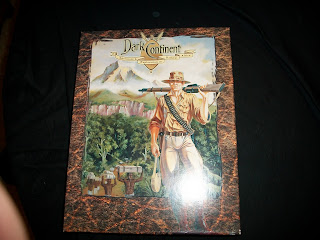 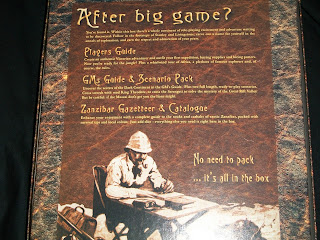 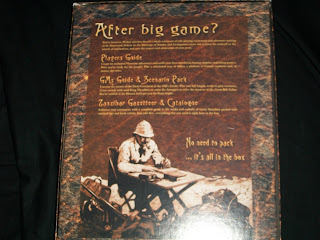 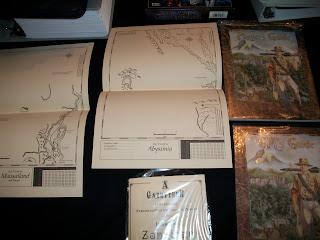 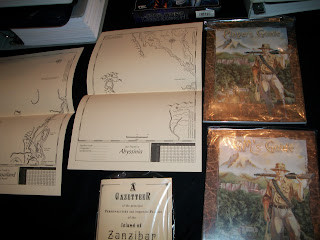 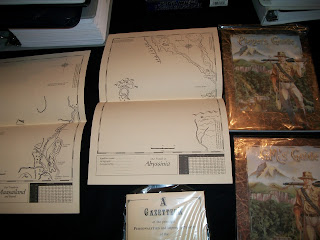 Lots of pretty stuff! A Gazetteer for Zanzibar which is the starting point for the characters! 2 maps for their treks through Africa.*
* Africa in this case is the Africa of Sir Arthur Conan Doyle & Edgar Rice Burroughs. Weird Tribes, weird tribal magic etc.
For adapting this to a Pulp Space Game like Human Space Empires or Traveller, etc. Its a snap. Change the humanoid species of the inhabitants, add star port, create a few encounters & your off & running!
If you need more Empire Of The Petal Throne grab your Book of Ebon Bindings & add a planar demon god with deep jungle temple.
But what about Darkest Africa itself.
Darkest Africa

The game itself is from the U.k. & its a game that is truly researched. The author loves his subject. Its a playable game & one which the players can take any number of roles. The game is easily adaptable to the Chaosium game system & makes a great addition to CoC.
Lots of historical detail but with pulpy overtones where needed, magic or no magic as options depending on how historical you want it, exploration, adventure, it's all here
Do I think its worth the $50.00 price tag? Hmm for a box set with others coming out today at 40.00 & up? Tough call really?
There are some great resources Here
Apparently the game is no longer available :(
Sorry folks
Posted by Needles at 9:49 AM