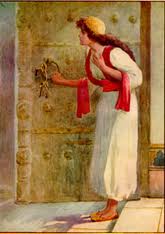 Across the vast scatterings planes of the universe the forbidden door appears on some random building on some alien world. It is partly open & it beckons to be opened.
The door is a whore tempting those with its secrets so the whispered legends go. Others claim it is part of the broken mind of a god.
The result is always the same. Whomever opens the door is whisked away across the planes to who knows where.  No god or demon can predict where the door will appear. Scientists, scholars, pirates all want to find it. There are those whose lives are centered around it. One astronaut cult offers some insight but it is suspect at best. 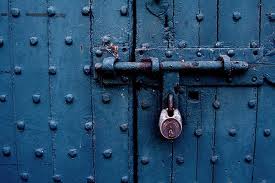 On some worlds it has appeared to be aligned with the powers of Law but this may be another door or simply another side of the same door. The priests refuse to speak of it & the gods of chaos merely shrug their collective shoulders.
The door sometimes appears locked with a puzzle lock daring a thief to open it. A few guild masters have done the task & no one knows what their reward is!
Others insist that the door is a random dimensional twilight zone left over after its world's destruction. 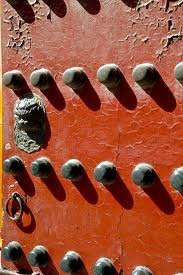 The door always seems to have an Eastern motif to it but from which world? The questions like all of the questions surrounding this galactic urban legend are simply unanswered. Still it is a lure but for what? 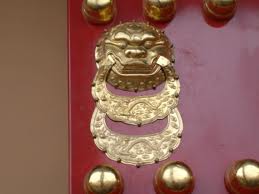 From time to time a guardian appears & animates but they seldom say or tell anything. They appear to be goblins or demons of  some type & when released they only laugh & smile. Nothing damages them or the door itself. It seldom stays in one place for an hour or a day at most then its off again. Luring, promising, teasing, & dooming those who open its forbidden secrets.