The old spacer looked into the astronaut's eyes as he poured the last of the Old Earth Whiskey. The gravity was just enough to let the old man do his job. The kid was 19 cycles out & still wet behind the eyes.
"They was spacecows but like none I've ever seen. They came outta no where & the herd was on green fire. The sort of hobgoblin fire my ma used to talk about. I'm telling ya they left our slow boat spinning as the came for us. The verse turned on a dime as we spun there. The damned thing though some of them seemed to pass through us. It was like we weren't even there for 'em  or something.
Some of our controls burned & burned even as the herd thundered around us. They passed over the ship & left blazing foot prints in the hull. That thunder was coming from our hull! There's no sound in space but they left it there!
They took McCready as one passed through our hull! One minute he's at his post an next he's seat's empty."
The old spacer shook his head & the cybernetics whined with the action. He looked at his own arm & grabbed a bottle of the good stuff. "Well son, let me tell you of  My experience with the herd."
The kid's eyes lit up with terror at the tone of the old bartender!

Space is filled with all manner of deadly things  but none so strange as the Space Bovines that seeming roam between the planes & the Outer Darkness. Where they come from no soul knows but they leave death & disease within their wake! The herd is only partially real in this space &  exists within the other. They take half damage from energy weapons but regenerate hit points at 1/2 per round! They're attacks are as a demon & they can melt metal with 2 rounds with 20 % of damaging hulls of space craft. There are 300 to 600 head of them per herd.
Their origin stories vary with the telling! Roll 1d10  on  the story matrix 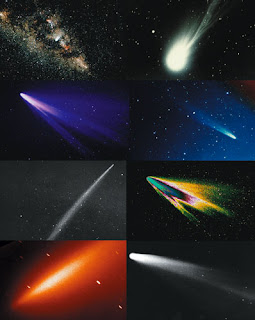 The herd is proceeded by incredible events that foretell its coming! Roll 1d10 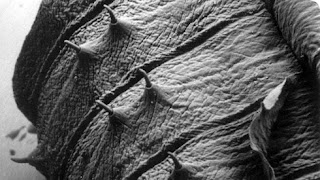 The herd has strange eldrith qualities from roam across the planar spaces.
Special Qualities Roll 1d10
These will be used in tonight's game expect a post soon!
Posted by Needles at 11:26 AM