"This MONSTER AND TREASURE ASSORTMENT (Levels One to Three) is one of a set and is designed as a playing aid for DUNGEONS & DRAGONS. By using the assortment lists, game judges can generate any number of appropriate monsters or treasure simply by dice rolling - thus saving time in play and preparation." 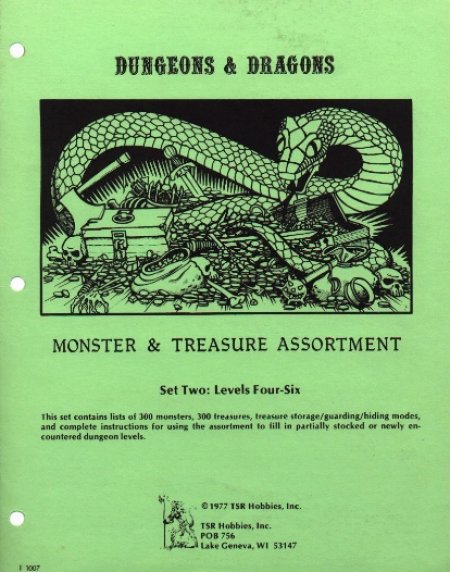 "Elisabeth Barrington reviewed the 1980 compilation of Monster and Treasure Assortment in The Space Gamer #36 in 1981.[2] While she felt that the lists would be of great use to the Dungeon Master for impromptu or random encounters, she went on to say, "Thirty-four pages of lists? And a lot of details are obscure - the DM has to create spells to go with magic items, and describe some monsters that aren't in the manual."[2] Barrington could only recommend this product "to DMs who suffer from occasional or temporary mental blocks."
Well who gives a crap no one cares about that old Monsters & Treasures book for original Dungeons & Dragons?! Interestingly a number of people seem to with a whole cloth history of the book & its incarnations or publications available on acaeum.com.  Well interestingly there are two things that immediately come to mind. Thing one is the fact that the Advanced Dungeons & Dragons Dungeon Master's Guide has the Random Dungeon Generator which has many of the same qualities of the Monsters & Treasures Assortment booklet. 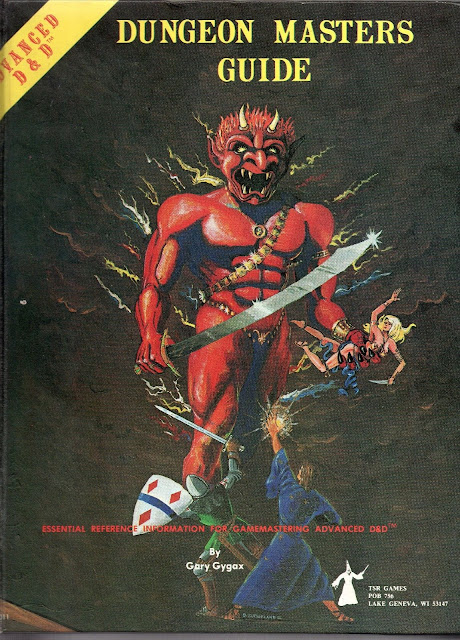 Now ages ago we covered the Ready Reference Sheets on this blog but we've been talking about both Astonishing Swordsmen & Sorcerers of Hyperborea rpg. And we've been talking about running Judges Guilds Wilderlands of High Fantasy with the AS&SH system. But if we back track to  the Advanced Dungeons & Dragons Dungeon Master's Guide which has 'the Random Dungeon Generator'. We can use this tool to knock together all kinds of randomly created Sword & Sorcery ruins or dungeons easily. If we use these tools with the Ready Reference Sheets by Judge's Guild we get a whole cloth randomly created campaign setting material at cost. This means that the players will have absolutely no frame of reference to rules lawyer or ruin the randomly created dungeon that 'isn't supposed to be there'. 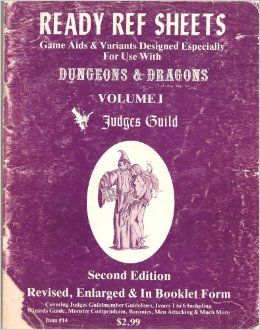 This basically means that while a pain in the behind the DM has total freedom to lay down their own take on the dungeons & ruins encountered among the Wilderlands of High Fantasy. But what about adding in something really different?! Well I keep mentioning the Random Esoteric Creature Generator for Lamentations of the Flame Princess. What if there was a way to create random NPC abilities that are more akin to chaos mutations then they are to spells randomly generated. I ran across this thread on the LoFP forums from '09 that suggests exactly this by Geoffrey from 2010. 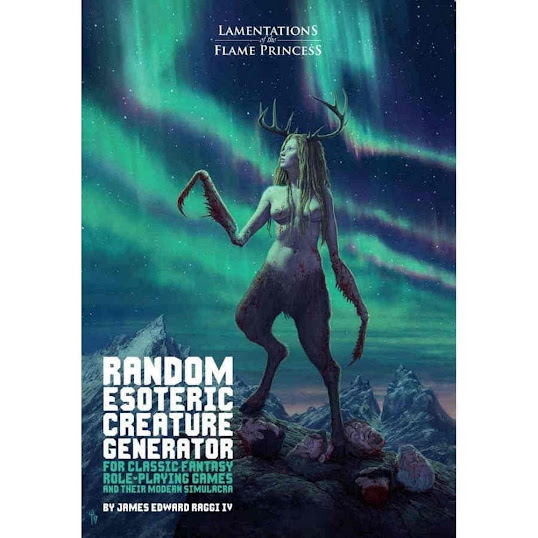 Add any of these adventure elements to our discussion on B1 In Search of the Unknown by Mike Carr & you end up with a very random & dangerous Swords & Sorcery Wilderlands of High Fantasy setting with a highly Chaos driven twist!
Posted by Needles at 4:40 PM