"Between the sun's departure and return, the Silver Death had fallen upon Yoros. Its advent, however, had been foretold in many prophecies, both immemorial and recent. Astrologers had said that this mysterious malady, heretofore unknown on earth, would descend from the great star, Achernar, which presided balefully over all the lands of the southern continent of Zothique; and having sealed the flesh of a myriad men with its bright, metallic pallor, the plague would still go onward in time and space, borne by the dim currents of ether to other worlds."

The Isle of the Torturers

So hoping everyone is having a happy holiday & readers are having a happy Easter with their families. Never one to sit on our laurels last night was a very producutive phone call with my fellow DM's. We started talking about the recent Astonishing Swordsmen & Sorcerers of Hyperborea bundle of Holding.
All of us got in on the action because it benefits St.Judes. We've been getting a Hell of a lot of Sword & Sorcery mileage out of this lately at the table top. And we've been talking about running Judges Guilds Wilderlands of High Fantasy with AS&SH. This has been a very popular topic here on the blog as well. But what happens when we revisit the beginning adventure in AS&SH 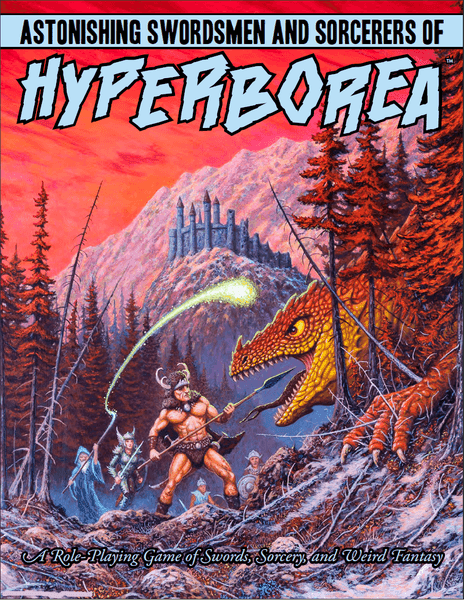 So let's dive back into the fact that there may be a Hell of a lot more going on below the surface in AS&SH's beginning adventure  'The Black Moss Hag of  Lug'?! What the Hell are you guys talking about the adventure is based on the Robert E. Howard Story 'The Worms of the Earth'?! The adventure background concerns the Roman Ninth Legion that disappeared into the planar ether & arrived on Hyperborea. 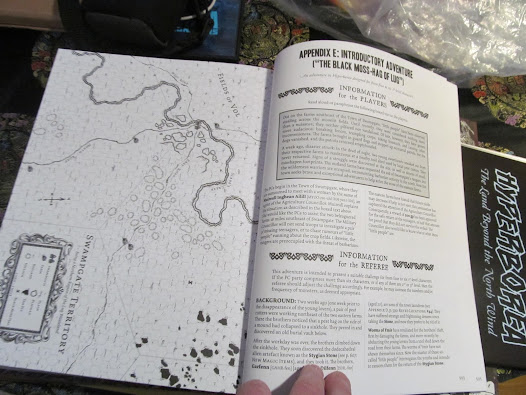 Now there's no secrets there but the Moss Hag herself is highly knowledgable about the goings on within that old copper mine at the heart of the adventure. And what if she doesn't give up all of her secrets easily?! What if our moss hag was actually a part of an ancient coven on the Wilderlands?! What?! That was DM Steves reaction last night. What if the moss hag was actually a member of the Witches Court that gathers within  Judges Guild 'The Witches of Court Marshes' by  Bryan Hinnen module; "The fifth book in the "Wilderness Series", danger awaits on All Hallow's Eve, Witches of the world are gathering en masse, the peasants of the area are going to leave, unless you can stop the wicked Black Mass.  26-pages of maps detail the area around the Witches Court Marshes and the village of Grita Heath.  Complete description of the Witch character class.  Many witch NPCs are detailed.  Three level lair of Mordridda Dungeon under the Marshes contains fabulous wealth and dangerous adventure." 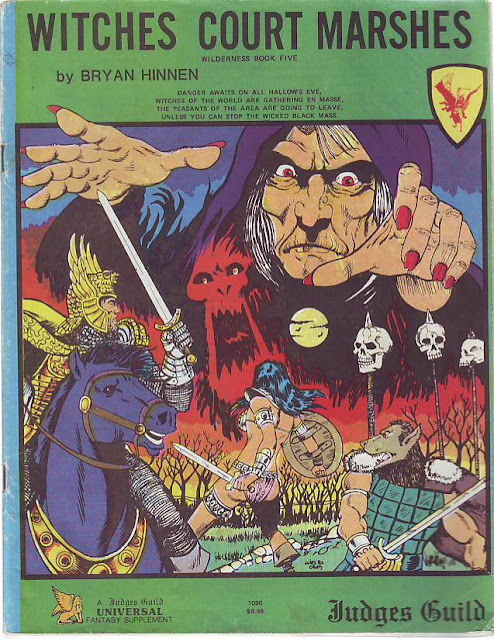 Now this module doesn't fit the City State of the Invincible Overlord series of JG's modules why?! The area is one in which the City State army hosts battle and skirmish. Well that's easily explained. The area in question is used by the army part of the time & there are 'accidents' that happen to army trainees that serve as sacrifices for the witches. The army is complete unaware of the area's evil reputation or don't care. The nexus gate way only opens when the Witches Court gathers on all Hallow's Eve when all four thousand of the witches of the Wilderlands gather. What is a nexus gateway!?  A Nexus gate is a  a huge area of trans-dimensional flux, and gates from many different worlds touch the Wilderlands . It is these very Gates that caused the long conflict known as the Nexus Wars. Wait so why haven't these witches overrun Hyperborea?! The answer is that the gatway hasn't been in use since the Silv erm Green Death plague wiped out most of  Lug's population. Quite frankly the Witch Court priestess has stood on guard for centuries in Lug. She continues to do so even up to the events 'The Black Moss Hag of  Lug'. A few witches make the crossing from the Wilderlands of High Fantasy into Hyperborea. But their not looking to conquer Hyperborea only spread their corruption & maintain their shrines upon the cold icy land.
But this isn't the only point that the alien gate ways open unto. The fallen godess Terpsichore, Greek muse and patroness of dancers is also a supporter of the numerous  witch covens of the Witch Court. We're talking about using  Lamentations of the Flame Princess Rpg adventure  Rafael Chandler's No Salvation For Witches here.  An adventure whose events might let loose hordes of randomly generated  demons upon Hyperborea's Lug region. This makes the area around Lug prime for a knightly purge. Clerics & paladins of Mitra might have to bring the light of their god shining to the dark corners of Hyperborea.
Revisiting Lug during certain times of the year could potentially be very dangerous. Those making the crossing into the Witches Court of the Wilderlands don't comeback at all.
Posted by Needles at 11:42 AM