It! The Terror from Beyond Space 1958 film adapted for The Cepheus Engine's Hostile Rpg Setting

The Martian Reptilian is a horror from some unknown star system that crash landed on Mars or perhas a mutated survivor of some lost Martian civilization. The xeno reptilian as it has become known is a strange abomination like exotic hybrid of the Reticulan Xenomorphic & some unknown alien life form. The creature shares many of the xenomorphic biological & ecological traits. This includes an insane instinct  towards violance  & reproduction. 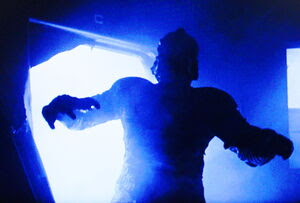 The xeno reptilian was first encountered by the  Carruthers expediation after exploration missions to Mars for the reopening of the colonies,bases, & exploration of resources after the Fall of Man. The   Carruthers expediation was murdered by the xeno reptilian after encountering the alien. The bodies of the crewman only left , Colonel Edward Carruthers alive. The bodies of  the colonial's crewmates were saved by the alien for food for the growing reptilian larva. The xeno reptilian larva would burst from within the crew's chest & then feed upon the body to grow into the next stage. Colonel Edward Carruthers  was accused by the Earth authorities of murderingg his crew man. And this so insensed his fellow countrymen that they mounted another expediation to find out what happened to the first. Colonel Edward Carruthers was spared to provide a host for the next generation xeno reptilian.
The xeno reptilian is an incredibly powerful built semi xenomorphic humanoid whose alien organs & circulitory system makes it immune to small arms fire, most melee weapons, and even some energy weapons. The powerfully built alien is capable of ripping small metal apart with its bare claws. The claws themselves have powerful alkoloid posion glands built into them capable of paralysting a grown man or woman. 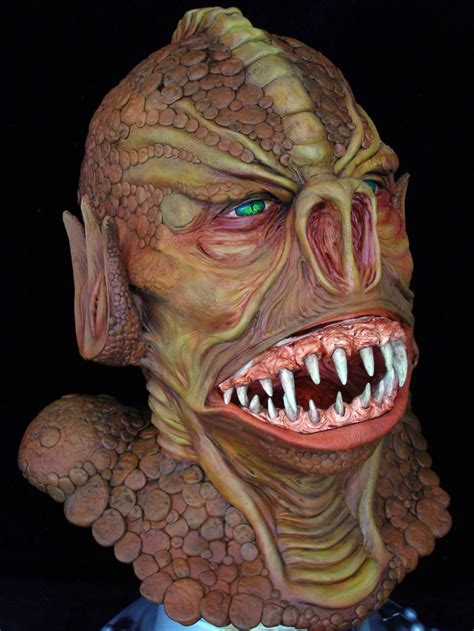 Prey is often takn alive to allow the monster later on to consume it at the beast's leaisure  after being paralysied by the monster. The monster is capable of webbing into place a victim which  same will  slowly morph into a xeno reptilian egg. The monster is deadly beyond compare flying into a violent rage at the drop of a hat. Its claws capable of rending light metals apart easily. 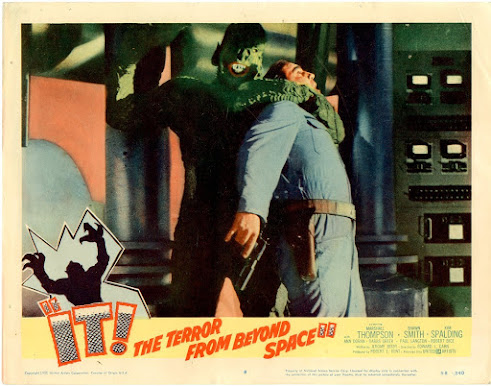 The xeno reptilian has been found on other worlds as well where its colouration, camoflauge, & even looks are slighly different. But its tactics, life cycle, as well as the passion for violent behavior remains.

The xeno reptilian life form is hardy, highly adaptable, and capable of taking on many larger groups of PC's. Since It! The Terror from Beyond Space is a spirtual precursor to the Alien franchise I decided to modify it to work with the Cepheus Engine inspired Hostile Rpg setting from Zozer Games. 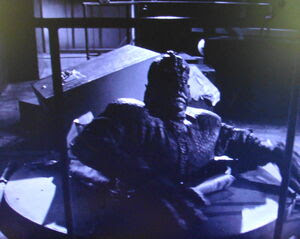