"The king requests your presence in the honorable kingdom of Norwold. If you're worthy, you may be appointed lord of a dominion filled with friendly villages, sturdy fortresses, and raging band of monsters. 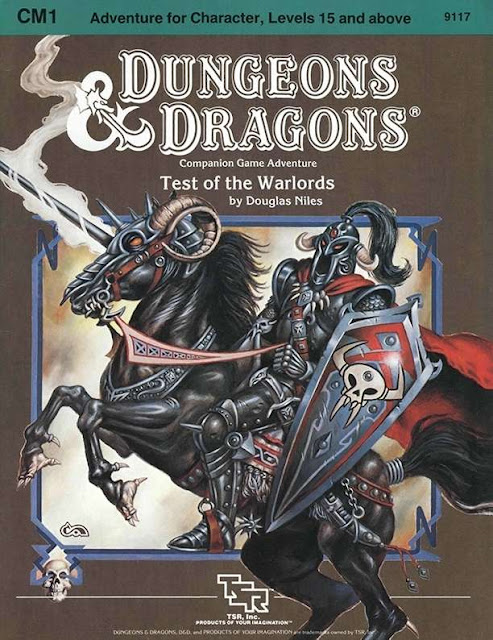 If you've been following the many Astonishing Swordmen & Sorcerers of Hyperborea blog entries on this blog then you know all about the backroom prattle that's been going at our table top. The idea here being using the AS&SH rpg to run Judge's Guilds Wilderlands of High Fantasy campaign setting. But wait why is a Douglas Niles high level module written in Eighty four here?! And why CM1 'Test of the Warlords'?! Well besides the fact that module takes place in a Norwald setting there's a wee little tid bit that got mentioned in the Wizbro's Drivethrurpg entry for CM1 'Test of the Warlords'; "
Mark Bertenshaw notes that some of these primordial details of Alphatia and Thyatis that are found in this adventure are later contradicted by Dawn of the Emperors, including the age of the two countries. "Test of the Warlords" also claims that Alphatia is secretly the empire of Atlantis, something that's repeated nowhere else in the literature on the Known World."  Well that's merely an interesting foot note in BECMI history.. Umm yes & no. First the product history;" CM1: "Test of the Warlords" (1984), by Douglas Niles, was the first of nine Companion-level adventures for Basic D&D. It was published early in 1984."
If we examine the fact that perhaps Alphatia is secretly the empire of Atlantis's remains within the Wilderlands of High Fantasy. Then it makes a bit more sense that Atlantis's barbarian remains are scattered across the Wilderlands. I'm not talking about the whole of Mystara being a part of the Wilderlands far from it. Instead that the Dawn of the Emperors campaign setting  in the world of the GAZ series is another country in the greater part of the Wilderlands. 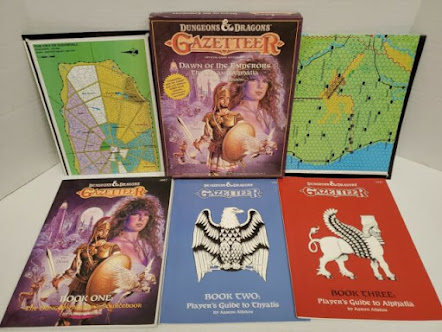 This gives a Roman like empire right on the heels of the Wilderland's next door neighbors. And a possible set of nasty trade partners for The City State of the Invincible Overlord. And it means a Frazetta style world with a nasty Roman Empire mini empire right in the back pocket.
So what does this mean for  CM1 'Test of the Warlords'?! It means that the vast  hordes of humanoids breathing down the neck of the frontier are going to be very dangerous to handle. It also give the PC's the chance to go from mercenary company to full fledged royals in one shot.
You get Frazetta style Sword & Sorcery adventuring with Roman empire shadow play all within the context of a possible style simple Chess meneuver adventure.
And what about the City State of the Invincible Overlord itself?! 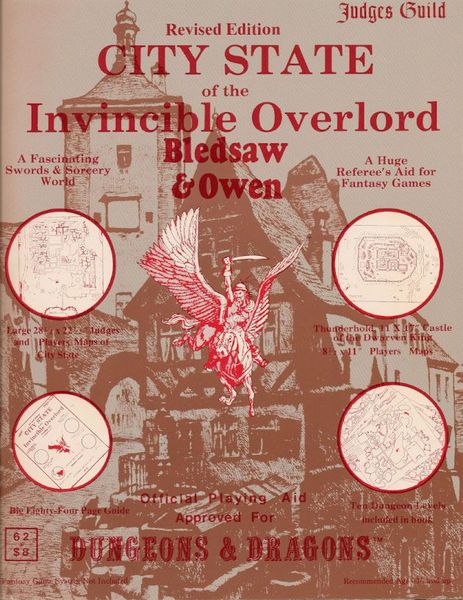 And what is it they say?! Higher levels higher troubles?! Remember we're talking about AS&SH which means that the savage swords & super science is turned up to eleven. Then it breaks the knob off. CM1: "Test of the Warlords" (1984), by Douglas Niles is empire building pure & simple. But there are still legendary savage swords & super science   artifacts within the Wilderlands. These are not going to be easy to recover for use in warfare. Countries & mini empires could go to war over these items.
Higher levels means higher level problems & this also applies to Hyperborea where the events of CM1: "Test of the Warlords" (1984), by Douglas Niles could theoretically kick off some rumbles of rebellion among Hyperborea's human &  humanoid tribes. Nothing happens in isolation. Control of artifacts might also mean control of the Wilderlands Nexus Gates & this could theoretically kick off another Nexus Gate War.  CM1: "Test of the Warlords" could become the opening salvo in a royal war of epic proporations. Those royal titles within CM1: "Test of the Warlords" could come with far more responisibility then the PC's might know. Imagine that all of this aligns  with the events of the  English Civil War of  England Upturn'd for Lamentations of the Flame Princess?! Well the fires of war are truly stoked. 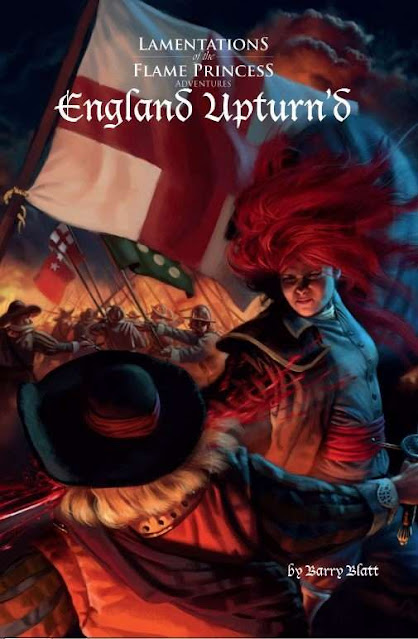 How?! Well what if the powers of the Chaos Lords decide that its time for a little game of 'war' & their actually the reason for the humanoid horde push & the little occult goings on in England Upturn'd. But why would the powers of Chaos do this?! Short answer?! Because they can! The powers of Chaos in Michael Moorcock's fiction don't play favorites except when it comes to the agenda of extinction in the sagas.
Posted by Needles at 12:12 PM