" Moving in solemn pageant, with dark and haughty and hollow faces, the dead emperors and empresses of Cincor made obeisance to Mmatmuor and Sodosma, and attended them like a train of captives through all the streets of Yethlyreom. Afterward, in the immense throne-room of the palace, the necromancers mounted the high double throne, where the rightful rulers had sat with their consorts. Amid the assembled emperors, in gorgeous and funereal state, they were invested with sovereignty by the sere hands of the mummy of Hestaiyon, earliest of the Nimboth line, who had ruled in half-mythic years. Then all the descendants of Hestaiyon, crowding the room in a great throng, acclaimed with toneless, echo-like voices the dominion of Mmatmuor and Sodosma."
Clark Ashton Smith -  Empire of the Necromancers


A question that hovers in the back of my mind over & over again is what happened to the natives of Old Earth in Astonishing Swordsmen & Sorcerers of Hyperborea rpg's Hyperborea setting. The short answer is that they never left?! Here me out here. Unlike Tolkein's Lord of the Rings, there were no Saurons  per say in Hyperborea. Instead we had the coming of the Whi erm Ashen worm. But does this leave out the silent kings & queens of the darkness?! 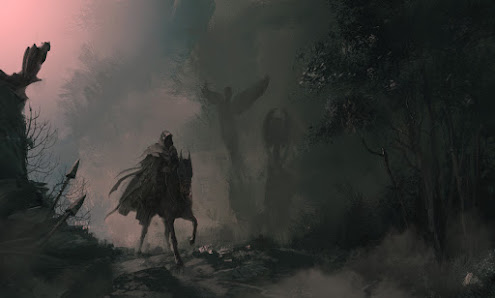 Instead  in CAK's Hyperborean cycle what we have is the rise of the White Worm an Outer god of tremendous power signaling the end of the Hyperborean world. Here we see the true Cosmicism of Clark Aston Smith's take on the Lovecraftian entities.
What does all of this mean?! In AS&SH the diabolic, the demonic, & the dead are all under the heading of necromancy something that goes deeply back into the old school roots of the hobby. This goes all of the way back to the October 1980 issue #42 of Dragon magazine in the article Demons, Devils and Spirits By Tom Moldvay. 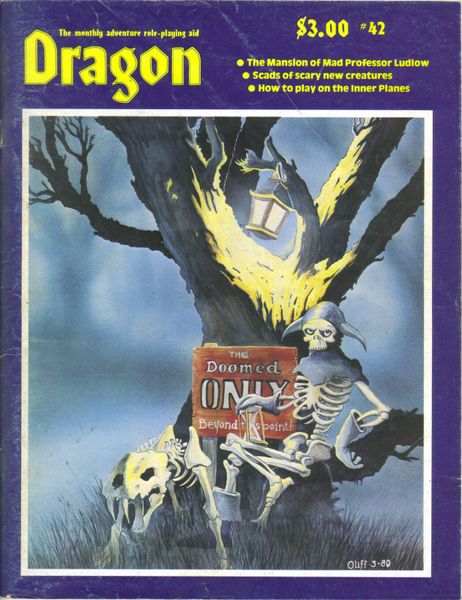 Some of the more powerful undead of Hyperborea are left overs from Old Earth & the Green Death. They are not ready to let go of their kingdoms, their subjects, nor their riches & yet there are brand new peoples coming for these ancient holdings. And in underborea there are the old Hells still peopled by hordes after hordes of the damned tended by ancient evils & demon kings. Patron demons handle all of the day to day deals & magicks of their necromancers. 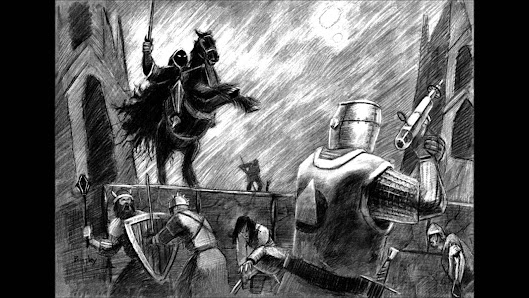 Old kings of the dead are not ready to give up on their kingdoms of dust & places of power on Hyperborea. The dead do not molder quietly in the ground nor in the long extinguished flames of funeral priors. Mega dungeons on Hyperborea are not simply the usual mega dungeon perhaps instead they really are kingdoms of the unquiet dead moldering in the shadows of former empire. Places where the necrotic energies wash up against the shores of forgotten shattered realities long since gone. 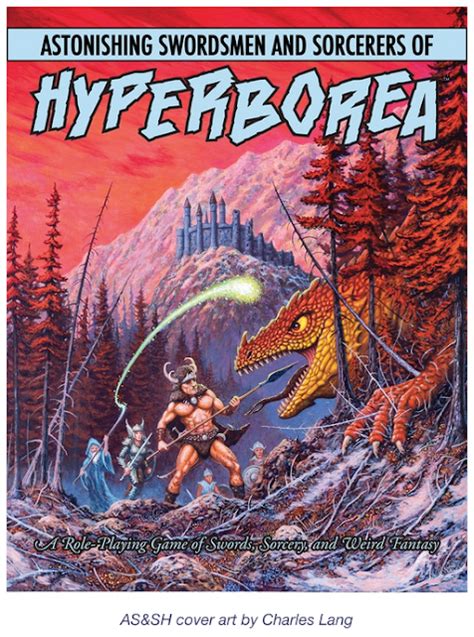